This week, Tom Brady has been sharing glimpses of his family trip to Costa Rica on social media. On Thursday, he went on a horseback ride with a machete. On Friday, he and his daughter Vivian jumped off the edge of a waterfall.

In the video, the Patriots quarterback holds his daughter’s hand as he counts to three. The six-year-old appears hesitant to take the plunge, leaving her with an interesting move as she falls to the water. Although a couple of onlookers let out a shriek, both Brady’s appear to come out of the experience fine.

“If Vivi is going to be an Olympic champion one day, it probably won’t be in synchronized diving,” Brady captioned the video. “Daddy always give her a 10 though! ???” 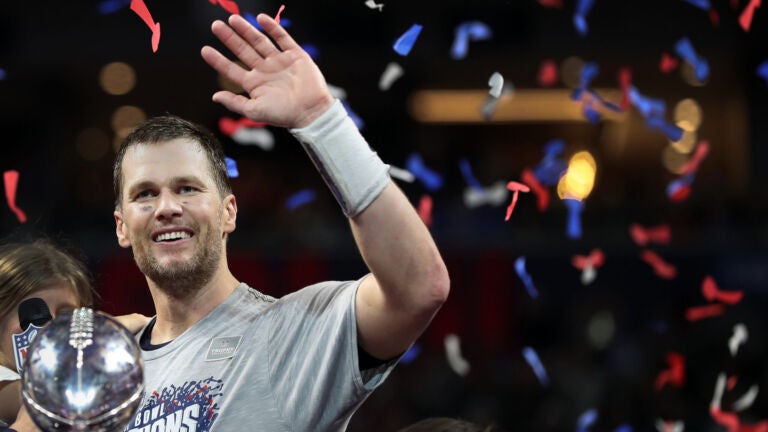 'I love you all': Tom Brady posted a Patriots-heavy tribute video