“Everyone has a lot of different roles on this team,” Etling told reporters after practice. “I’m no exception, so I’m excited to continue to keep trying to find a different role for myself and keep doing what the coaches ask me to do and keep learning from the leaders in front of me.”

Lining up as a receiver is a new position for Etling, who was drafted in 2018 as a third-string quarterback. He spent the majority of last season as a member of the practice squad. Though he did not log a single snap during the NFL regular season, he sure made a name for himself when he bolted for an 86-yard touchdown during New England’s preseason finale last season.

Etling wouldn’t specify when exactly the coaches relayed the news of his position change, nor would he say how long he’s been working on any new skills. He said he had already learned as a rookie that he’s going to have “different responsibilities” each week.

“One thing’s definitely for sure in football is there’s always constant change, so you definitely want to continue to develop as many skills and talents as you can to help the team and help the team expand,” Etling said.

So, how much experience does he actually have at wide receiver?

“I’ve not really played it, per se,” Etling admitted.

But he’s hopeful his experience at quarterback and his understanding of the offense will facilitate a level of comfort. Etling wouldn’t say if he’s reached out to others for advice, saying a number of teammates have been helpful. Wide receiver Julian Edelman seems like a natural resource, given that Edelman made the same transition after college.

Etling noted there’s no disappointment in shifting away from the quarterback position.

In fact, he wouldn’t confirm whether the change is even permanent.

“I’m going to do whatever it takes for myself to help the team out,” he said. “Whatever role the coaches ask me to do, I’m going to do it to the best of my ability.” 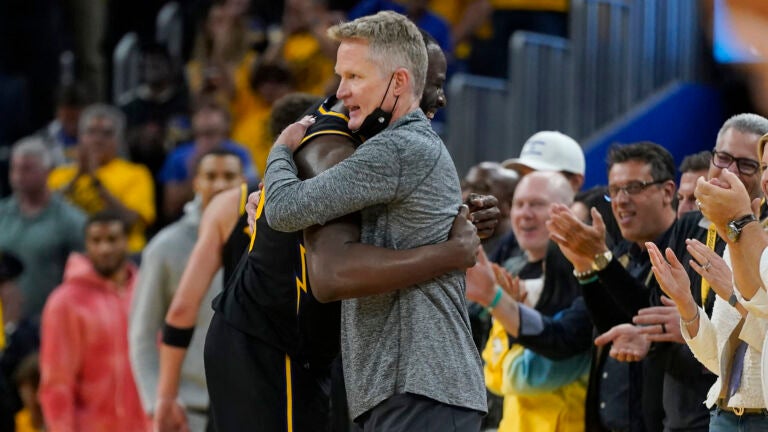