The Red Sox lost to the Padres on Sunday, 3-1. Manny Machado’s two-run home run proved to be the difference. Boston is six games behind the final American league wild-card spot.

And after suffering a loss for the first time since 2006, Team USA responded to its exhibition defeat against Australia on Saturday with an 84-68 victory over Canada. The game is another tune-up for the upcoming FIBA men’s World Cup. Jaylen Brown posted 19 points.

“It’s his life. Everyone has the right to choose what they want to do,” Brady explained. “He had a great career and he was a great player. Everybody wishes they could be healthy all the time. It is a contact sport and he’s certainly had his fair share of injuries, so guys retire at different times. Some at the end of the season, and I have seen a lot of guys retire before the season gets going and this is just one of those examples.”

Luck’s decision to retire at 29 contrasts with Brady, who has shown extreme endurance in his NFL career, continuing to play at the age of 42. Hill then asked Brady if the harder part of playing for so long was the physical or the mental demands.

“I think it’s everything,” Brady explained. “I think there’s definitely a physical element. I think there’s definitely an emotional element. I think there is a mental element. Everything in my view really has to come together for you to be the best version of yourself as a player, and it takes a lot of support. It takes a lot of people. You see certainly, you can see me as an individual doing that. I have the support of my teammates, of my coaches, of my family, of my friends, Alex [Guerrero], my training system.

“All those things really need to come together in order to continue to achieve,” Brady continued. “It feels great when you have that support because a football season is like a marathon. There’s moments where it is very challenging whether it’s physically, emotionally, or mentally — you need somebody to help you push through the hard parts because it’s not all easy. It’s a great challenge, but it is very rewarding when you meet the challenge, too.”

Trivia: Who was the last Patriots defensive player to total 10 or more sacks in a single season?

Hint: He played for Syracuse in college.

“To Andrew, a guy you always want on your team but most importantly always in your corner,” wrote Brissett on Instagram. “Thank You!”

Kemba tipped it to himself to finish a drive in a pre-FIBA World Cup game against Canada:

Bill Belichick made a Colts joke before the Patriots’ ring ceremony:

Watching a screener of Do Your Job Part III. Bill Belichick got a laugh at the Super Bowl LIII ring ceremony when he said, “Josh, glad you didn’t go to Indianapolis. Let’s start with that.”

On this day: In 1971, the Bruins announced that Bobby Orr had agreed to a new contract. The deal was was later revealed to be for $1 million in total salary over five years (averaging $200,000 a season). Orr became the NHL’s first million-dollar player, though the Bruins denied the figure was that high when the new deal was first unveiled. 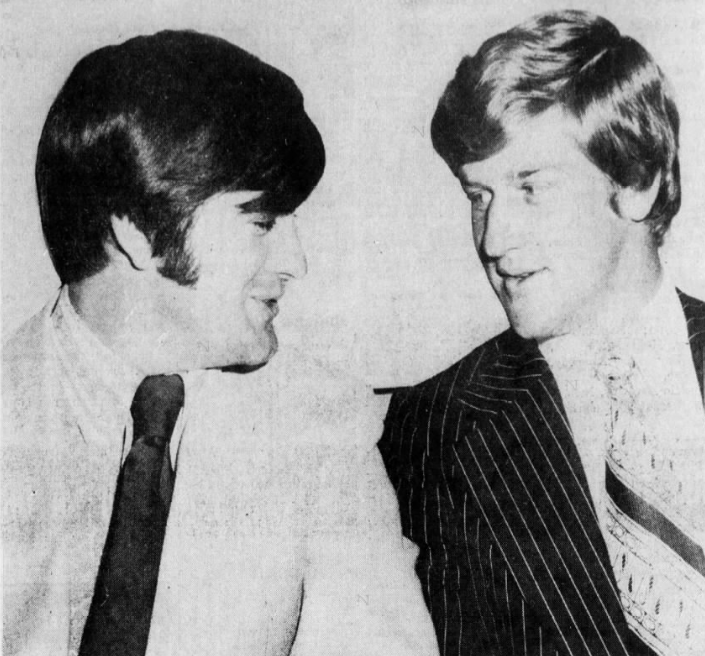 Daily highlight: Jackie Bradley Jr. added another one for the montage.