Rob Gronkowski isn’t ruling out an NFL comeback, but made it clear during a press conference Tuesday that he has no plans to return anytime particularly soon.

The 30-year-old former Patriots tight end, who retired in March, was even moved to the verge of tears when revisiting the pain he endured from football.

“I want to be clear to my fans: I needed to recover,” Gronkowski said, his voice wavering. “I was not in a good place. Football was bringing me down. And I didn’t like it. I was losing that joy in life, like the joy. I’m sorry right now, but ah, dang — I really was. I was fighting through it.”

Rob Gronkowski addresses whether or not he is coming back to the NFL: “Football was bringing me down.” pic.twitter.com/SM9P084Rcj

In one example, the five-time Pro Bowler recalled the painful recovery from a deep thigh bruise he suffered during the Patriots’ Super Bowl win last season against the Los Angeles Rams — and how he could barely walk or sleep after the game.

“I slept for five minutes that night,” he said. “I couldn’t even think. I was in tears, in my bed, after a Super Bowl victory. It didn’t make that much sense to me.”

Gronkowski announced a new business partnership Tuesday with Abacus Health Products to advocate for the cannabis derivative CBD an as alternative for pain management.

“I knew what I signed up for, and I knew what I was fighting through,” he said. “I knew I just had to fix myself. And I believe I have the tools.”

Gronkowski floated the possibility of returning to the NFL, if he feels a desire and passion for playing the game again. But, he said, “as of right now, that is not the case.” 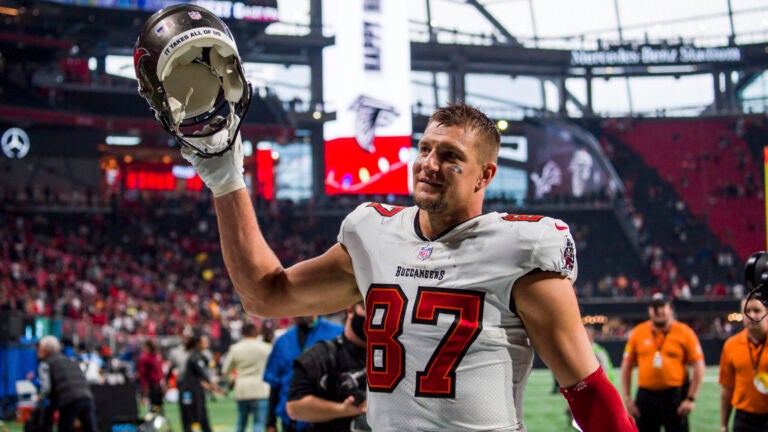