Before the Patriots beat the New York Jets, 30-14, on Sunday, CBS reporter Dana Jacobson asked Bill Belichick what “the final straw” was with Antonio Brown.

The head coach responded by saying: “We’re focused on the Jets today,” to which Jacobson said, “Thank you, coach.” Belichick then gave Jacobson what many have referred to as a death stare, looking at her for a solid two seconds before nodding his head and walking away.

I guess this explains why we never got his R.S.V.P. https://t.co/hhQJXhxUUf

Jacobson is set to marry Celtics radio play-by-play announcer Sean Grande in the coming weeks. Grande played along after seeing Belichick’s reaction, tweeting: “I guess this explains why we never got his R.S.V.P.”

He’s my best friend and my biggest champion. Amazing how one lunch can forever change your life for the better. ❤️ #engaged💍 @brilliantatl

Belichick’s glare drew criticism from other sideline reporters and journalists, who credited Jacobson for doing her job and asking a relevant question.

I’m all set with the “how dare you?” stare down….@danajacobson wasn’t the one who signed Antonio Brown… https://t.co/shvWxyziuk

In addition to working games for CBS, Jacobson is the co-host of “CBS This Morning Saturday.” 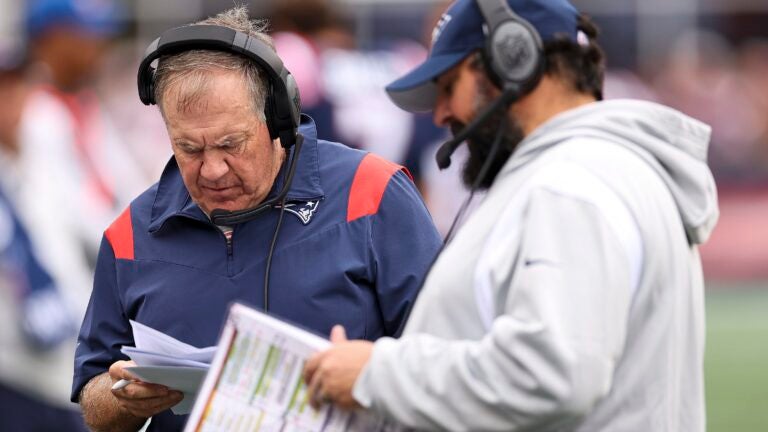