How did Patriots linebacker Kyle Van Noy feel about the 15-yard penalty he got during the fourth quarter of Sunday’s 16-10 win against the Bills?

He takes responsibility, but thought the “dumb Philly special” was happening.

“I mean, when you’ve been hit with that dumb Philly Special, that’s an everlasting thought in your mind,” he said.  The AFC defensive player of the week is referring to Super Bowl LII against the Eagles, in which Eagles QB Nick Foles called a trick play on the 1-yard line that resulted in a touchdown. He thought Bills’ quarterback Matt Barkley was also calling a trick play.

.@NFoles_9 made the call, made the touchdown and made history. #PhillySpecial

“You don’t want that to happen again,” he added. “I think going back, I think he’s not eligible under center. I think it’s just shotgun. But [the possibility of passing to the QB] is still in the head. So at the end of the day, it’s a bone-headed play by me.”

Van Noy went on to explain that he felt like he only pushed Barkley, but the hit from behind earned him a flag for unnecessary roughness. 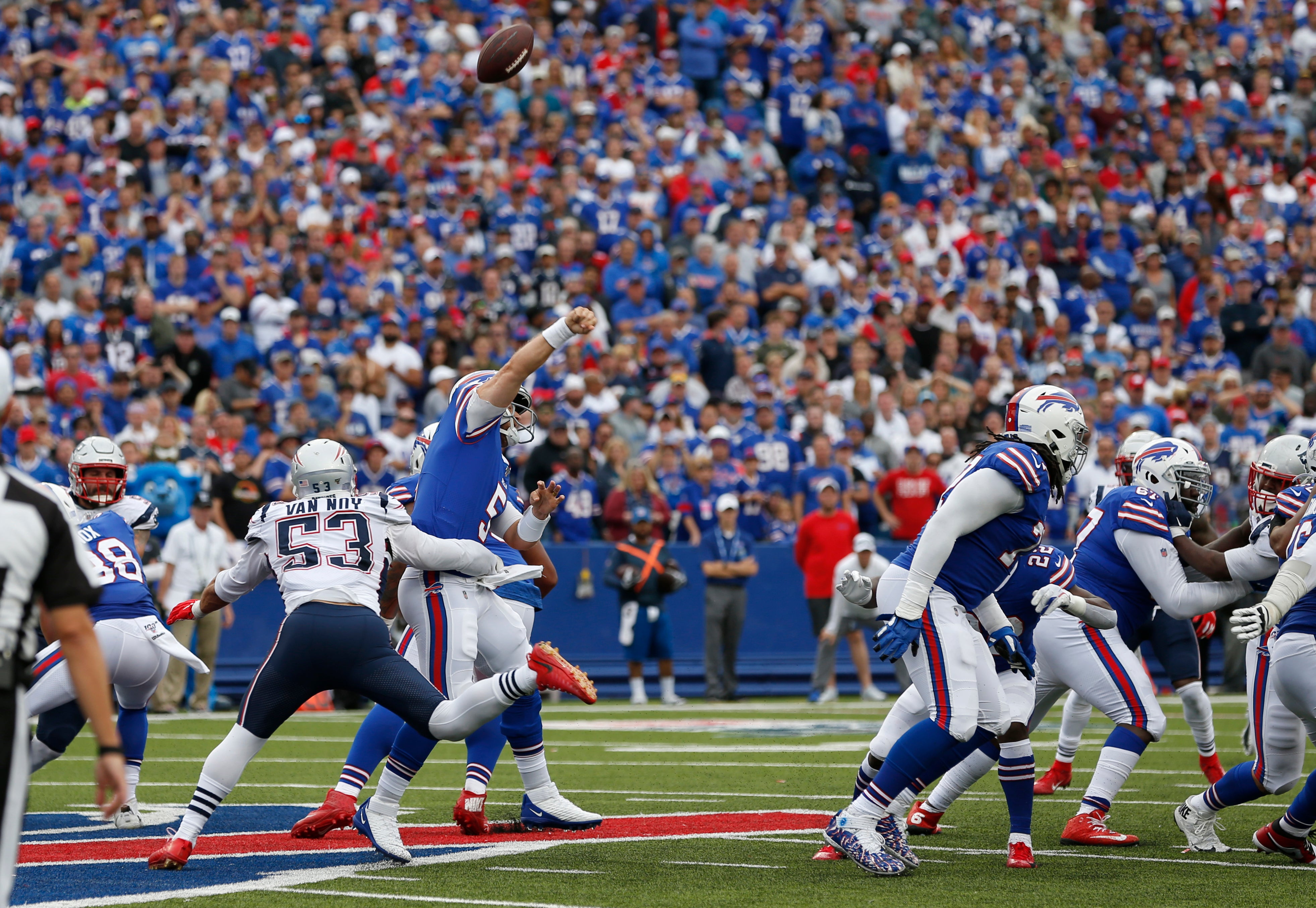 Kyle Van Noy hits Matt Barkley #5 of the Buffalo Bills and causes a fumble during the fourth quarter at New Era Field.

He’s also reached out to Barkley for the hit. “I actually reached out to Matt, because I feel like I’m good friends with him,” he said. “I apologized. That’s what I kind of told him. I hope that he didn’t see it as a cheap shot. It was more like that play is forever ingrained.