The Patriots announced Sunday that veteran running back Rex Burkhead, who has been dealing with a foot issue, was downgraded to out for Monday’s game against the Jets. 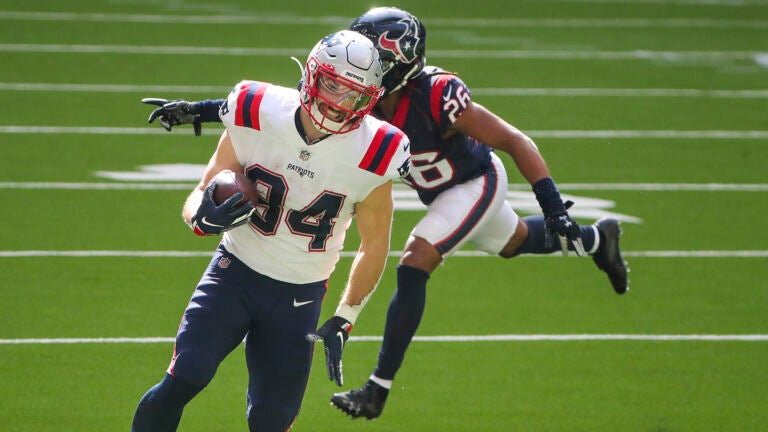