Don’t worry fans, Patriots football will be back before you know it.

The 8-1 Patriots are on their bye this week following Sunday’s 37-20 loss to Ravens on Sunday Night Football. Lamar Jackson and Co. posed the biggest threat this Patriots team has faced to date, and more big-time opponents are still to come.

Let’s take a look at the toughest teams the Patriots will face after the bye week and their win percentage in those games, according to ESPN’s Football Power Index.

Sunday, Nov. 17, at Philadelphia Eagles, 4:25 p.m.: The Patriots will come out of the bye week with a Super LII rematch against the Eagles at Lincoln Financial Field. It’s been an up-and-down season for 5-4 Philadelphia with disappointing losses to the 1-7 Falcons and the Lions at home, on top of blowout road defeats to the Vikings and Cowboys. But Philly does own one of the best wins of the NFL season, a 34-27 victory over the Packers in Week 4 at Lambeau Field. The Eagles also enter their Week 10 bye with consecutive victories. Led by quarterback Carson Wentz and a talented roster, Philly still has the ability to win big games, making next Sunday’s matchup one of the more difficult games remaining on the schedule.

Sunday, Nov. 24, vs. Dallas Cowboys, 4:25 p.m.: Back-to-back matchups against NFC East opponents concludes in Week 12 with a Sunday afternoon showdown at Gillette Stadium. Like Philadelphia, the Cowboys have been inconsistent, racing out to a 3-0 start and then losing to the two best teams they’ve played so far (at New Orleans, vs. Green Bay). Dallas leads the NFL with 436.8 yards per game, led by quarterback Dak Prescott and elite skill position players Ezekiel Elliot and Amari Cooper. On defense, the Cowboys are allowing the sixth lowest yards per game, making them the only team in the NFL in the top six in both categories. Much will be made leading up to this game about the coaching matchup between Bill Belichick and Jason Garrett. Also, just a reminder, the Cowboys lost to the Jets, 24-22, in Week 6.

Sunday, Dec. 1, at Houston Texans, 8:20 p.m.: The gauntlet for the Pats continues with another Sunday Night Football matchup. The Texans are in first place in the AFC South at 6-3 led by MVP candidate Deshaun Watson. Houston is 17-5 since Week 4 of last season and Watson has paced the league’s third best offense in yards per game (396.7), tossing 18 touchdowns to five interceptions for the fourth-best quarterback rating in the NFL. However, the Patriots are 5-0 against the Texans since Bill O’Brien took over in 2014. Watson has a similar style of play as Lamar Jackson, so it’ll be interesting to see the Patriots defense in this matchup. ESPN’s Football Power Index has the Texans favored.

Sunday, Dec. 8, vs. Kansas City Chiefs, 4:25 p.m.: Patrick Mahomes is back, making this rematch of the 2018 AFC Championship game a pivotal game on the Patriots schedule. The Chiefs are 6-3, going 1-1 in Mahomes’ absence, so home field advantage is still in play for Kansas City. There are still concerns about the Chiefs’ defense, as they rank 22nd in yards allowed per game at 369.3, but star defensive tackle Chris Jones is back from injury. If Mahomes stays healthy, this could be the game of the regular season and might determine whether or not the Patriots are the No. 1 seed in the AFC.

The Patriots will finish up the regular season with easier games against the Cincinnati Bengals and Miami Dolphins as well as a Week 16 matchup at home against the Buffalo Bills. 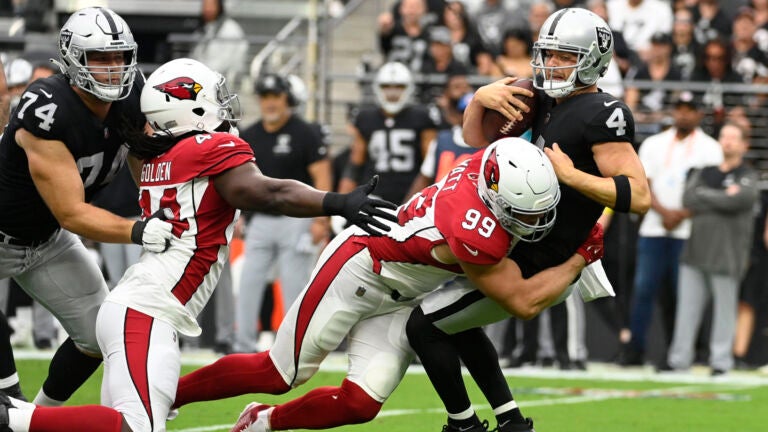