Playing until age 45 is a realistic goal for Patriots quarterback Tom Brady, according to his body engineer and business partner Alex Guerrero.

“It all comes down to commitment, really,” Guerrero said in a radio interview with WEEI Thursday morning. “No one thought you could play at the elite level in your late 30’s, early 40’s. That is something we always felt we could do. I just really want to be there and help him accomplish that goal.”

Guerrero and Brady have been working together for 16 years, after first meeting through former Patriots linebacker Willie McGinest. Guerrero introduced Brady to many of the customs he now passionately swears by, including holistic medicine and pliability. The pair later established the TB12 Method, an approach to health and fitness that Brady credits for extending his NFL career.

The business has evolved beyond Brady’s personal regimen, as there are two TB12 Sports Therapy Centers in Massachusetts (Foxborough and Back Bay) with plans to expand nationwide. Guerrero said Brady is “very vocal” and “very involved” in the brand’s efforts to grow.

TB12’s fast expansion is one of the reasons why Brady’s football future has recently been called into question. After all, his post-NFL career is already set. With his expiring contract and his Brookline home also on the market, there’s some buzz Brady could retire or move on at the end of the 2019 season.

Guerrero made no guarantees about 2020, though he explained his choice to sell his Norfolk home was unrelated to Brady’s pending decision. He and his wife still stayed close, relocating to Plymouth to be near family.

“I’ve got four kids,” Guerrero said. “I’ve got two that are married, two that are off in college. My wife and I decided it was time to down-size. It was a good time to sell. We wanted to be closer to the grandchildren. We have a granddaughter who lives in Plymouth with our daughter and son-in-law. We wanted to spend more time with her and be closer to her. It worked out great for us.”

Regardless of whether Brady returns next season, Guerrero said the past 21 years working with the Patriots have been “wonderful.” He expressed appreciation for owner Robert Kraft, coach Bill Belichick and the rest of the organization for their support, despite rumblings Guerrero was the root of internal strife two seasons ago.

“I see Bill in the hallways and he gives me a high-five,” Guerrero said. “He’s great. He’s awesome. He’s gotten treatment. He’s wonderful. He’s been wonderful to me. I can’t say enough good things about him, about Mr. Kraft — the whole Patriots organization. They have been very supportive.”

Video: Can the Ravens beat the Patriots 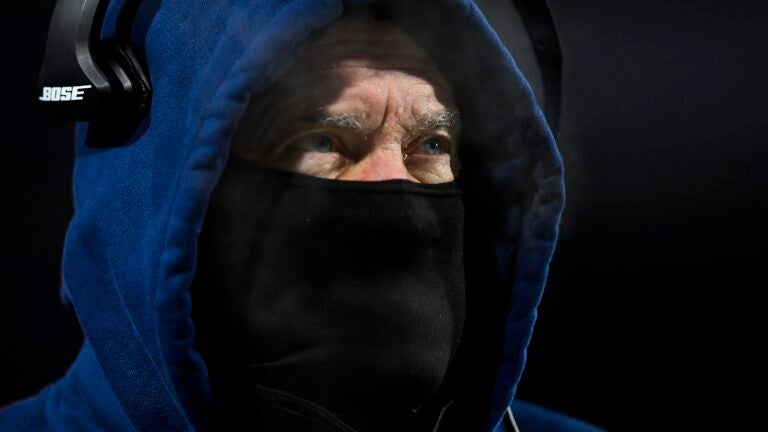