The Patriots struggled on offense in their 17-10 win over the Philadelphia Eagles Sunday afternoon. And following the game, Tom Brady acknowledged the hardships his team has encountered on that side of the ball this season.

On the ESPN show “Get Up,” former Jets and Bills head coach Rex Ryan discussed in detail some of the issues he thinks have held back the Patriots.

“They don’t have any speed, there’s no threats, their two best receivers are both slot receivers. In other words, they need to be off the ball to be effective,” Ryan said. “Why did they bring in Antonio Brown with a laundry list of things? Why, because they needed a weapon. Why did they draft a guy in the first round? This team is short of talent and he [Brady] knows it.”

Ryan’s co-host and former NFL quarterback Dan Orlovsky chimed in to say that, “this is the worst Patriots offense since 2003.”

Ryan does believe that the offense could improve if starting left tackle Isaiah Wynn returns from injury, as he says current left tackle Marshall Newhouse isn’t getting the job done.

“That left tackle [Newhouse], is that me blocking? They have got to get Isaiah Wynn back in a hurry,” Ryan said. “Wynn better come back, he’s a legitimate talent taken in the first round at left tackle… Right now, that guy [Newhouse], oh my god. They can’t protect the quarterback, they can’t run the football, but what they can do is play great defense.”

Ryan went as far as to say that he, “would have killed to have defended this thing [the Patriots offense].”

While the panel on “Get Up” was mostly critical of the Patriots offense, former Indianapolis Colts punter Pat McAfee lobbied on behalf of the Patriots. McAfee pointed out that the Patriots have been successful with worse offenses, winning the Super Bowl with that offense mentioned by Orlovsky in 2003.

The Patriots will have a chance to improve upon their offensive performance this Sunday, Nov. 24, as they take on the Dallas Cowboys. 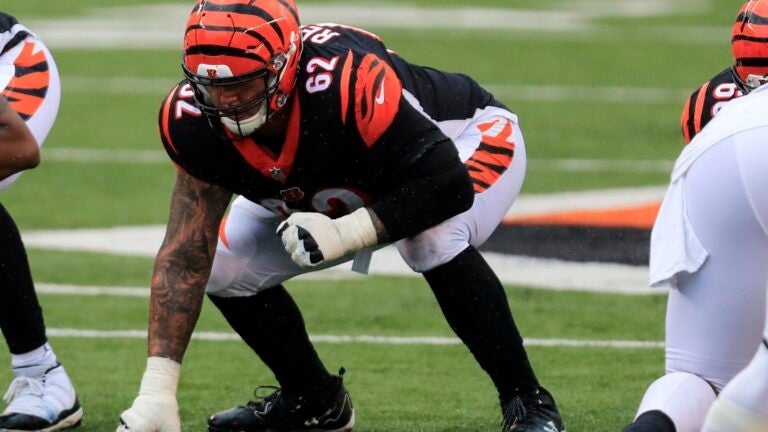