As part of the NFL’s fourth “My Cause, My Cleats’’ campaign, the league has relaxed its typically strict uniform policy to allow philanthropic passions to come to life through customized cleats or, in coach Bill Belichick’s case, sneakers. Belichick and more than 20 players have identified personal causes to showcase via carefully designed footwear that they’ll debut in Week 14.

For Dorsett, the sunshine, palm trees, and Caribbean reef shark painted on his cleats are intended to raise awareness for hurricane relief in the Bahamas, where both his father and grandfather grew up. Hurricane Dorian struck parts of the country in early September as a Category 5 storm. The damage was estimated to be more than $7 million. The latest death toll is at least 65 with 282 missing.

Dorsett said his family is safe, with some having moved to the Unites States and others living in areas with less devastation. Although he hasn’t yet had a chance to visit since the destruction, he plans to go once the season is over.

Running back James White, whose cleats support ONE Bahamas Fund, also will be raising awareness for the hurricane relief.

Safety Devin McCourty will be representing Boston Uncornered, a nonprofit that pays former gang members to pursue a college education and stable employment. McCourty’s red and white cleats were actually designed by a female student who had dropped out of school before completing her degree and got a job through Boston Uncornered. As a member of the Players’ Coalition, McCourty recently had the opportunity to meet her and other individuals participating in the program.

Other causes include some started by individual players, such as cornerback Jonathan Jones, who is launching his own foundation called Next Step Foundation. Interested in creating opportunities for mentorship, Jones hopes to educate youths from all types of upbringings.

“Everyone has a different background, but at the end of the day, everybody’s going to need help,’’ Jones said.

Defensive end Deatrich Wise Jr., too, has started his own foundation called “Wise Up,’’ which is dedicated to helping the youth, as well. Wise and his family started by hosting small back-to-school fundraisers and now have expanded to larger-scale initiatives, such as a recent block party in Mattapan. The goal of each event is the same: Spread knowledge.

“Anything that you go through, it’s always a lesson learned, so, at the end, it’s like you ‘wised up,’ ’’ Wise said. “I feel like people of older age should teach younger people what they learned late in life, teach them early, so that they don’t make the same mistakes.’’

Offensive tackle Isaiah Wynn will be supporting the Alzheimer’s Association in honor of his grandmother, who died of the disease when Wynn was 12. Wynn said he and his family participate in an annual walk to raise money and awareness, so the choice was an easy one.

Tight end Matt LaCosse will be representing the Warrior Dog Foundation, a nonprofit that cares for dogs that have ended their service with American troops. A self-proclaimed “huge dog nerd,’’ LaCosse said he picked up training dogs as a hobby a few years ago and has since trained both his two dogs and his wife’s parents’ dogs. Fans might be familiar with the cause because center David Andrews has repped the foundation in previous years.

“They try to take in ex-military dogs or any government agency dog because, just like people, these dogs come back and, a lot of time, they carry extra baggage,’’ Andrews said. “If they can’t be redistributed or things like that, they could be put down.’’ 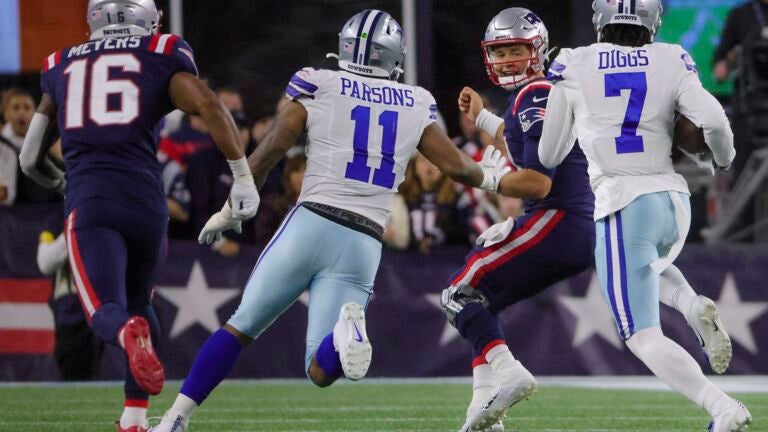