When Nate Solder won Super Bowl LI with the Patriots in 2016, there was one thing on his mind: his son, Hudson. As the confetti fell and the Vince Lombardi trophy was lifted, the former Patriots offensive tackle looked over at Hudson, who was playing with the confetti on the ground, and felt relieved that he was still alive after being diagnosed with a Wilms tumor in both of his kidneys at 3 months old.

“I remember looking at him playing on the field and kicking confetti around, and I was just thankful that he was O.K,” Solder wrote in a piece for The Players Tribune. “His health was everything. Winning the Super Bowl was icing on the cake.”

Now, at the age of 4, Hudson is still battling while his father plays for the New York Giants. The Giants on Thursday revealed that Hudson had surgery during the team’s bye week to remove the tumor and is undergoing his third round of chemotherapy. Solder, who signed with the team in 2018, has committed himself to both his son’s health and helping others throughout his career.

Known for his charitable work and character, he was first nominated for the Walter Payton Award by the Patriots back in 2017. He earned himself another nomination from the Giants.

The Solder family first announced their son’s diagnosis at a gala run by former Patriots offensive guard Joe Andruzzi in 2015. Solder and his wife, Lexi, had noticed a bump on Hudson’s stomach and took him to the hospital, only to discover that he had cancer. It took an emotional toll on their family, as they spent days on end at Boston Children’s Hospital. 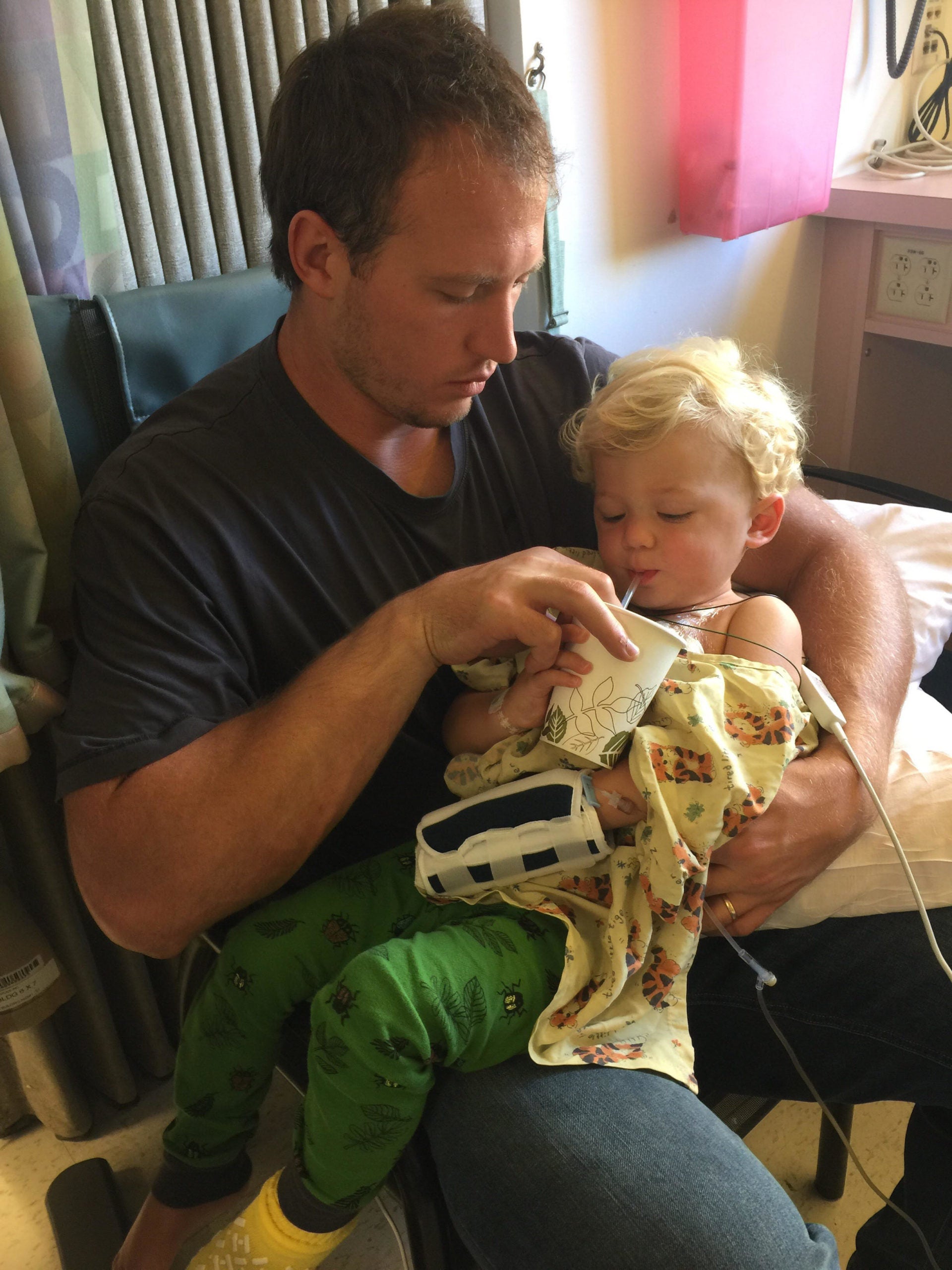 During this time, he received support from the Patriots’ organization, specifically head coach Bill Belichick and offensive coordinator Josh McDaniels. They let him do whatever he needed to be with his son.

“My relationship with Josh really took off from there,” he said after telling them about Hudson’s condition. “In a cutthroat business where guys are always getting released and winning is everything and it’s all football all the time, I really appreciated the fact that he took the time to say, ‘Nate, what you’re going through with Hudson … that’s more important than football.'”

He was praised by his teammates, including quarterback Tom Brady, for his strength and character on and off the field. Solder himself fought through testicular cancer in 2014.

“He’s such an incredible man and person,” Brady said. “I think the way he handled it, everyone admired and respected him that much more. He’s already just a great human being, and then to see how he dealt and is dealing with it in his family, I couldn’t imagine dealing with it better.”

While Boston Children’s “saved their son’s life”, the family gave back in return, serving as committee members for the Joe Andruzzi Foundation and starting the Hudson Solder “Tough Like My Dad Fund” to assist with living expenses for families battling cancer. Solder is also a board member for Boston-based Fresh Truck, which brings healthy and affordable foods to low-income families.

When the time came for Solder to move on from the Patriots, Hudson’s health was the deciding factor — while also knowing he could help those in need elsewhere. With top-of-the-line treatment for Hudson at the Memorial Sloan Kettering Cancer Center in Manhattan nearby, Solder signed a four-year, $63 million deal with the Giants in 2018.

“Our time in Boston was so special, and that will always be a part of us and what we plan on doing,” Solder said. “But we’re going to devote as much time and energy here as we did there.”

They’ve done just that. Solder is currently the Giants’ community ambassador, and he spent time traveling to Puerto Rico to provide aid and relief to those impacted by Hurricane Maria. He also works closely with Compassion International, a faith-based nonprofit organization that builds children development centers in Thailand, Uganda, and Burkina Faso.

“For my family, too. It’s great for them. There are so many things to look forward to,” he added. “Not just football. Beyond the world of football. The ability to help multiple communities. A large group of people you can help in the New York City community. There are so many areas we’re looking forward to being a part of.”

The family still travels back to Boston for Hudson’s treatment and regularly visits and fundraises for The Jimmy Fund Clinic at Boston Children’s Hospital. Whether it’s in a different city or continent, he believes he should do all he can to help those in need.

“I think it’s a shame on me if the money only helps the Solder family,” he said. “My belief is that this money has been entrusted to me not for the personal comfort and security, but for an actual impact that we can have on our community and the people around us.”