Not only did Bill Belichick “learn a lot” from being on the panel for the NFL’s All-Time 100 Team, he enjoyed working alongside his own quarterback off the field and in front of cameras.

On Sunday, it was announced that Patriots quarterback Tom Brady was selected to the 100 All-Time team, which honors 100 of the greatest players from the league’s history. In a two-hour finale episode that will air on Friday, Brady will appear alongside broadcaster Cris Collinsworth, journalist Rich Eisen, and Belichick to reveal the other quarterbacks selected.

.@TomBrady has been selected to the #NFL100 All-Time Team!

Brady joins Bill Belichick, @CollinsworthPFF and @richeisen on the two-hour All-Time Team finale this Friday 8pm ET on @nflnetwork as they announce the rest of the QBs on the team. pic.twitter.com/wLpL34aMuq

On Monday, Brady expressed on WEEI’s “The Greg Hill Show” that not only was he “honored” by the selection, he enjoyed working with Belichick and the other hosts while on set at the NFL Films studios. He said his segment was filmed first and it was a “fun” time when he got to “reminisce” with his head coach, who was also one of the 10 coaches selected to the team.

Belichick, who gave his own insight and analysis about the league’s best, expressed those same sentiments about the experience. Their history is a long but successful one that includes appearing in nine Super Bowls and winning six. On Saturday, Belichick and Brady clinched their 17th division title after defeating the Bills, 24-17.

“Yeah, I would second Tom’s comments,” Belichick said in a conference call Monday. “I really appreciate the opportunity and was honored to do it, and spending time with Tom on the set was awesome. We’ve been through so many great moments together, both on and off the field, in terms of the actual football game itself, but all the preparation that leads up to it and the competition that’s involved there with other coaches, players, teams, and so forth.

It was great to talk about those and think back and reflect on some of the great moments that we’ve shared together and how much hard work and the other part of the experiences that went into those moments – not just the result of the play, or a game, or even a season, but all of the things that you think about.” 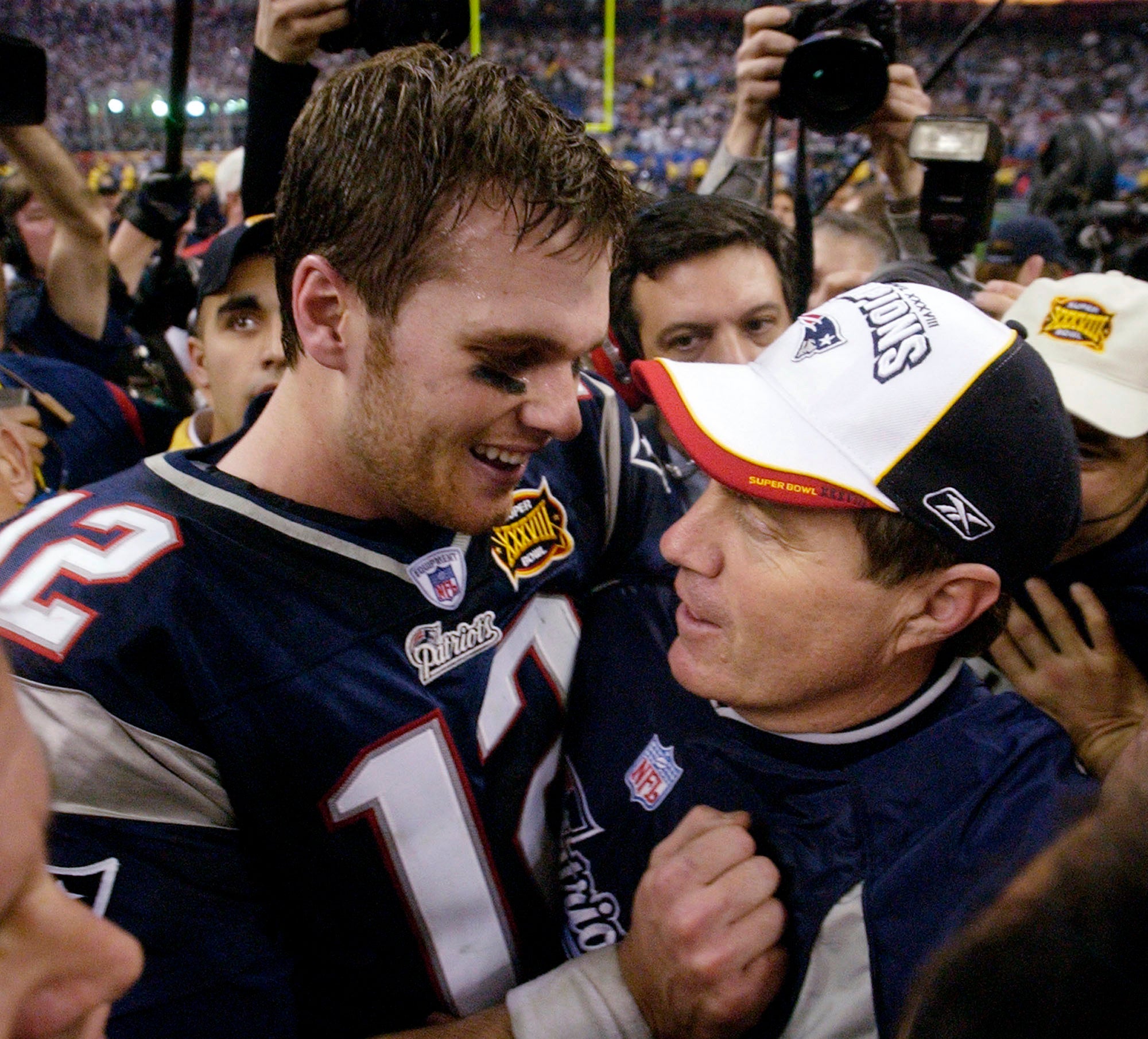 “I mean, those things don’t just happen,” he continued. “There’s miles and miles and miles that are covered before you actually get that final yard, or few yards, or whatever it is that determines games, and ultimately seasons. So, yeah, it was tremendous. It was great. It was great to be with Tom. It was great to be with the other studio guests, as well, because it’s a very, very special group and they all have something in their own personal great history to share that we can all – and I can – learn from.”

Belichick also seemed to enjoy discussing his former players who have been selected to the All-Time Team. He revealed that Rob Gronkowski slept during his pre-draft visit, called Randy Moss one of the “smartest” players he’s ever coached, and agreed that Adam Vinatieri was a “super clutch kicker.”