Patriots fans haven’t had much reason in recent years to pay attention to the specifics of the wild-card playoff schedule.

Saturday night’s matchup against the Tennessee Titans at Gillette Stadium will be their first wild card weekend game since a loss to the Ravens to end the 2009 season.

But the more astute among us probably picked up on a quirk of this year’s schedule: Rather than having one AFC game and one NFC game on each day, as is the familiar setup, both AFC games will be on Saturday, while both NFC games are on Sunday.

As it turns out, this approach isn’t unprecedented. In January 2016, both AFC wild card games were on Saturday, with the Chiefs beating the Texans and the Steelers topping the Bengals. The Packers and Seahawks prevailed in the Sunday NFC games.

Still, since the league went to the current eight-division format in 2002, this is just the second time that the games have been divided up this way.

When asked why the games were divided up that way this year, NFL spokesman Brian McCarthy didn’t offer a specific reason, but said there were several variables, particularly “competitive equity,’’ which means taking into consideration the Week 17 travel schedules of the teams through the wild-card games while also keeping potential divisional-round travel in mind.

McCarthy also said it was about maximizing viewership windows and fitting in matchups in time slots where they might be most popular.

Sources at a couple of the networks didn’t want to go on record, noting that the decision was entirely up to the NFL, but cited the same variables as McCarthy while also noting that stadium availability is sometimes a factor. 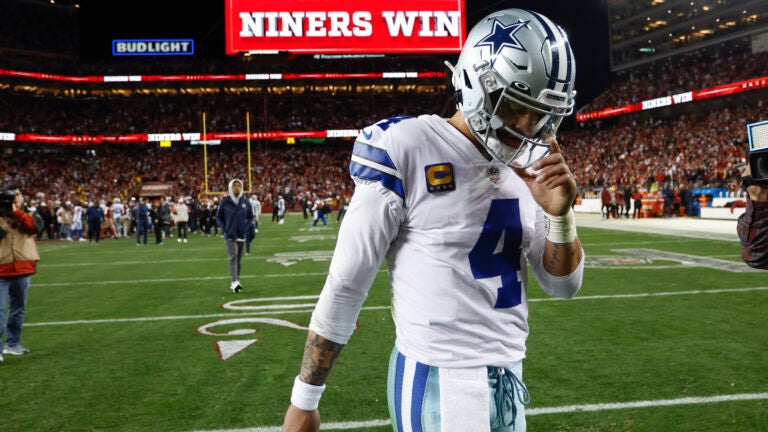