The Celtics lost at home to the Spurs 129-114 on Wednesday night. Kemba Walker, returning after a three-game absence due to the flu, was controversially ejected in the third quarter after receiving a quick succession of technical fouls.

The Bruins face the Jets at home tonight. The puck drops at 7 p.m.

Tedy Bruschi weighed in on Tom Brady’s future: During an interview with WEEI’s “Ordway, Merloni, & Fauria” on Wednesday, former Patriots linebacker Tedy Bruschi was asked if he could picture Tom Brady leaving the Patriots in free agency this offseason.

“I can see him doing that,” said Bruschi. “I think he has the courage to do it. I still think he has the fire to do it. And that is the thing too, think about the fire that is still inside that player, that is inside of Tom. He believes that he can do anything — he can go somewhere and convince maybe some guys to come with him and form a team and start something fresh, start something new and he can win a championship there. That is probably how his mind thinks.”

Bruschi, now an ESPN analyst, played with Brady from 2000 to 2008, winning three Super Bowls alongside the quarterback. Drafted by the Patriots in the third round in 1996, Bruschi played his entire career in New England.

Brady could follow a similar path and play his whole career with the Patriots. But for the first time in 20 years, Brady is set to become an unrestricted free agent in March.

Still, Bruschi thinks that the Patriots hierarchy is likely to yield to Brady’s contract demands after “leverage season” ends and things “get real” in the negotiations.

“I think this is leverage season because right now it is easy,” Bruschi explained. “That is what you think, that is what I think. Now the season is over, we’re moving on. But what happens when this really gets real? When it starts to get real and you’re starting to hear rumors about the Dolphins, or the Chargers, or another team and they are offering something to him and it is two or three years?

“You start to realize something if you’re Robert Kraft,” Bruschi continued, “and I would think it’s probably more Robert Kraft than Bill Belichick, but you’re starting to realize, ‘Wait a second, this is Tom Brady that we’re letting go. And is it possible that the one-year deal we offered, could it possibly be two because now it is real he could possibly be a quarterback for another team.'”

Hint: He was a first-round draft pick by the Celtics out of Ohio State in 2012.

“I’m sure New England would take him back in a heartbeat and pay him whatever.”

Brad Stevens on @zoandbertrand tells the funny backstory on @isaiahthomas trying to get him T’d up on Monday night. pic.twitter.com/KATmLUKXjf

Mookie Betts is planning to bowl in the PBA Hall of Fame Classic:

Boston @RedSox All-Star outfielder @mookiebetts is planning to return to PBA competition for the first time since bowling a 300 game in the 2017 WSOB IX when he competes in the PBA Hall of Fame Classic Jan. 13-19 in Arlington, Texas. #PBA #GoBowling pic.twitter.com/ZcAqoBpYdy

On this day: In 1952, the United States Marine Corps announced that 33-year-old Red Sox outfielder Ted Williams would be recalled as a reserve officer in May. With the Korean War still no closer to being concluded, Williams — who had flown combat missions in World War II — was once again called on to serve his country.

The move was seen as a devastating blow for the chances of the Red Sox to mount any kind of World Series challenge in the ’52 season, prognostications which proved accurate (Boston finished a distant sixth in the American League).

Williams would play just six games in 1952, characteristically homering in his last at-bat on April 30 in a 5-3 win before returning to the Marines. In Korea, Williams regularly flew as the wingman of future astronaut John Glenn.

In July of 1953, the fighting ended in Korea with the signing of an armistice. Williams returned to Boston in August, resuming his baseball career and playing 37 games at the end of the ’53 season (hitting for a .407 batting average in that span).

Despite concerns that the Marines’ decision to recall Williams in ’52 would curtail what remained of his career, the legendary outfielder played 865 games after returning from his second war. In that span — which finally ended at age 41 in 1960 — he hit 197 home runs, compiling a .340 average and an almost unbelievable 1.112 OPS. 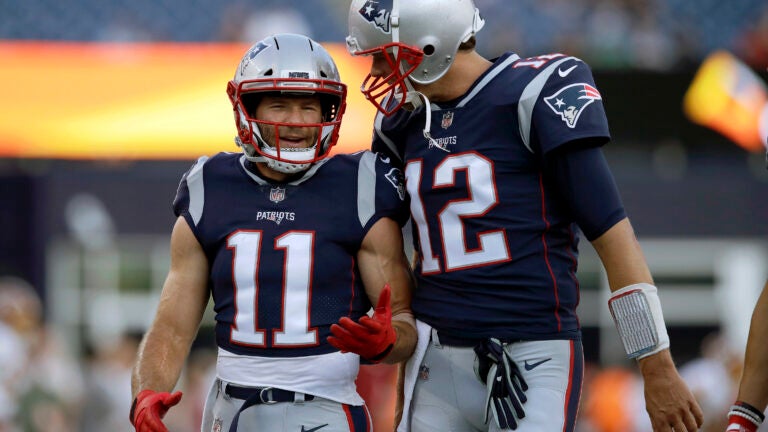