Some Patriots fans want Tom Brady to stay so badly, they’ve etched a plea into ice and snow.

At the Boston Public Garden, fans made a request for the quarterback to remain in New England, writing “STAY TOM” in the water. The message, discovered on Sunday, was written amidst slush and ice.

Brady, who officially becomes a free agent March 18, has not yet announced his decision on whether he will try to remain in New England or take his talents to another NFL franchise. He did, however, respond to the heartfelt message via his instagram story on Tuesday, where he posted a photo of the pond with the caption, “Love you all ❤️❤️” 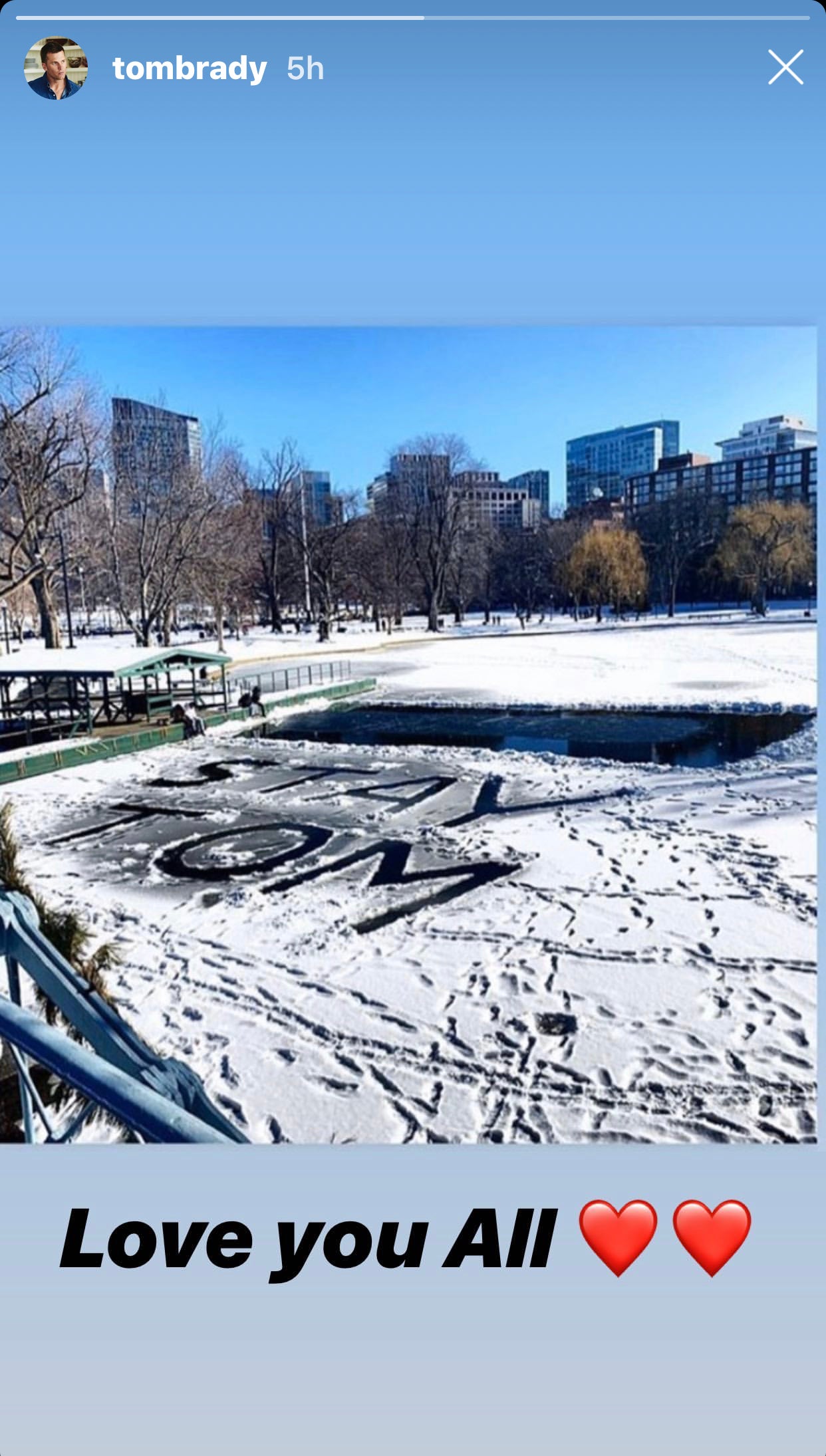 Tom Brady posted a photo of the “Stay Tom” message written in the Boston Public Garden lagoon on Sunday.

“It’s only been a couple of weeks and I have had a lot of time with my family the last couple weeks just decompressing from the season,” Brady said before the AFC Championship game. “Like I said earlier, I am open-minded about the process and at the same time I love playing football and want to continue to play and do a great job.”