With the NFL Scouting Combine underway, the Patriots have been busy evaluating potential draft prospects and having formal/informal meetings with a handful of players already. The team will have the No.23 pick in the 2020 NFL Draft, which takes place from April 23 to 25 in Las Vegas.

So what was Bill Belichick up to?

Instead of joining other NFL coaches in Indianapolis, the Patriots head coach was spotted at Middle Tennessee State University on Monday to check out defensive end Tyshun Render. Belichick stood in the rain while watching Render — who was not invited to the combine — complete a workout. 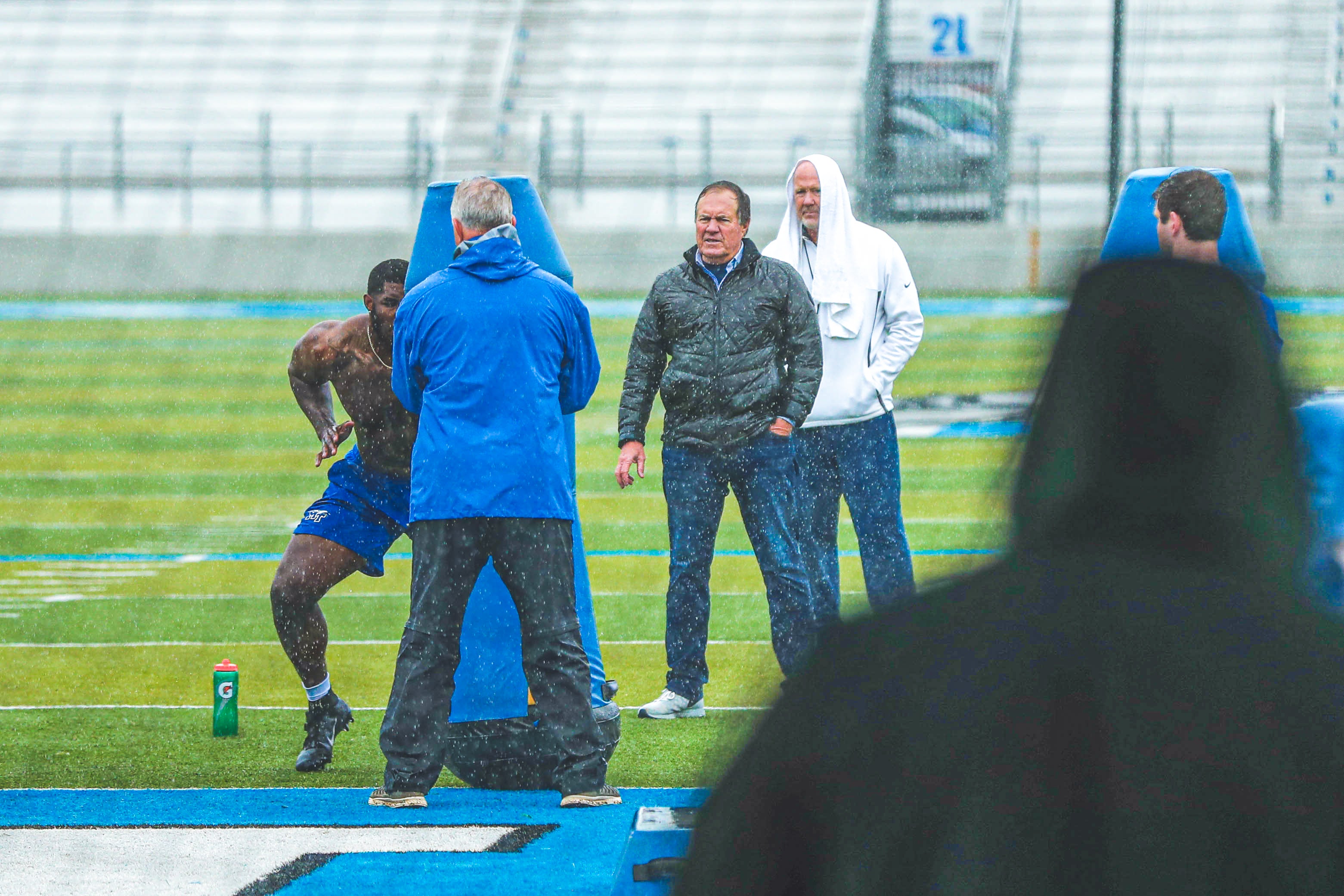 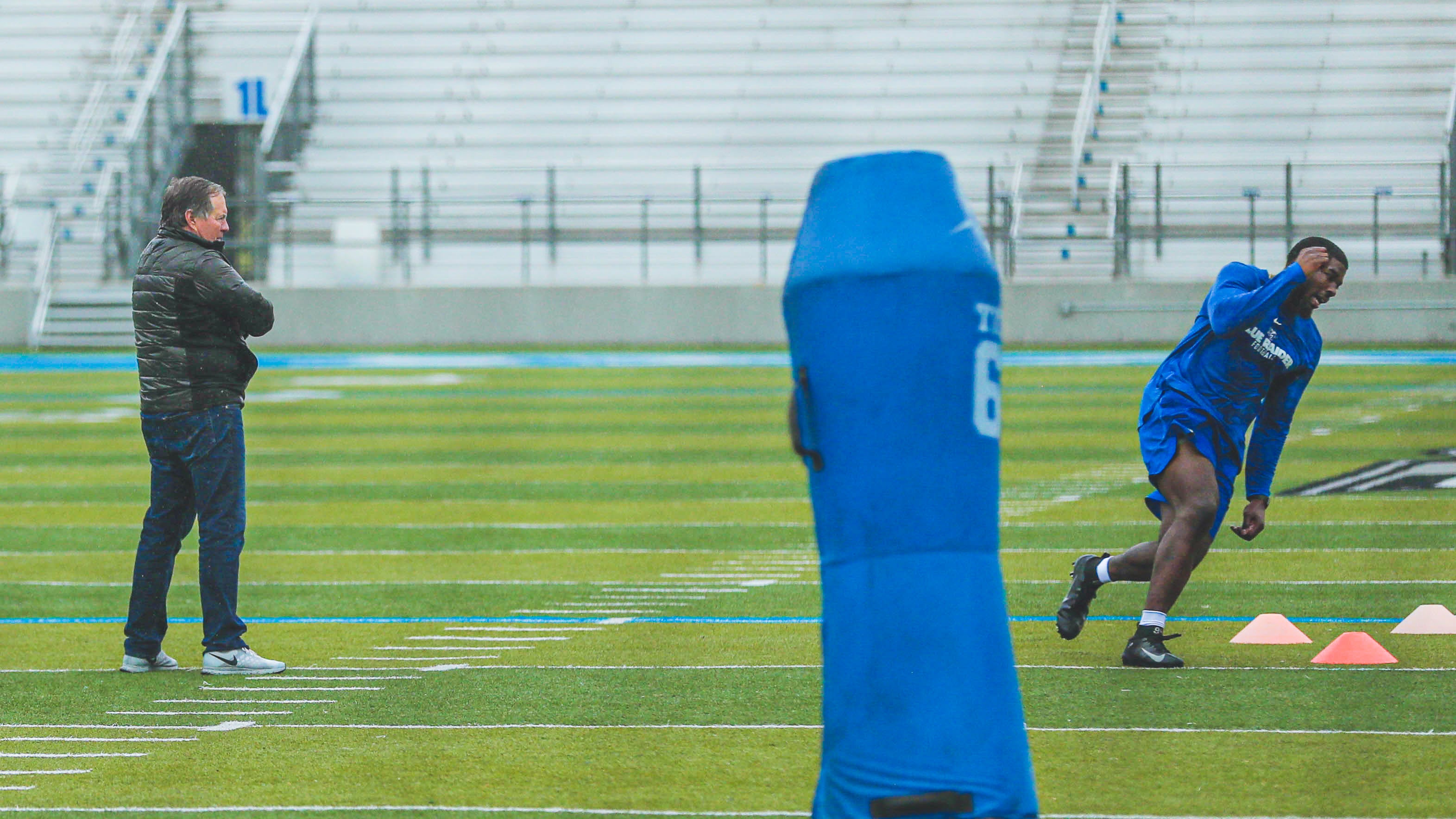 Belichick watching Render during his workout.

Render retweeted the photos as well with the caption, “Tellin ya ❕Back to the lab. We got work to do 💯”.

Render steadily improved throughout his four years at Middle Tennessee, despite redshirting as a freshman. The 6-foot-4, 256-pound senior had a solid season as a starter, posting a career-best 49 tackles, 10 tackle for loss yards, 3.5 sacks, 5 pass breakups, 2 fumble recoveries, 2 forced fumbles, and an interception. He was also awarded the team’s defensive player of the week six times and best defensive lineman four times.

While Render’s NFL potential remains to be seen, most scouting websites do not even list him on their mock draft boards.