The 42-year old quarterback announced on social media on Friday morning that he has signed with the team, posting the first photo of him officially moving on from the New England Patriots.

While he is “excited, humble and hungry” to be joining the Bucs, and “looking forward” to playing alongside his newest teammates –  Brady took the time to thank his former Patriots teammates as well. Many of which, including Julian Edelman and Stephon Gilmore, posted tribute posts on Instagram for Brady, thanking him for the time he spent with the organization.

In return, Brady commented heartfelt words that expressed just how much he appreciated them, too. Here’s what he wrote: 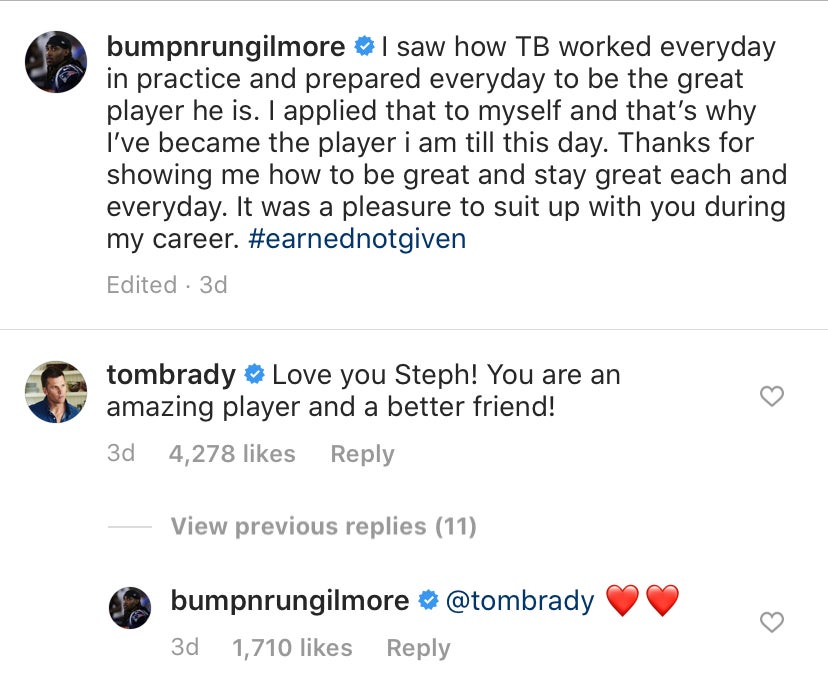 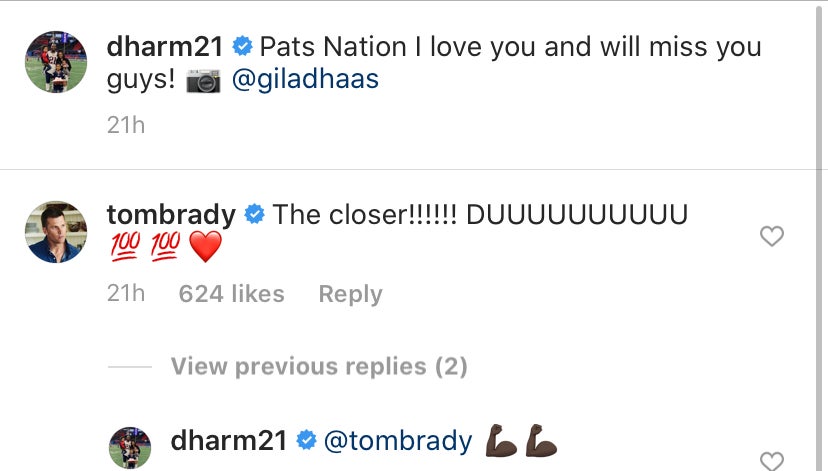 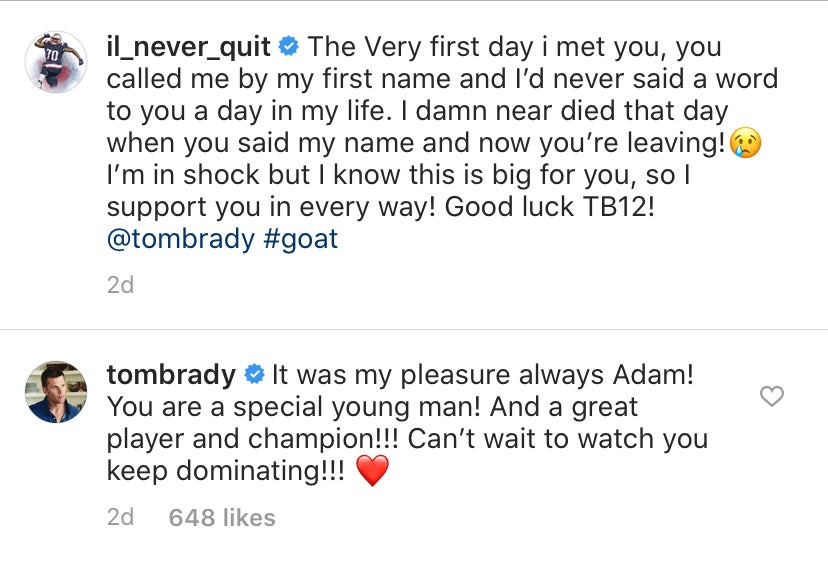 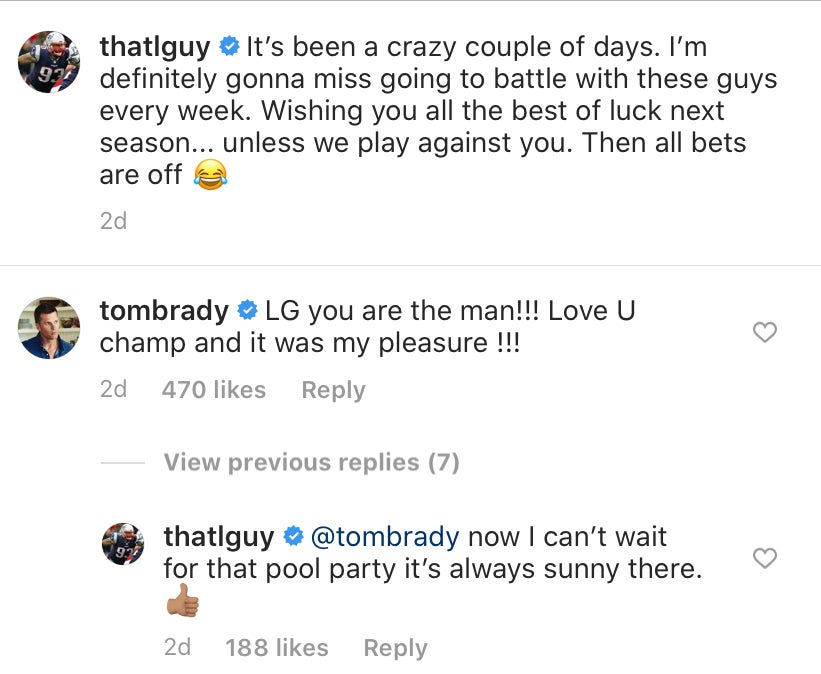 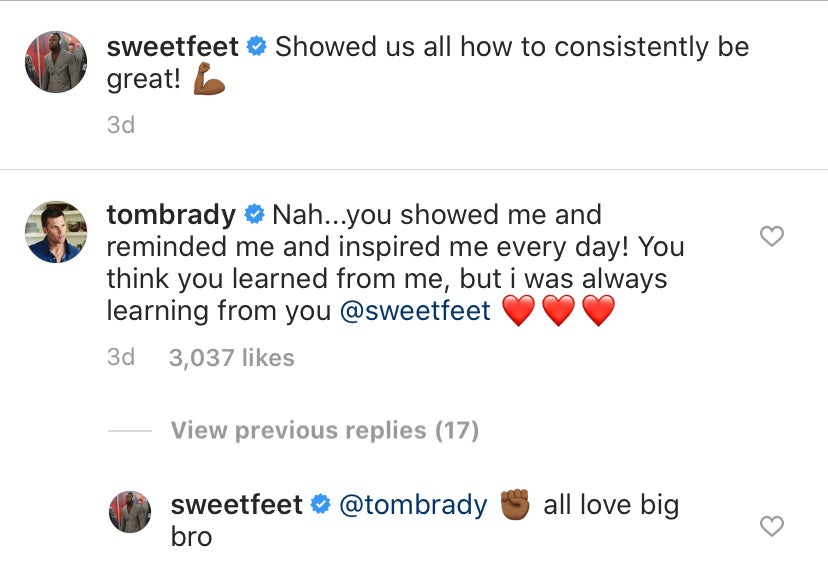