Bill Belichick’s decision to cut Stephen Gostkowski, the Patriots’ all-time leading scorer and the second-best kicker in franchise history, should have come as no surprise Monday.

It shouldn’t even be a source of small disappointment for those among us (perhaps a minority) who remembered to give him his due. He’s 36 years old, he missed the final three-quarters of last season with a hip injury that required surgery, he struggled before his season was abbreviated, and his departure creates $2.6 million in salary-cap space. It was time.

Still, it is too bad in a sense that he won’t be around next season, with Jarrett Stidham apparently in line to get the first shot at succeeding Tom Brady at quarterback. Gostkowski would be a heck of a resource on how to follow a true legend with grace, poise, and an excess of competence.

He is one of three players to play in six Super Bowls (former Bills and Broncos defensive lineman Mike Lodish and the Tampa Bay Bucs’ new quarterback are the others).

Yet for such a long-tenured and accomplished player, his departure Monday was met with a muted salute at best. Some of that is understandable. It wasn’t a surprise, and in the aftermath of Brady’s detour south and half the linebacking corps scattering around the league, we’ve hit our limit on sentimental goodbyes this week.

I get that. But it’s also clear that some of the relative indifference to the end of his Patriots career wasn’t about who and what Gostkowski was, but who and he what he wasn’t.

No kicker in NFL history left a larger shadow than Adam Vinatieri. Gostkowski’s predecessor owns probably four of the top half-dozen kicks in league history: his tying and winning field goals in the Snow Bowl, and his pair of game-winners in the Patriots’ first two Super Bowl victories. He is the league’s all-time leading scorer, and its greatest clutch kicker.

He could have been fitted for his mustard-colored jacket when he left the Patriots to join the Colts after the 2005 season … and he’s still playing, at age 47, having scored a franchise-record 1,515 points for the Colts. He’s packed two Hall of Fame careers into one.

There is a perception, because of all of the legendary kicks Vinatieri made, that he was perfect. He was not; he actually missed eight postseason field goal attempts in 17 playoff games with the Patriots. In Super Bowl XXXVIII against the Panthers, he missed a 31-yarder and had another kick blocked. He was the hero in the end yet again, but there was some turbulence on the way to victory in that one.

Gostkowski had to compete with the faulty recollection that Vinatieri was perfect, and that must have been a heck of a weight to bear. But he carried that weight as well as anyone could, and he did it in front of a fan base that tended to remember his occasional crucial misses (extra-point attempts against Denver in the 2015 AFC Championship and in the recent Super Bowls against the Eagles and Falcons) and not his most important makes.

That was never fair. Gostkowski never had a defining moment, whereas Vinatieri had three or four of them. But he did have signature plays that deserved to be remembered, well, and yet for some reason we tended to forget about them shortly after they happened.

In his rookie season, he kicked the winning 31-yard field goal with 1:10 left in the divisional-round comeback against the Chargers. He also drilled a 50-yarder earlier in the game. In 2010, he kicked a field goal in overtime to beat the Ravens, always a satisfying team to defeat.

His greatest kick might not have outright won a Super Bowl, but it clinched one. With 1:16 remaining in Super Bowl LIII and the Patriots leading the Rams, 10-3, Brady and Bill Belichick conferred on the sidelines about what to do next. Facing a fourth and 1 from the Rams 24, they could have tried to pick up the first down and effectively end the game.

But Brady had another plan. “Let’s just kick the field goal,’’ he told Belichick.

After a split-second of consideration, Belichick agreed, and sent Gostkowski out to earn the save. One perfect 41-yard field goal later, and the Patriots had all but secured their sixth Super Bowl win. The confetti would soon rain.

Of course, Gostkowski’s clutch kick was soon overlooked. The lasting image from that game was Brady’s pass to a triple-covered Rob Gronkowski that set up the lone touchdown. It was a magical play, and one that turned out to be our last great memory of Gronk, who retired after that season.

Gostkowski? He just did his job, then receded to celebrate in the shadows.

Perhaps he never did quite escape Vinatieri’s shadow. It’s tough to follow the best ever, as a certain young quarterback might find out next fall. But there’s dignity in following true greatness and winding up as the second-best to do the job.

Stephen Gostkowski is an ex-Patriot, and it probably is time. But with his quiet excellence, he leaves behind a sizable shadow of his own. 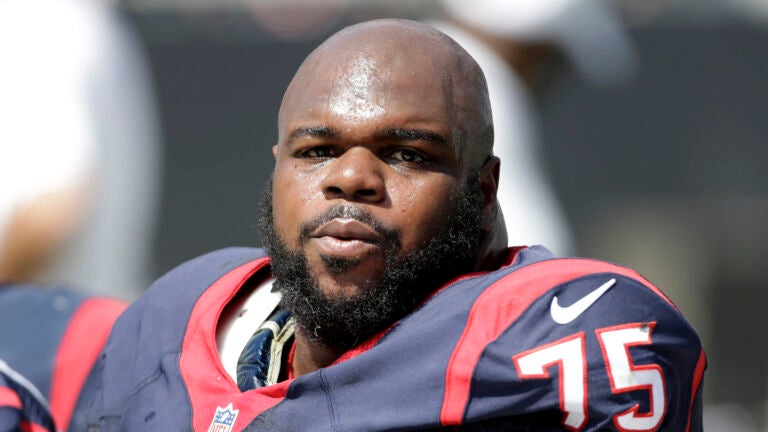