Current and former basketball stars of the NBA and WNBA began a televised H-O-R-S-E tournament on Sunday.

The attempt to give fans some sort of sports entertainment during the COVID-19 pandemic produced some quality shooting, though some internet connections were better than others.

Peter King’s take on the Patriots’ draft: While the Patriots could turn over the starting quarterback job to Jarrett Stidham following Tom Brady’s free agent departure to the Buccaneers, another intriguing option is the upcoming NFL draft.

Set to be hosted remotely, the draft will feature several talented quarterbacks who will likely be picked near the top of the first round.

NFL insider Peter King theorized what the Patriots would need to do to trade up to get Oregon quarterback Justin Herbert in his recent “Football Morning in America” column. According to King, a “rival GM” said that the Patriots “love” Herbert.

“Pats do have 12 picks — second-most in the draft — for ammo, but only one of those comes in the top 85,” King wrote. “If they want Herbert, they’d likely have to be willing to part with the 2021 first-rounder in a trove of picks. After losing out on Hayden Hurst in their latest hunt for a tight end, no way the Pats could reach for versatile Notre Damer Cole Kmet here to solve the tight end problem, is there?”

King has also theorized that New England is one of only a handful of potential landing spots for veteran quarterback free agents Cam Newton and Jameis Winston.

Trivia: A Red Sox player has struck out at least 150 times while also hitting at least 35 home runs in the same season six times in team history. Half of those seasons belong to Mo Vaughn, who did it three straight seasons from 1995-1997. Can you name the most recent player to do this?

Hint: He arrived in a midseason trade and spent only one full season in Boston. He was named the 2004 National League Rookie of the Year.

This is for the heroes. 👏

When we all get to be together again, we will be so grateful for those who helped us to get there. What a joyful day that will be.

That is Doc’s dream. ❤️ pic.twitter.com/UqnwU0r3dz

Though it’s not happening this month, here are Tiger Woods’s top-10 Masters moments:

On this day: In 1957, the Celtics won their first championship in team history, defeating the St. Louis Hawks in double overtime of Game 7, 125-123. Bill Russell made an iconic block that became known as “the Coleman Play,” and fellow rookie Tommy Heinsohn led Boston with 37 points. Daily highlight: A stay-at-home highlight for your Monday.

“Hello Lionel Messi, I love you.” This Messi fan nailed it 👏 (via @arat.gym, @espnfc) 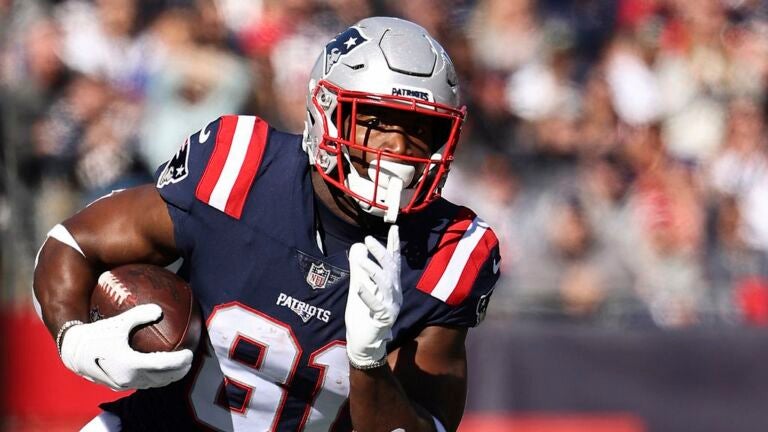