In many ways, the Patriots are navigating new territory this offseason, particularly in the month that’s now passed since Tom Brady defected to Tampa Bay and the franchise entered a new era of readjusted expectations. But the position the Pats find themselves as next week’s NFL draft approaches is hardly unfamiliar.

In fact, save for the uncertainty behind center, they were in almost this exact situation a decade ago. And the fate of football life in post-Brady Foxborough could hinge on how close the front office can come to replicating the success they had back in 2010.

Before this one, that was the last year the Patriots entered the offseason after failing to advance past the wild-card round — and then, just like now, that untimely playoff exit prompted questions and conversation about the future of the program.

The 2009 Patriots had the oldest offense in football, their average defensive player was north of 28 years old, and leading into the draft they did little in free agency (with all due respect to Torry Holt, Alge Crumpler, and their six combined catches). Recent misses in the early rounds of previous drafts had begun to take a toll. The 2019 Patriots left a rather similar profile, and it’s a big factor in why the franchise finds itself at a crossroads. Even if Brady had stayed, for this epic run to continue an infusion of fresh talent would’ve been required.

Ten years ago, that infusion came in the form of a draft haul that set the stage for the decade that followed. Even after trading down twice, they used their first-round pick to select Devin McCourty — who might be the best defensive draft choice of Belichick’s tenure. In the second round, they used a pick secured a year earlier (along with the choice that became Julian Edelman) to move up and take Rob Gronkowski, arguably the greatest tight end ever. 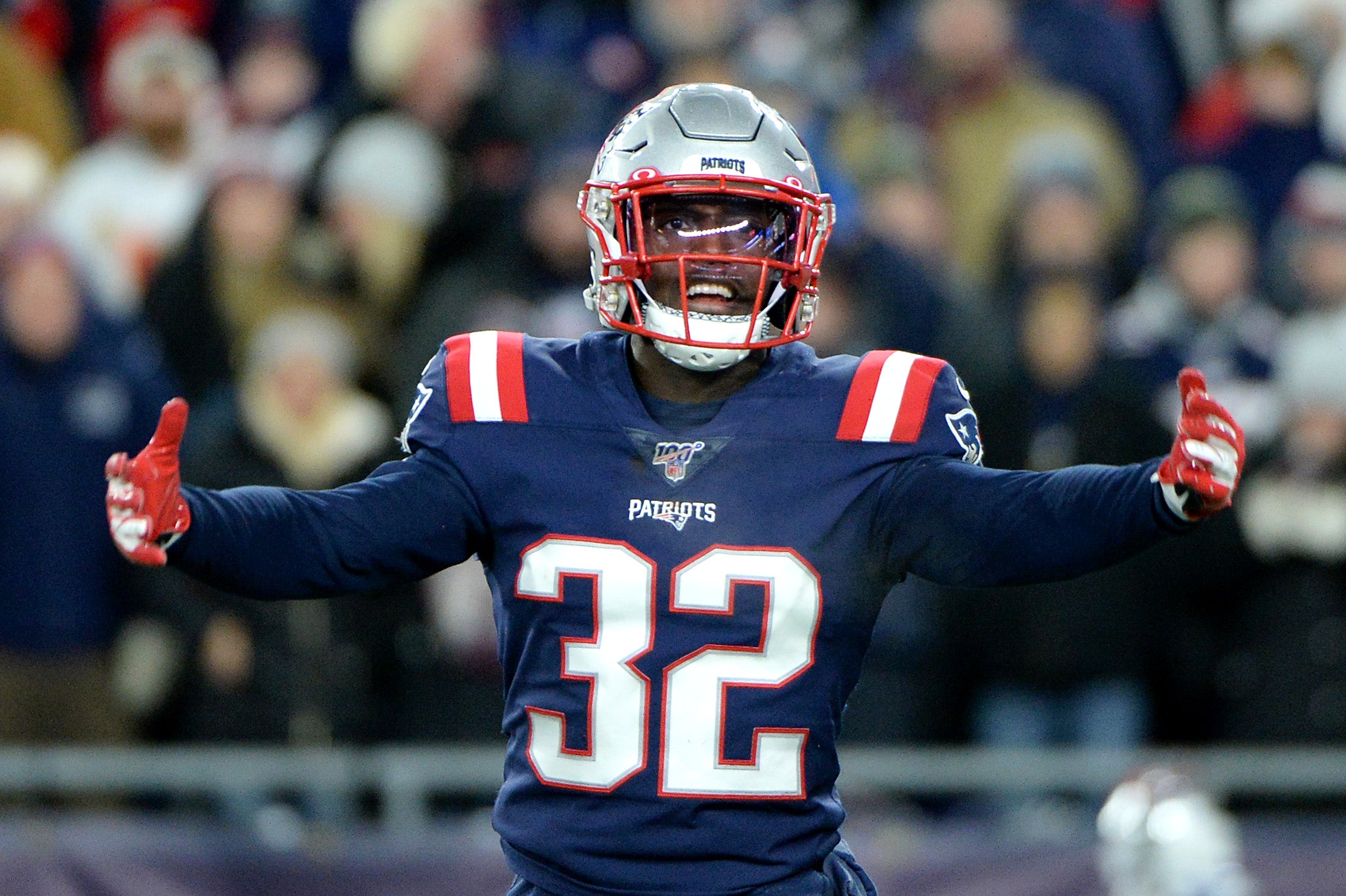 Part of the maneuvering that landed McCourty also netted a fourth-round choice that was spent on Aaron Hernandez, who contributed 18 touchdowns in 38 games and was on his way to being a perennial Pro Bowler before his off-field life was exposed and he landed in jail. Add in second-round pick Brandon Spikes and seventh-round choice Brandon Deaderick, and when the Patriots got back to the Super Bowl two seasons later, in February 2012, four of their starters were derived from that 2010 draft. And that doesn’t even include Hernandez — who caught a touchdown in that game — or punter Zoltan Mesko.

They lost to the Giants in that title tilt, but the boost from that draft class a decade ago was critical in kick starting the second stage of the Patriots’ dynasty, which ultimately netted three more Lombardi trophies. So if there’s to be a third stage, and more hardware, the parallels to 10 years ago present next weekend as a prime opportunity to start the process.

Except, sorry Pats fans, there are a number of factors that look likely to conspire against history repeating itself.

The first is the reality of the situation we’re all living through right now. Because of the COVID-19 pandemic, team officials will be orchestrating their draft operations from their own homes during the event, and for weeks leading up to the three-day affair they’ve been unable to stage private workouts or in-person meetings. The NFL was able to hold its scouting combine, and the Pats did get to see things like the Senior Bowl and a variety of Pro Day workouts put on by colleges, but the process was still truncated. Diligence will be left due.

The Pats are used to a shortened scouting process, given that they’d played in four of five Super Bowls prior to last season, and have grown accustomed to their season extending into February. However, a benefit of getting beaten by the Titans on Jan. 4 was supposed to be that Belichick and his staff would have nearly four full months to prepare for this potentially pivotal draft. Instead, the circumstances are set to make this draft more of a crapshoot than usual.

The possibility of a crapshoot is problematic for the Patriots because they don’t have much margin for error. They’re slated to choose at No. 23 overall, but sent their second-round pick to Atlanta for Mohamed Sanu last season and, thus, if New England picks and misses with their first rounder, it could be pick No. 87 before they get a crack at landing an impact player.

And there’s even more pressure on maximizing the value of that first-round selection because of the Pats’ dire salary cap situation. They’re down to around $12 million to spend, with roughly $10 million of that allotment earmarked for signing draft picks. Of that, the 23rd overall pick is slotted to consume about $2.4 million in cap space. That’s a significant chunk of the remaining assets New England has available to invest in the 2020 season. 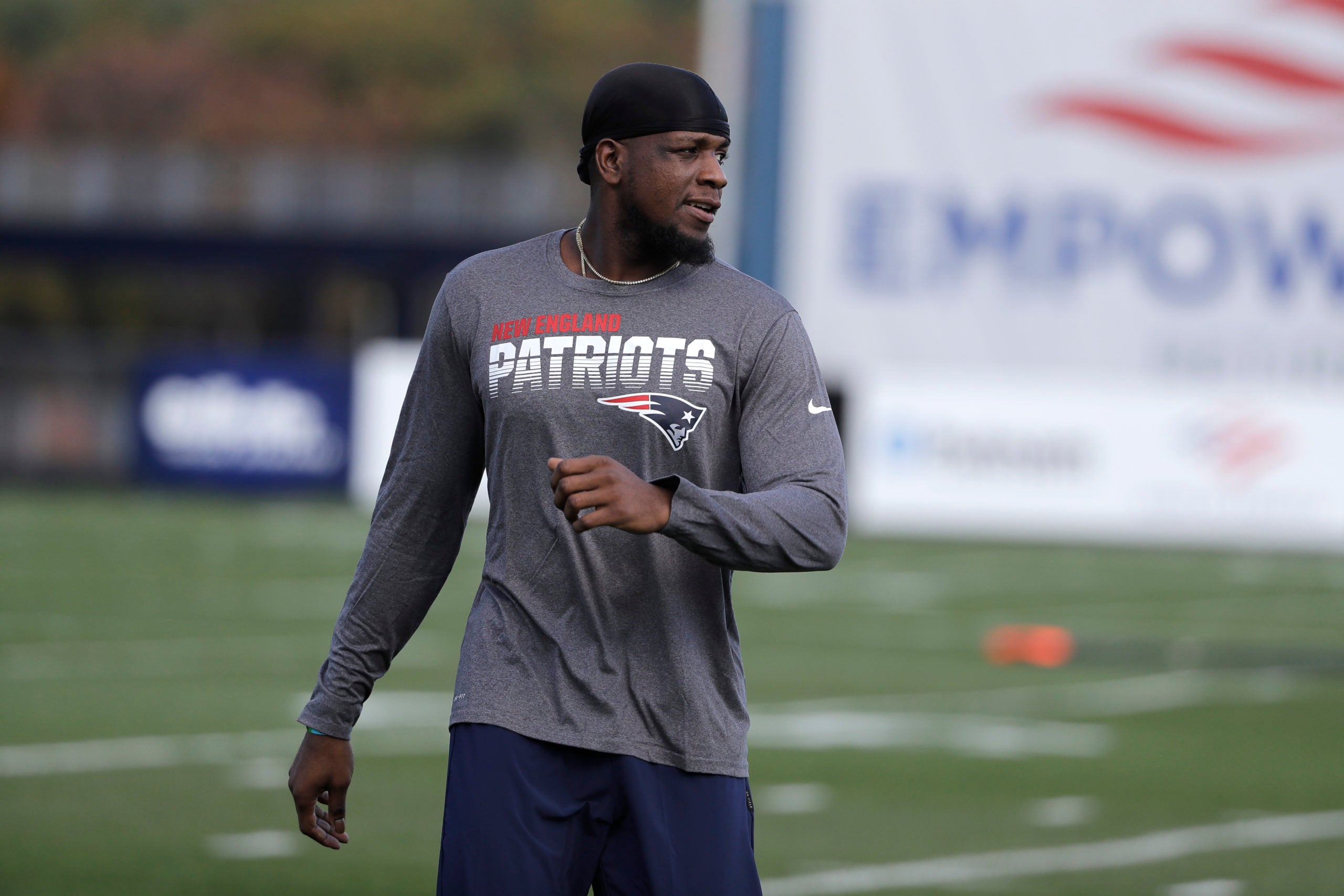 If that asset is wasted, there are likely to be consequences — possibly in terms of wins and losses, and potentially in relation to subsequent decisions Belichick would be forced to make to acquire talent. Beyond that, looking long-term, another first-round failure would extend the brutal stretch that has seen New England get a grand total of just 65 games played from those taken in the first or second round since 2016. Sony Michel accounts for 29 of those himself, and there are plenty of pundits critical of that pick, too.

That has created a talent void that was only exacerbated by the flood of starters who left via free agency last month, and so now the Pats are left with gaps to fill at a variety of key spots. Tight end should be a priority next weekend (like it was when Gronkowski and Hernandez were tabbed 10 years ago). Linebacker is a need. The defensive and offensive lines could use some fortification.

Oh, yeah, and they may be in the market for a quarterback, too.

There are so many holes, so much general uncertainty, and so much pressure to do well at the top of the draft, it should be no surprise if the Pats are active on the trade market over next weekend. They have a dozen picks, but six of those are in the sixth or seventh rounds. It’s unlikely, given the roster construction and cap space, most of those guys make it to the initial roster anyway. It would make sense if New England used those as sweeteners in other deals, or deferred them to a future year.

And there’s a strong case to be made for moving the first-round pick, too. It will annoy fans, but let’s say Belichick calls up his buddy Matt Patricia in Detroit. He offers the Lions No. 23 in exchange for picks No. 35 and 67. In what is said to be a deep draft, there may not be a great difference in the caliber of player available at 23 versus 35, and swapping for the sake of adding the third pick of Round 3 would make sense for the Pats. They’d recoup the loss of the pick sent for Sanu in some way, and they could effectively get two players for the price of one, as the projected contract slots for 35 and 67 add up to roughly what 23 will command all by itself.

That’s how the Pats have operated historically, and just the type of maneuvering that helped them hit a clutch homer 10 years ago. To do it again they’ll need to be creative, and to be opportunistic. But they’ll also need to be lucky.

Remember, McCourty was drafted as a cornerback, but struggled before coming to thrive as a safety. Gronkowski slid because he was considered an injury risk. Hernandez had character concerns that turned out to be founded. And not every pick was perfect. Before Hernandez and Spikes, Belichick took their University of Florida teammate Jermaine Cunningham.

Nevertheless, that next season the Pats improved from 10-6 to 14-2, and over the next 10 seasons New England went 125-35 (.781) in the regular season, captured five conference titles, and won three Super Bowls. In Belichick’s previous 10 seasons as the boss in Foxborough, the team went 112-48 (.700), captured four AFC crowns, and won three Super Bowls.

A decade ago, the Pats, set to pick 24th, entered the draft at a crossroads — and somehow found the path to even greater prosperity. A decade later, amid unfamiliar surroundings, they’re about to come upon a familiar situation again.

But this time there seems to be a quite a bit blocking them from the chance to continue down that same golden road. 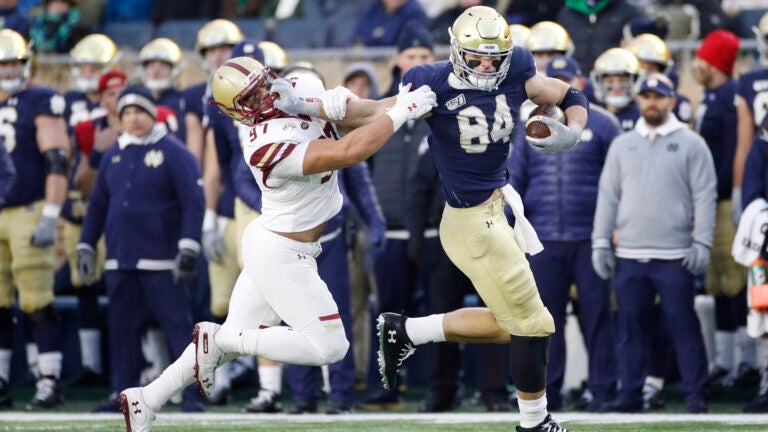 The Patriots need a tight end. Here are 10 possible fits in this year’s NFL Draft.