The dominant news in New England sports broke a little after 4 p.m. ET on Tuesday when the Patriots traded Rob Gronkowski to the Buccaneers.

The deal, in which a hitherto retired Gronkowski was sent to Tampa along with seventh-round pick in return for a fourth-round pick, sent shockwaves around the NFL.

After the trade was done, Brady commented on an NFL Instagram that showed his 2019 video with Gronkowski saying, “Run it back.” He later re-posted a Gronkowski-themed video on his social media:

Time to run it back Gronky!

“As soon as Brady went to Tampa, I started hearing rumors about this,” Rapoport explained of the Gronkowski comeback. “And I know I wasn’t alone. I know other reporters were hearing it too, and every once in a while someone else would throw out a, ‘Here’s this rumor I’m hearing,’ or whatever.”

“He told [teams] in the process who were actually interested and had offers, that he wanted to bring Gronk with him,” said Rapoport. “So that much I knew. But that was still like a third of the story because Gronk still needed to actually want to come back and be ready to come back and then the Patriots had to deal him. There are so many things that had to happen.

“Then I get a call yesterday that was like, ‘Hey man, this might sound crazy, but you should probably check on this,'” Rapoport continued. “And then from zero to six minutes, I was able to tweet it. I had three people corroborate and then one called right after I tweeted. I’ve never had a news story go from literally rumors to breaking in six minutes like that. It just never happens.”

The swift timing was also an indication that the trade had been kept private until it was almost done.

“By that point, the Patriots and the Bucs were already deep in talks, they already basically had a deal, and Gronk had already taken his physical,” Rapoport explained. “They were just waiting on the results, and obviously [he] passed. The whole thing was bananas, but the fact that Gronk left the door open at every single turn and actually said he was coming back was pretty astounding yesterday.”

With the draft coming up later this week, Rapoport also shared his continued thought that the Patriots will draft a quarterback, saying he believes it will happen in the first three rounds.

Trivia: Who has the most wild pitches in Red Sox history with 125?

Hint: He was originally drafted as a second baseman.

The current odds on where Tua Tagovailoa will be drafted: This dad did 30 days of trick shots during quarantine and it’s amazing (via Hummy’s VR Comedy/Youtube, @sportsnation) 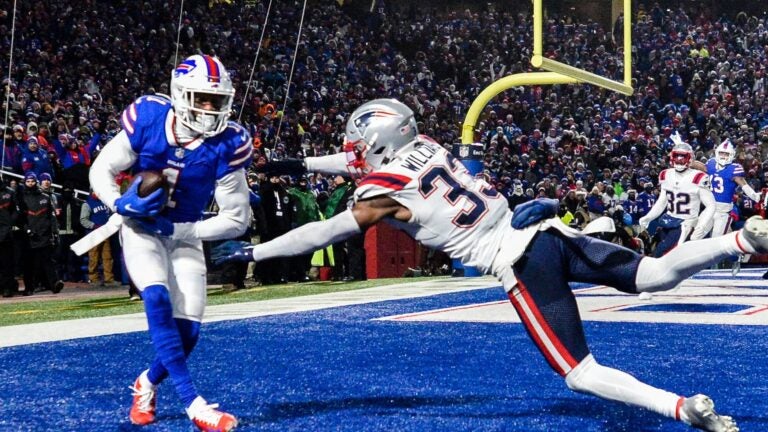