Tom Brady is a Tampa Bay Buccaneer. It happened more than a month ago, and yet I could write that sentence another 100 times, read it out loud every single time, and it would still seem weird.

Just wait until we see him in that foreign Bucs jersey, which is only slightly uglier than the Patriots’ new uniforms. We’re going to know what Jets fans feel like whenever they stumble across a picture of Joe Namath as an ancient Ram.

Brady elsewhere will never be normal. And now Rob Gronkowski is coming out of his one-year sabbatical to reunite with him with the Bucs. The worst franchise in NFL history by winning percentage is now a soft and sunny landing spot for Patriots legends. That’s a plot twist I didn’t see coming. Is Bucs envy a thing?

Yeah, it’s safe to say much has changed with the Patriots this offseason. An understatement, really. The most stable organization in sports over the last 20 years – one so sturdy it just kept right on winning through two  –gate scandals and the revelation that a star tight end was a murderous psychopath – must deal with the seismic change of Brady’s departure, as well as some much smaller aftershocks that the depleted the roster of quality veterans such as Kyle Van Noy, Duron Harmon, and Jamie Collins.

The national perception – wish, really – is that the era of excellence has ended. Maybe it is so. The Patriots were 12-4 last year, but went 4-4 down the stretch, couldn’t beat any of the other AFC division winners, and lost uninspiringly in the first round of the playoffs to a Titans team that played with the smarts and poise we’re used to from the Patriots. Turns out the final scene of Brady’s Patriots career really was that pick-six to Logan Ryan.

There are 31 other NFL cities that would delight in this being the end of the Patriots’ run. Some folks in those cities are probably going to back up their schadenfreude with their money. The Caesars sports book in Las Vegas has the over/under for Patriots wins at 8.5 this season. The Buffalo Bills are favored to win the AFC East, the first time since 2003 that the Patriots are not the preseason choice.

Jeff Davis, the head oddsmaker at Caesars, told ESPN he’s not sure the Patriots are even a .500 team. “My raw number on the Patriots is less than eight [wins],” said Davis. “Outside of the secondary, which is one of the best in the league, the rest of their roster I think is one of the worst in the NFL.”

These Vegas guys know what to do to keep the money rolling in, even if you’ll excuse me while I ignore their assessments of roster strengths and weaknesses. But even with the acknowledgment that much has changed, and not clearly for the better in any way that we can comprehend, I’ve got to admit, I’m stunned how so many are underestimating the Patriots – and Bill Belichick in particular.

You think the Patriots are going to win only eight games, and perhaps even fewer than that? Well, I’ll agree with you, but only with one fat caveat: The only way they’re winning eight games or fewer is if the COVID-19 pandemic condenses the season to 12 games.

The Patriots will miss Brady’s institutional knowledge, which was unmatched in sports. I wish he’d played his whole career here. But it’s absolutely foolish to think Belichick was blindsided by this, and that he doesn’t have a plan – let alone several alternate plans – to replace him. We can debate whether Jarett Stidham is capable of starting, or whether it’s worth trading up for lottery ticket Tua Tagovailoa; Belichick knows the pros and cons of these options better than we ever could.

He knows so much we don’t right now, including how Van Noy and Collins will be replaced, whether last year’s picks like N’Keal Harry, JoJuan Williams and Damien Harris – the last two of whom were basically redshirted – are ready to leap forward this year, whether Isaiah Wynn is locked in at left tackle, whether David Andrews will be back, and whether Joe Thuney will be traded, among other important roster-construction topics.

Yes, the Patriots absolutely need to have a draft this year that provides an influx of young talent, in part because the early returns are not great on more recent drafts. But history tells us that Belichick and Nick Caserio will find players somewhere that end up being valuable contributors even if they arrive with little name recognition. There are other Van Noys to be found.

Belichick isn’t that young anymore. He turned 68 on April 16, and is the second-oldest coach in the league to Pete Carroll, who turns 69 in September and aged at least 30 years on the night of February 1, 2015. But you’ve watched Belichick for more than 20 years now, and you know that while his football genius has never waned, the challenge of winning without Brady will invigorate him even further.

This team is not going to turn into late-career Don Shula Dolphins, settling in to the mediocre middle as the coach lurches toward the all-time wins record.

Belichick is going to try to build and win at once. I trust him to do it, even if it’s not clear to us yet how the personnel will be deployed to make it happen.

It’s a bummer Tom Brady is gone. It’s a bummer that Gronk is joining him, since it’s a further confirmation of how joyless he found Foxborough at the end.

But the Patriots still have the greatest football mind there has ever been on their side. Eight wins or fewer? C’mon.

Then again, perhaps this is Belichick’s greatest trick yet – convincing those suckers he’s dominated for 20 years that it’s finally their turn to win. 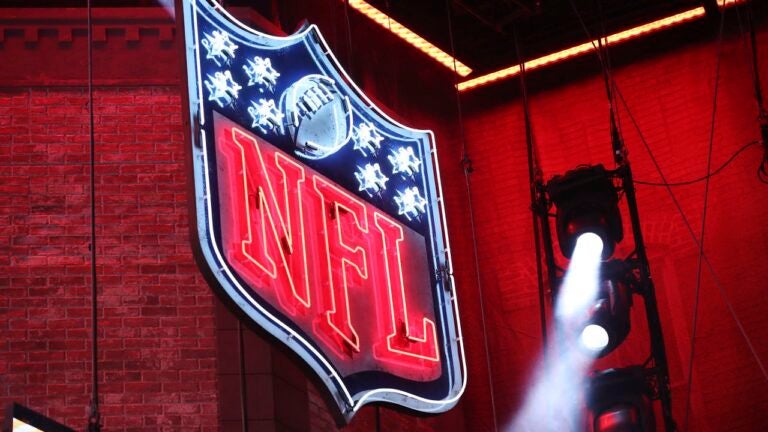 Everything Patriots fans should know about the 2020 NFL Draft