After the Patriots traded away their first-round pick in the NFL Draft Thursday night, Patriots director of player personnel Nick Caserio stated the obvious that the team will be active tomorrow, with five picks throughout the second and third rounds.

“We’ll see how it all works out,” Caserio said. “I’m sure we’ll be active tomorrow. At some point, we’ll end up picking a player, or two, or three. Who knows how it goes? We have some flexibility going into tomorrow, so we’ll re-calibrate where we are, what’s left, and kind of take a look at some of the overall players.”

Caserio compared the Patriots’ situation to that of 2009, when the team traded out of the first round and collected 12 players, including Patrick Chung and Julian Edelman, in the later rounds.

New England received their only second-round pick (No. 37 overall) and another third-round pick (No. 71) after trading their first-round selection to the Los Angeles Chargers, and will also pick at Nos. 87, 98, and 100 on Friday. They have eight picks available in rounds four through seven on Saturday.

The high number of picks will give them many options to fill holes on both sides of the ball. The trade with the Chargers will also give the Patriots a chance to improve upon some recent missteps in the second round. 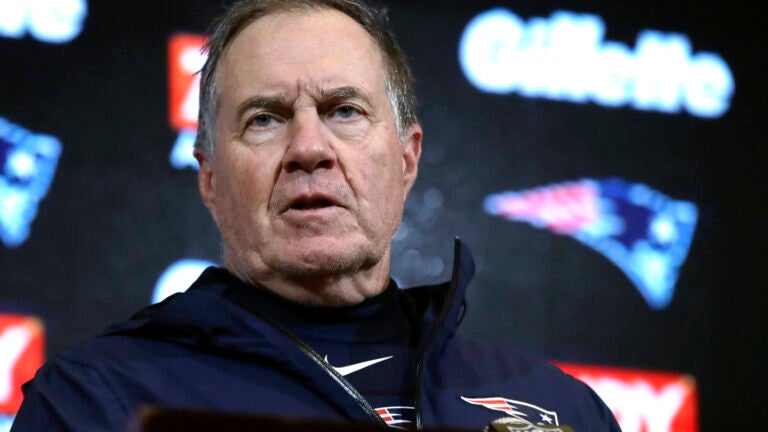 Patriots trade out of first round, deal No. 23 pick to Chargers