After trading with the Baltimore Ravens to move up Friday night, the Patriots drafted former Michigan linebacker Josh Uche at 60th overall in the 2020 NFL Draft.

Here are five things to know about Uche, who at 6-feet-2-inches and 250 pounds will fill a hole at linebacker:

It took until his junior year for him to emerge.

Uche didn’t see much time on the field during the first half of his career at Michigan – injury and illness prevented him from appearing in more than 14 games across his freshman and sophomore years, adding just six tackles.

After his senior year, where he appeared in all 12 games and was named the team’s defensive player of the year after tallying 35 tackles (11.5 for loss) and 8.5 sacks, Big Ten coaches named Uche to the all-conference second team.

At Michigan, he could’ve played a fifth year.

Uche only played in four games as a freshman due to a meniscus injury, but he didn’t want to stick around for an extra year, though the Wolverines petitioned the NCAA for a medical redshirt waiver.

“I put together two productive seasons at Michigan,” Uche said in December. “It’s just been a life-long dream of mine, and I felt like it was time.”

Chase Winovich was his teammate.

Uche will join fellow Michigan man Chase Winovich, who was drafted in the third round last year, in New England.

The @Patriots have selected him with the No. 60 pick in the #NFLDraft #ProBlue

“That was my boy,” Uche said. “When he was at Michigan, I remember before every game we talked about what techniques we were going to use to beat the tackles that week.

“It’s great to have that chemistry back, possibly. I mean, he’s just a great guy. High motor, high character.”

He held his own Pro Day.

The 21-year-old missed the NFL Combine after suffering a hamstring injury at the Senior Bowl. When the closure of universities around the country due to COVID-19 meant he wouldn’t get a Pro Day either,  Uche took matters into his own hands.

With no Pro Days this year, this was the video sent to all NFL teams today of Michigan LB Josh Uche: pic.twitter.com/rj75nlSAaN

He brings a ‘unique’ versatility to the pass rush.

Uche described his pass rush as “unique” and “reactive” in a pre-draft interview with USA Today.

“A lot of guys go into their rushes with a set move,” he said. “A lot of guys are gonna work that move regardless of how the offensive tackle takes his set. I attack more and I react more. I’m very reactive. Whatever the tackle gives me, I react to it. At times, I dictate what I’m gonna do as well. It’s a very unique arsenal.

“Pass rushing is an art form to me. There’s a lot that goes into it. I have the power rush, I have speed, I have the stutter, I have some counters. I have a lot of moves in my arsenal.” 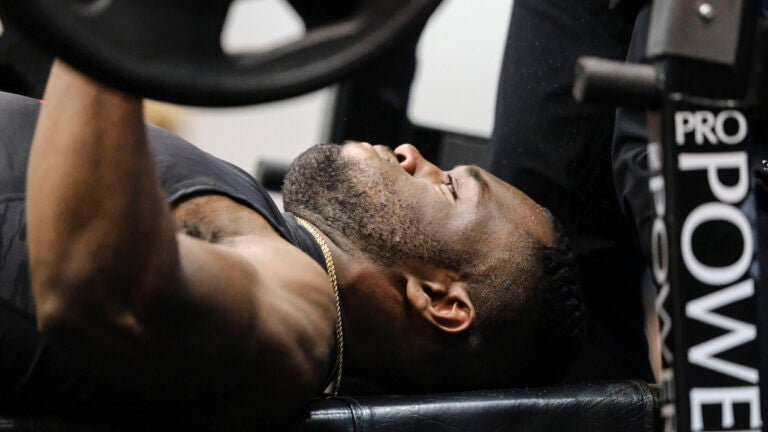