The Patriots surprised with their first pick of the 2020 NFL Draft, taking safety Kyle Dugger out of Division 2 Lenoir–Rhyne.

ESPN’s commentators were quick to praise the 24-year old Dugger, who won the Cliff Harris Award last season as the best small-school defensive player, helping the Bears go undefeated before falling in the regional final to West Florida.

Kyle Dugger was a cheat code on this punt return. pic.twitter.com/qJ0oykfNU5

“You’ve got to be a guy who’s a stick-out performer, special teams, on the back end of that secondary,” said Trey Wingo. “Kyle Dugger was, throughout his career at Lenoir-Rhyne. That’s what makes you an early second-round draft choice.”

Co-host Booger McFarland praised Dugger’s versatility, even though the Decateur, Ga. native played only seven games as a senior due to injury.

“From a play-making standpoint, he is always going to be around the ball,” added Booger McFarland. “You can insert him, he will make sure if you need play on the defense, you can make the play.” 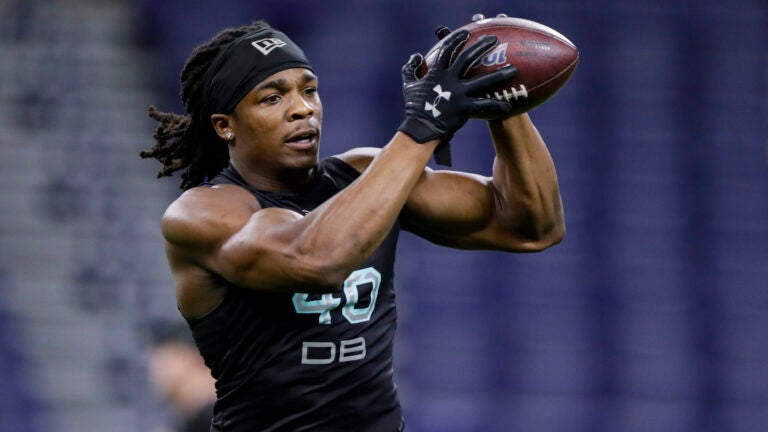