Tom Brady was as important as any single player can be, or ever will be again, in the building and maintenance of an NFL dynasty. Not just an NFL dynasty, either – the NFL dynasty, one that emerged and reigned in an age weighted toward parity, a dynasty that lasted twice as long as we had any right to expect. Heck, maybe four times as long. This thing could have ended in 2005 and it would have been a crazy run, you know?

Brady is the finest quarterback ever to play, and no one can make an argument otherwise without exposing a fandom-fueled bias. He is greatest on-field, seize-the-stage winner we have had around here since the greatest winner of them all, Bill Russell. His metamorphosis before our eyes into a sunburned “Tompa Bay” cheeseball will never affect our memories of his masterful two-decade run in New England.

Man, we were blessed to have that guy.  I wish he was still here. His departure is the end of an era, the kind you wished could last forever and almost convinced yourself it would.

But it is not the end of their age of excellence, even if many among use could use the reminder of how difficult it is to make the Super Bowl, let alone win the thing.

While Brady orchestrated so many thrilling victories, often when stakes were highest, there were many extraordinary moments and crucial decisions that had nothing to do with him.

Tom Brady did not …

Also, Tom Brady also did not draft Tom Brady and have the sense a year later to let him keep the job over the popular $103 million incumbent whom he’d replaced due to injury.

This was all Bill Belichick, of course, and I’m not even including the reels and reels of highlights and achievements that he and Brady did accomplish in tandem, such as 17 AFC East titles, 9 Super Bowl visits, and 6 victories.

I cannot believe I’m sitting here pecking out a defense of Belichick to a fan base that has witnessed his genius for 20 years, but here we are.

In the month since Brady left for Tampa, there have been too many words spent on which man was more responsible for the dynasty.

The simple reality is that they were both better than anyone has ever been in their respective jobs. And together, they were unfair to everyone else that it’s a wonder Roger Goodell didn’t try to assign one of them to the Bengals a decade ago for his precious parity’s sake.

But some of that Brady/Belichick debate has led to a foolish diminishing of Belichick’s accomplishments as a coach and roster-builder. One reader last week told me I was “way overrating” him.  I’ve heard from others that raged against his draft, since he didn’t pick a quarterback or receiver and the experts thought he would.  I don’t know, I kind of embrace watching him go against the Mel Kipers of the draftnik world, like he did when drafting Mankins and McCourty in the first round.  It offers clues to what he likes about his own roster and how it confirms or differs from conventional wisdom. We now have a pretty good idea that he’s fond of Jarrett Stidham at quarterback. I’m looking forward to seeing what Belichick already does.

I just can’t believe any Patriots fan would be skeptical of Belichick. You’re skeptical of him? Well, I’m skeptical of you, pal! (I said that like Robert DeNiro in “Midnight Run,’’ FYI.)

Yeah, I know the recent drafts don’t look great so far, and he should have taken Lamar Jackson in 2018. He’s not perfect, nor is anyone else trying to build a roster in the NFL. The Ravens took Hayden Hurst over Jackson in that same draft. Context is important – every single NFL executive has misses.  A lot of them. The draft isn’t science. It’s a crapshoot.

Belichick and Nick Caserio habitually find talent in more places than just about any front-office team in the NFL. There’s no one else I’d want running and coaching the team I root for. Also, his dog Nike did a fine job with some early picks this year. I expect the Texans to try to hire him as their scouting director soon.

No, Belichick hasn’t won big without Brady. But he won when Brady wasn’t yet a superstar – in 2001, Brady threw 19 touchdown passes and 13 interceptions. And citing him as some sort of Hue Jackson type of failure in Cleveland is just wrong. The Browns went 3-13 the year before he got there, the worst record in franchise history to that point.

He dumped icon Bernie Kosar – the right move –and built his program, and in 1994 the Browns went 11-5, allowed just 204 points, and bounced Bill Parcells’s upstart Patriots from the playoffs.  Then duplicitous Art Modell decided to bail on Cleveland for Baltimore, and the 1995 season was as hopeless as any situation could be. Belichick, scapegoated, was fired before the moving trucks got to Baltimore.

Imagine how NFL history would have changed had the Browns remained in Cleveland. Belichick never would have come to Parcells’s staff in ’96, or joined him with the Jets afterward. There would be no hilarious HC of the NYJ resignation note, and no statue of Ray Lewis in Baltimore. Dom Capers probably would have coached the Pats, and a parade of others after he inevitably failed. Brady probably would have ended up elsewhere in the 2000 draft, and who knows whether another coach would have recognized in him all that Belichick did.

Sports is full of what-ifs and butterfly effects and sliding doors. Luck sometimes seems as much of a factor as preparation, sometimes more. The Patriots have needed luck, in the draft, in random games, in roster-building, in Super Bowl wins, in so much along the way.

That doesn’t make them different from any other team. What does make them different is that they had Belichick and Brady on their side.  They were brilliant individually and unprecedented in tandem. But some of their contributions were mutually exclusive.

If you have doubts about Bill Belichick, maybe you should have taken your eyes off the quarterback once in a while over the last 20 years. I know that was hard to do. But that genius has gone south. Best to appreciate the one that remains. 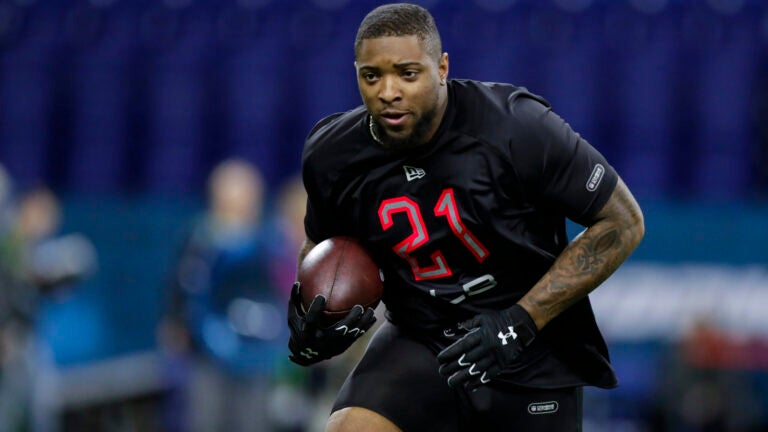 Sports Q: Who will be the best player in the Patriots’ 2020 draft class?