On Thursday morning, the Bengals reportedly decided to release quarterback Andy Dalton after selecting Joe Burrow with the No. 1 overall pick in the NFL draft. The rumors have swirled since January that Dalton could be a potential target for the the Patriots.

And earlier this week, the Boston Pride made a bold move to trade up to get the first overall pick in the 2020 National Women’s Hockey League draft. The Pride — who were 23-1 at the time of the league’s pause due to COVID-19 — were set to pick last in each round.

But having sent the team’s first round picks in 2020 and 2021 (plus a 2021 second round pick) to the Toronto expansion team, Boston jumped up to select Massachusetts native Sammy Davis, who played college hockey for Boston University.

Rob Gronkowski says his playbook remark was a joke: In the aftermath of the NFL draft, former Patriots tight end Rob Gronkowski — who was traded to the Buccaneers on April 21 — made an appearance on a virtual draft afterparty.

As ESPN host Sage Steele spoke about how top pick Joe Burrow had been working with the Bengals’ playbook for “weeks,” Gronkowski jumped in.

“I was in the Tampa Bay Buccaneers’ playbook four weeks ago, and I wasn’t even on the team,” Gronkowski said.

The comment eventually drew interest from across the NFL, given that it would have been against league rules for Gronkowski to have a playbook for a team he wasn’t a member of.

On Wednesday, Gronkowski tweeted a clarification.

“I was just joking around with Sage as I was pretty much the whole time that night when I was co-hosting the show,” said Gronkowski in a note he shared on social media. “Wowsers, my co-hosting skills on point!”

“I actually received my team-issued [Microsoft] Surface today from the Bucs and it’s still in the package,” Gronkowski added.

Of course, the reality is that Gronkowski definitely needs to learn the playbook, as he explained in a video chat posted on the Buccaneers’ team YouTube channel.

Hint: Along with baseball, he was a college football player. At the University of Tennessee, he was briefly the starting quarterback before being replaced by a freshman named Peyton Manning.

Manny Ramirez updated of him Hitting yes he never lost his touch he still got it Opportunity is there for a come back for China Professional Baseball League he ready with Lord Powers Blessing ⚾️🙏 pic.twitter.com/cD2NN4exg9

A healthy diet of fastballs and curve balls:

We’ll never be as cool as this kid. via @oc_baseball_kid

On this day: In 2009, Ray Allen posted 51 points (shooting 9-18 from 3-point range) in an overtime loss to the Bulls in Game 6 of the two teams’ first round playoff series. Boston would go on to win the series in Game 7 at TD Garden.

Daily highlight: No margin for error. 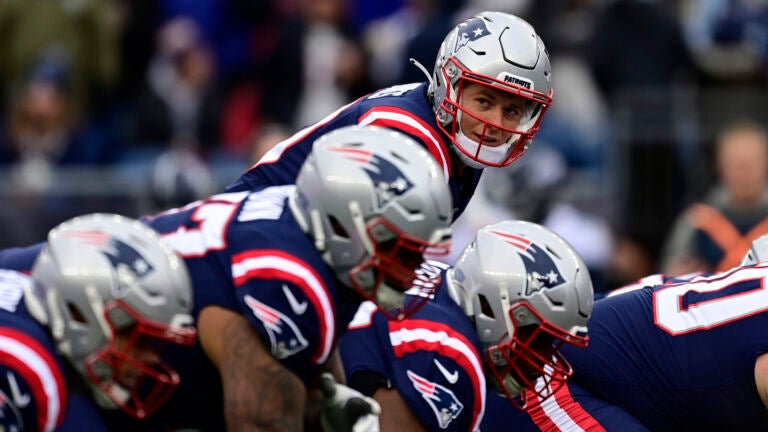