The NFL released the schedules for all 30 teams on Thursday night, giving fans a preview of what’s to come in 2020, despite concerns persisting about the league’s ability to hold games as scheduled due to the coronavirus.

Even with Tom Brady departing the team in free agency, the Patriots find themselves with the maximum number of five prime time games in 2020, tied for most in the NFL with seven other teams, including Brady’s Tampa Bay Buccaneers team.

It won’t be an easy schedule for the Patriots, who have the toughest schedule in the NFL according to average opponent win percentage in 2019, at .537. Making things tougher are two West Coast road trips, and an early bye week in Week 6.

Here are some other things to note about New England’s 2020 regular season schedule.

A three-game road trip in December could make or break New England’s season.

While New England gets one West Coast road trip out of the way early in Week 2 at Seattle, its second trip out west will be much trickier to navigate in Weeks 13 and 14, against the Chargers and Rams.

The team will almost certainly spend the entire week out in Los Angeles in between games, as the Rams game will be played on Thursday night, giving the team a quick turnaround to prepare for Sean McVay and his creative offensive schemes.

Both the Chargers and Rams games offer plenty of intrigue. Rookie quarterback Justin Herbert could very well be starting for the Chargers over Tyrod Taylor by Week 13, and his team has surrounded him with a wealth of offensive weapons (Keenan Allen, Austin Ekeler, Mike Williams, Hunter Henry) and a defense loaded with talent too. The Rams game will be a rematch of Super Bowl LIII, and will be in prime time on FOX. Seeing Bill Belichick’s defense try to stop Sean McVay’s offense will be another fascinating chess match to watch.

Early-season games at Kansas City and at Seattle could break the Patriots’ way if crowds are not allowed.

Seattle’s CenturyLink Field and Kansas City’s Arrowhead Stadium are the two loudest stadiums in the NFL, bar none. With Jarrett Stidham the front-runner for the starting nod right now, it would be a huge boost for the second-year quarterback to avoid playing in front of two raucous crowd environments in his first four weeks as a starting quarterback in the NFL, if fans aren’t allowed in stadiums to begin the season.

Governor Kate Brown of Oregon said on Thursday that large gatherings in her state would likely not be allowed until October at the earliest, and with Washington as a neighboring state of Oregon, it wouldn’t be shocking to see the Washington state government follow suit in a similar fashion.

Playing Lamar Jackson, Deshaun Watson, and Kyler Murray all in a row will be a challenge.

It’s a good thing the Patriots added some youth and speed in this year’s draft, because they will need it in Weeks 10-12, when they face arguably the most dynamic runners at the quarterback position in the NFL in Lamar Jackson, Deshaun Watson, and Kyler Murray.

The Baltimore game will especially be a tall task for the Patriots’ defense to prepare for, coming off of short rest after a Monday night game on the road against the New York Jets in Week 9.

Whether rookies Kyle Dugger and Josh Uche are up to speed by this point could dictate the team’s chances in stopping these quarterbacks. The rookie defenders’ speed and athleticism will be desperately needed.

If you find it weird seeing New England get a bye week so early in the season, it’s because you’re right. Only twice in the past decade have the Patriots had a bye as early as Week 6 (Week 5 in 2010 and Week 4 in 2015).

While a later bye is usually preferred by most NFL teams, having a bye in Week 6 this year could give Belichick a good opportunity to evaluate his new-look team before they enter their stretch run. If the quarterback situation is still in flux at this point, Belichick could make a move and bench the starter in favor of his backup, whether that be Brian Hoyer replacing Jarrett Stidham, or vice versa.

Week 7 matchup with the 49ers a candidate for game of the year.

Coming out of that bye week, the Patriots will take on the San Francisco 49ers at home, in a game that promises to have an abundance of juicy story lines to dig into.

Not to be lost in the Brady Backup Bowl is Belichick coming off a bye week facing a quarterback he knows as good as anyone in this league. Belichick is 15-5 with the Patriots in games after a bye week, and it will be fun to see what he cooks up for Jimmy G.

Don’t fret, Patriots fans, you will still be able to keep tabs on how Tom Brady and Rob Gronkowski fare with the Tampa Bay Buccaneers this season. The two teams only play at the same time just twice this season, Weeks 15 and 17. (Here’s the Bucs’ 2020 schedule)

If my analysis of the schedule is correct, you could see up to 15 Bucs games on TV in Boston this year. https://t.co/z7mcSNGQqe

In what is becoming an unofficial tradition because of the NFL rule that the final two weeks of the regular season must be divisional matchups, the Patriots will end the 2020 regular season with back-to-back home games against the Buffalo Bills and New York Jets again. The team has faced off against Buffalo and New York to close out two of the last three seasons, and this is also New England’s fourth year in a row of finishing the season with two consecutive home games.

If the team is still in the hunt for a playoff spot at this point, this is one aspect of the schedule that benefits them.

Jarrett Stidham will be thrown to the wolves right away.

No matter who starts at quarterback in 2020 for the Patriots, he will have a very difficult slate to begin the season. Stidham especially, if he wins the starting job, will have the pressure of replacing the greatest player in the history of the Patriots franchise, and perhaps the NFL, along with navigating his team through a rough opening stretch to the season for the first five weeks.

A Week 1 matchup against Brian Flores and the Miami Dolphins should not be overlooked, especially after Miami derailed New England’s chances at securing the bye in Week 17 by beating them at Gillette Stadium. If Tua Tagovailoa wins the starting job out of training camp, that could especially be a fun game to open the season.

Road matchups at Seattle and Kansas City, as previously mentioned, could be easier if crowds aren’t permitted in stadiums, but fans or no fans, those are still two of the top teams in the NFL, and will be difficult road matchups for New England.

In Week 5, before the team heads into their bye week, New England will welcome second-year quarterback Drew Lock and the Denver Broncos into Gillette Stadium. With Lock showing promise as the team’s quarterback of the future, and rookie wide receivers Jerry Jeudy and K.J. Hamler joining Courtland Sutton to form a dangerous receiving corps for Lock, this could be a trap game for New England before they enter their bye week.

If the Dolphins hand the keys to the franchise to Tua Tagovailoa right away, and Jarrett Stidham can beat out Brian Hoyer in training camp, as he should, that would give SEC fans a 2018 Iron Bowl rematch between Tagovailoa and Stidham.

Tagovailoa and his Alabama team crushed Stidham’s Auburn Tigers in 2018 by a score of 52-21, but it would be fun to see the former rivals square off again, this time as NFL divisional foes.

If the two quarterbacks both have success in 2020, that could lead to a fun divisional rivalry for the next 10-plus years.

3 West Coast teams face the Patriots on the road for 1 p.m. starts.

Another schedule quirk that will aid New England’s cause is playing three Sunday 1 p.m. games against teams from the Mountain Standard or Pacific time zones. Not only will New England have a home field advantage in their games against Las Vegas, Denver, and Arizona, but they will have a time zone advantage as well.

For New England to have a shot at the postseason this year, those three games in particular will be pivotal matchups. Being the team that is better-rested should help. 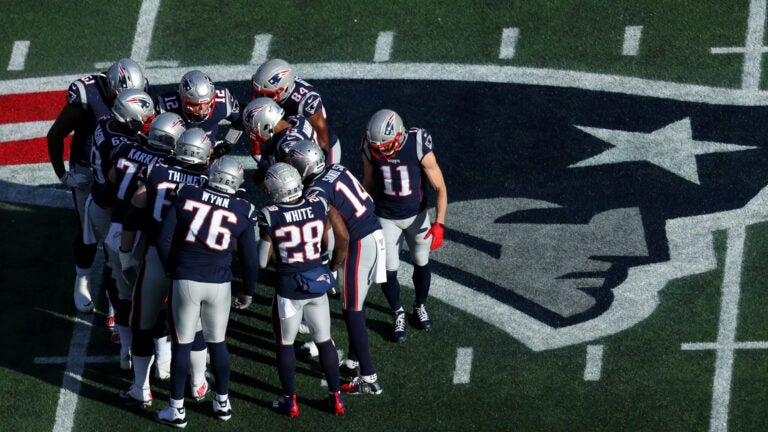