Devin McCourty was understandably a bit preoccupied as speculation about Tom Brady’s future took over the NFL offseason.

The Patriots safety was a free agent after spending all 10 seasons of his NFL career in New England. He watched the Patriots pick up the team option on the contract of his twin brother, Jason, but didn’t know if he would be playing alongside him again. McCourty, 33, spent the early offseason focusing on himself.

“I honestly didn’t think twice about Tom Brady’s free agency because I was a free agent,” McCourty told SiriusXM NFL Radio. “That was my main concern, where my family would end up. Would we be back in New England?”

.@Patriots Safety Devin McCourty told us his reaction when Tom Brady left in free agency and what he likes about the QB room in New England going into this year…

He eventually signed a two-year deal in March, and even after Brady announced that “his football journey would continue elsewhere” and signed a contract with the Tampa Bay Buccaneers, McCourty was appreciative of his time with Brady, but ready to move on.

“When I signed my deal and I was back, you kind of think of all the guys. Tom, the Kyle Van Noys, the Jamie Collinses,” he said. “All of those guys you had relationships with, Matthew Slater. That you kinda know, man, this could be it. That coulda been the last game I played with these guys. When he made a decision, to me, it wasn’t like the end of the world.

“He’s a free agent and when free agency hits, there’s always a chance a guy could go to another team. I’m happy for him,” he continued. “He played 20 years for one organization. The knowledge he’s passed down. How open he has always been with guys learning from him, asking him questions. Always so open. Great teammate. You become a free agent, that’s what our league is about. That’s what players before us have fought for. Be a free agent and choose. I was happy for him if he did what makes him happy.”

McCourty also spoke out about Brady’s departure in March, in an article he wrote for The Players’ Tribune about the “new challenge” awaiting the Patriots this season. 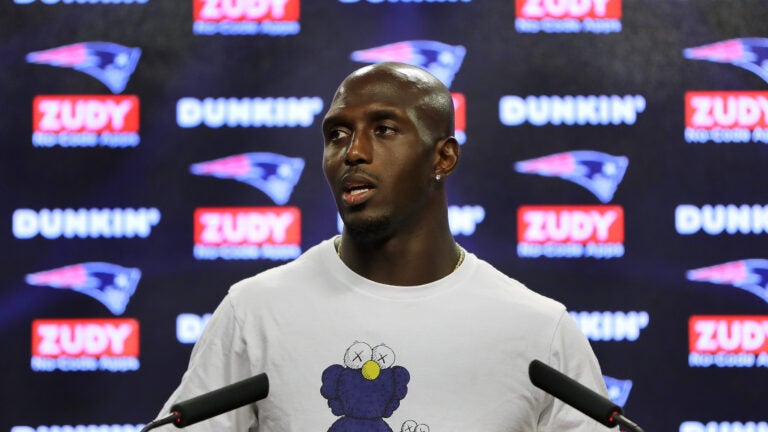 Devin McCourty: ‘A new challenge’ awaits the Patriots this season