Jarrett Stidham has been all the rage for the Patriots this offseason.

“I think Brian Hoyer will be the starter Week 1, and I say that because the quarterback position is one of the most important for reps under center, seeing defensive looks, looking at coverage, understanding the offense,” Ninkovich said on ESPN’s “Get Up.”

Ninkovich didn’t necessarily say he thinks Hoyer is better than Stidham. He thinks Hoyer will be the starter because without minicamps this offseason, the veteran quarterback will have the edge to be more prepared when the seasons starts.

“So if you have a veteran quarterback who has been in the system, understands what to expect what an NFL season is like, you’re gonna want to go with a guy who has the veteran leadership (and) also what it takes to be in that building,” Ninkovich added. “Look, when you’re a second-year player, you really don’t realize what a season’s like as a starter. You don’t understand what it’s going to take, and not having an offseason does not help. So, Brian Hoyer will be the starter Week 1.”

Hoyer saw limited action with the Colts in 2019. He threw for 372 yards with four touchdowns and four interceptions in three games. Hoyer has started 38 games for six teams over his 11-year career. He has yet to start a game for the Patriots. 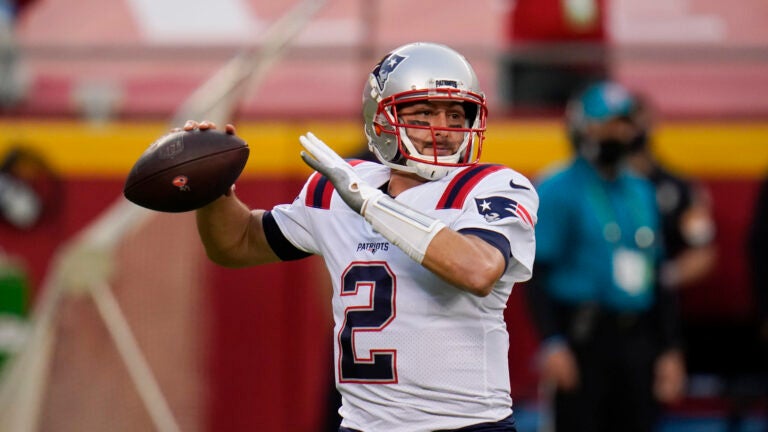 What the Brian Hoyer signing means for the Patriots' quarterback room