Amidst the COVID-19 pandemic, Jason McCourty said his offseason has actually felt relatively normal, so far.

In a conference call on Wednesday, the Patriots cornerback detailed how he’s been spending his time training and trying to stay in shape to prepare for the upcoming season, the same way he has over the past twelve NFL seasons. While he’s had adjust to the circumstances that the virus has caused, such as having virtual meetings, wearing protective face masks, and quarantining with his family, he’s maintained a sense of normalcy throughout his training and has even returned to the team’s training facility to rehab and recover from offseason surgery, per the NFL’s selective rules.

“I’m doing the same as I kind of normally would throughout the offseason,” he said. “I’m one of the few guys that had an offseason injury that allows me to be in the building, so I’ve been able to still go about all my rehab and my things that I typically would do in the offseason. Obviously, it’s different because it’s not the same not having everybody there. Obviously, we’re not doing OTAs, so we’re not practicing, but staying in shape for me has been relatively normal this offseason.”

When asked if it feels “weird” to be one of the few players allowed inside, McCourty brushed off the notion.

“At this point, no,” he answered.”I guess, what constitutes as weird has dramatically changed throughout the last few months. We’ve been in it so long that this has become rather normal to us at this point.”

“Right now, it’s been normal,” he said later. “I guess normal in a sense that the numbers are so few that it’s not anything that is different than anything that’s going on throughout our country right now. You go to the grocery store, everyone has on a mask, has on gloves. You can’t go to a gas station without someone doing the same. I think in that regard, it’s been normal to the practices that have gone on throughout every community.”

However, McCourty did admit that while inside the facility, there’s not much for him and his teammates to talk about other than “quarantine life.”

In his downtime, he said that while he has not been watching too many of the limited sports on television, with the exception of  NBATV, he did catch Buccaneers quarterback Tom Brady sink a dramatic shot during “The Match”.

“The only thing I saw from TB12 and them was he split his pants at one point and he sunk a hole in one,” he said. “So, I was happy to see he split his pants. The next time I see him, I’ve got to give him a hard time.”

With many states beginning the process of reopening, including Massachusetts, McCourty said he can understand why anyone would feel apprehensive about heading back to work right now, including NFL players.

“I think moving forward, I think we all have fears,” he said. “I think for me, the fear of going back to work is no different than the fear of walking in a restaurant and sitting down to have dinner. So, I think this is something that we’re all going to have to deal with. At some point, we’re going to start back up, Massachusetts and every other state around the country, and some in the South have already begun to open up. So, I think as players, we’re going to go through the same fears that a lot of other people in our country are going to go through.

“You’re going to have to figure it out the best way. When they tell us to come back to work, we have to as individuals make sure, ‘Hey, to my standard, I feel that this is safe enough. I’m ready to commit to it. I’m ready to do it.’ If not, you’ve got to go about whatever you feel is best for your family.”

However, he is not rushing a return to the football field just yet. With the uncertainty about when exactly practices will start, McCourty said he’s taking this time to focus on his injury.

“I don’t know,” he said when asked about how long he thinks he’ll remain in the league. “As long as it’s fun and physically and mentally I’m willing and able to do it, I think that’s the big thing. Obviously now, like you said, this is going into year 12. I’m married, three kids – there’s a lot of things that factor in, but I’m just trying to stay in the now and stay in the present. For me right now, I very much want to be a part of the 2020 season and I’m training my butt off to help this team in any way possible in this upcoming season.”

As an experienced player, he’s also making it a priority to support the younger players, such as Jonathan Jones, Joejuan Williams (“He loves to compete”) and J.C. Jackson — whom he’s nicknamed “gerbil”.

“For me, getting a chance to be around J.C. – J. Jones is a young vet himself – but Joejuan [Williams], all of those guys, being able to help them, whether it’s questions about finance, questions about agents or any of those different things, to be able to be just a sounding board. And then when we’re out there competing, there’s little things that experience teaches you. For me, being able to play for multiple organizations, coaches, there’s tidbits that you can kind of take from everywhere, and those guys know that’s one thing with me. Whatever the question or anything that I have to share, I’m going to do so. So, I love that that aspect. 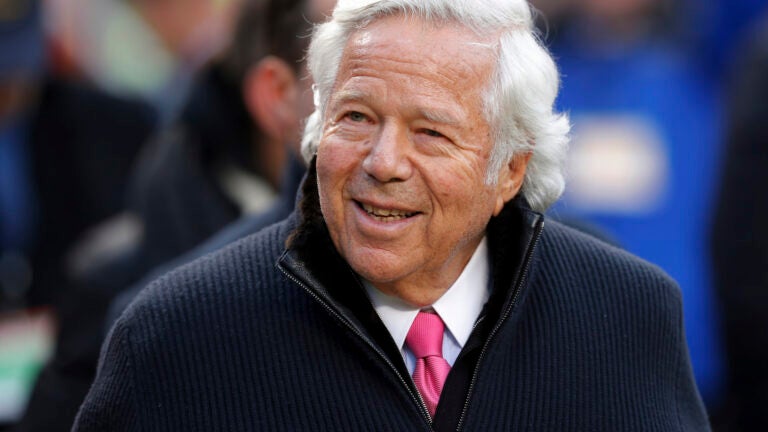