NFL analyst Chris Simms placed Patriots quarterback Jarrett Stidham at No. 35 in his latest quarterback rankings, but used an intriguing comparison when talking about his ceiling: Tony Romo.

“First off, I loved [Stidham] coming out of college,” Simms said on a recent edition of Pro Football Talk television show. “I saw a lot of him in preseason last year, and loved the way he looked. Really, when you look at him, there’s nothing to say or look at him physically and go, ‘Oh, there’s a weakness to his football game.’ He reminds me a little of Tony Romo. He’s a very pure thrower of the football. He’s got great mechanics, he’s natural that way. He’s smart, and we know he’s being well-schooled up there in New England.

“He doesn’t have as strong of an arm as Tom Brady, but it’s not far off — it’s right there in that range. It’s a really good arm, and he’s a good athlete. Not an athlete that’s going to run for a ton of yards, but can move around the pocket and extend plays that way. That’s what I’m excited about with Jarrett Stidham: He’s got great feel. He’s a natural at playing the quarterback position, let alone, he’s got skills that can really shine and stand out as well.”

So far, Brian Hoyer and Brady have not yet appeared on Simms’ countdown.

At this point, Stidham is likely the consensus starter in New England, as the Patriots enter the post-Brady era with him, Hoyer, J’Mar Smith, and Brian Lewerke at quarterback. A fourth-round pick out of Auburn last year, Stidham went 2 for 4 for 14 yards and an interception last year. 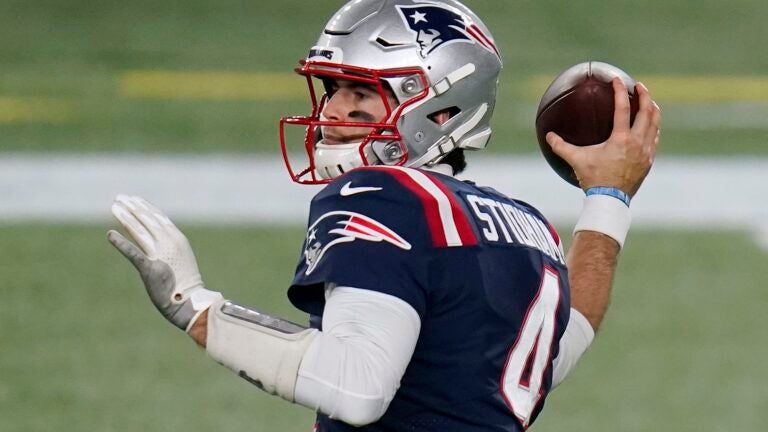