As Patriots safety Devin McCourty and his family grieved the loss of his third child, Mia, he watched the protests taking place around the country in light of the death of George Floyd and said he felt like it was a sign. Perhaps, he thought, his daughter wasn’t meant to go through this, was not supposed to see all that is happening in the world right now.

He says he took a moment and thought to himself, ‘‘Man, was God sending me a sign that my little girl that was supposed to come into this world with her eyes, she wasn’t meant for this?’

On Sunday, the same day that thousands of people gathered in Boston to protest, Devin and his twin brother, Patriots’ cornerback Jason McCourty, appeared on a livestream of their podcast, “Double Coverage” to share their thoughts on the recent protests and racial injustice.

As protesters chanted “I can’t breath” outside of the State House. which were the words spoken in agony by Eric Gardner and Floyd while they were being detained, Devin connected that statement to teachings in the Book of Genesis from the Bible.

“[Reverend Dr. Charlie Dates] talked about, multiple times, in the Bible starting in Genesis where God breathed life in Adam, and he went from clay to an actual human being. And then, after the Resurrection years later a second wind had to come, a Holy Spirit had to come to again, breathe that into you. So, you talk about that man is not supposed to take breath away. As you watch that video and you hear this man saying, “I can’t breath, I can’t breath.”

And now you look at what it is and whether it’s LA, Atlanta, you see all the peaceful protests, which is awesome, but you also start to see the violence whether it be from looting or cops coming with force and shooting people with pellets and different things like that.”

Jason explained that how people are reacting, whether it’s peaceful protesting, rioting or looting, is a way for them to communicate the emotions they are feeling. He was clear in saying that while he would chose to peacefully protest, he does not feel like he could convince someone who wants to riot or loot that what they are doing is right or wrong.

“As you watch what’s gone on the last few days, the rioting and looting, it’s a form of communication when you don’t know how else to communicate,” he said. “When you ask the question, and we were talking about it earlier today, are they good, are they bad? It’s been a back-and-forth dialogue in some of our group chats with some of our closest friends and, for me, I wouldn’t find myself out rioting and looting, I think a peaceful protest is awesome. But at the same [time], I can’t sit here in the comfort of my house and tell somebody who firmly believes that the rioting and looting is going to change [anything]. I can’t tell them that they’re wrong because I cannot direct in a manner that if you do A, B and C, we’re going to get the answer we want.”

Devin agreed: “To see the rage from people, to see anger, just high emotions like sadness, heartbreak — that’s what you expect because you don’t know what’s next. So, just to see those frustrations play out, we hope that you can post something to social media, talk to somebody that can be of some direction, but, it’s hard to do that when you’re lost and you have words you can’t describe. Like you said, it’s been tough to watch some of the violence go on but, 2020 has kind of brought that in and it’s just been, what’s next.”

Jason then added later said that if he were to see his brother enduring what Floyd did, he is not sure how he would emotionally react.

“For me, I’m in the house and I’m under control, but I don’t know how I would feel if I go on social media and I see Dev lay out in the street with a police officer’s knee on his neck. So, as I sit here and I see how angry people are and they don’t know how to express themselves.

“So, I’m not saying that what people are doing out in the streets they’re correct, but I’m just saying that unless we have the correct and the definitive answers to give them, I’m not going to shame them and call them this and call them that, but I do say that we have to find a better way to communicate and get our message across.”

With that, he also feels like it’s important to think of different ways to enact change. Jason shared a video on Twitter of an emotional exchange between two older black men, who shared their thoughts and experiences of battling racism and how the next generation can make a difference.

“I think everybody it just at a lost for solutions and people are resulting to things that they’ve been taught over years and years of people repeating the same actions,” he said. “From generation to generation to generation, we’ve repeated the same thing and the results are the same. [In the video] he sits there and he tells that 16 year old kid, ten years from now – you and your friends and the people that you’ve come close with that are passionate about this, need to come up with a better way. We cannot keep repeating the same thing and expecting a different result.”

Throughout the podcast, the McCourtys also interviewed a number of their former Rutgers teammates, including Antonio Lowery who is police officer working in Miami. To get a different perspective on what’s going on, they asked Lowery to share his experience working as a black police officer and dealing with the emotions many have towards the police force.

“I’m not the voice of every officer but, I’ve been on for a year and I’m going to tell you what I know, what I feel, etc,” Lowery responded, later adding, “When I had the opportunity when we got to Rutgers to study criminal justice and I minored in Africana Studies, I just thought that was a match made in Heaven. Perfect opportunity to change the system how I looked at it. Being an officer, it means that you have a platform, you can create change and that’s what I do.”

Jason touched on the mindset he had growing up after being told by older children that he was not supposed to talk to police and doing so could get him “in trouble”. Lowery said he understands why people are angry at the police, and that he’s working to change the narrative that people have towards officers through how he interacts with the community.

“People are angry right now, I’m angry, we angry,” he said. “They don’t understand that I’m feeling the same hurt that they’re feeling, but I still have my job. Every day as a first responder, I’m taught to go into crisis, situations are life and death. They teach us how to recognize what’s going on [and] your surrounding, but you have to still be you. And that’s me, that’s how I look at it: My life as an officer doesn’t end when I take off the uniform, I’m me one hundred percent, with the uniform and without. So, when I put on that uniform and we’re going through this situation, I’m going to still treat people how I treat them the same.

“I get to do what I love where I grew up, and how some people see us or other people that look different, it’s blessing that I can change that narrative,” he added. “I don’t drive down the street assuming all minorities or people with hoods whatever the case may be are criminals, just like I don’t want people to look at me like I’m a robot. I got a job to do and I treat you with respect.”

On the topic of police and racial tension, Devin then explained his thoughts on former NFL quarterback Collin Kaepernick, who knelt in protest of police brutality and racism. He feels like now, in light of what happened to George Floyd, people are finally getting his message.

“Look at [Collin] Kaepernick, a couple years ago people were going crazy, ‘This guy is this, this guy is that’, and the irony of a man losing his life because an officer’s knee is on his neck, and now all of a sudden people are like, ‘Aw man let me actually take the extra second to listen to what Kaepernick said in an interview about why he took a knee and why he did a silent protest.’ And when you listen to it, people are like, ‘oh that’s kind of how I feel right now after watching the video.’

And it’s like, yeah I know because if you ever stop and listen to what he was doing in his true message, you would have never gotten to that point and you would have never talked about the military, you would have never talked about the flag. You would have understood, he was talking about freedom. He was talking about a bunch of things that, whether you want to name Martin Luther King [Jr.] or Malcolm X, Harriet Tubman, you could go throughout history, Madam CJ Walker, all of these people wanted freedom for someone: whether it was women, black people, they wanted that and that’s what [Kaepernick] was talking about. I think it’s been very interesting to see just reactions towards him and how people now all of a sudden think, ‘Oh man yeah he is a good guy.’ No, he had a pretty good message from the beginning.” 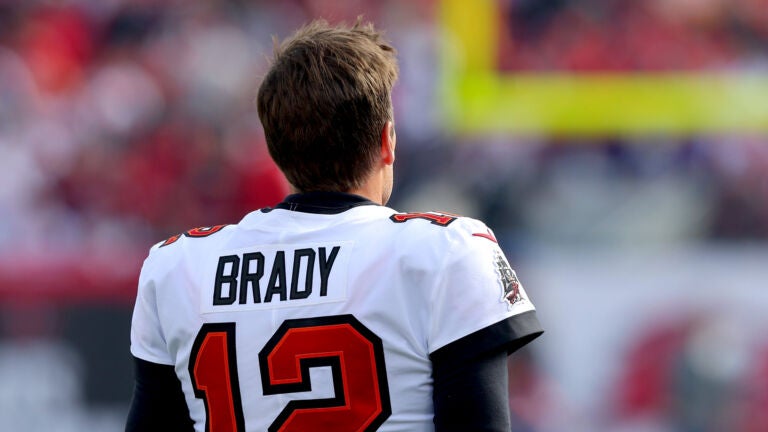