The sports world once again became representative of a wider societal discussion on Wednesday when numerous NFL players spoke out following comments made by New Orleans Saints quarterback Drew Brees over the decision by players to kneel for the national anthem.

On kneeling during the anthem — which began in the NFL when then-49ers quarterback Colin Kaepernick did so to raise awareness over police brutality and racial injustice in 2016 — Brees told Yahoo Finance he could “never agree with anybody disrespecting the flag of the United States of America.”

Several prominent players, including multiple teammates, responded to Brees. Both Devin and Jason McCourty of the Patriots were among those to react, calling Brees’s words a “disgrace.”

“I think it’s going to be an opportunity to uncomfortably have these discussions,” McCourty said, “and to be able to really feel what each and every person in the locker room has gone through. Not only myself, but there are so many guys from so many different backgrounds, races, demographics that allows us a special moment to be a melting pot and really in that situation be able to care for one another and be able to understand and talk to each other what our journey has been like.”

“It’s going to be an opportunity to uncomfortably have these discussions, and to be able to really feel what each and every person in the locker room has gone through,” Jason McCourty of the @Patriots on returning to the game amid the social unrest.https://t.co/rSDjxkUCAB pic.twitter.com/2cl7rb0rFl

McCourty was asked if it he truly thought every player would listen and understand.

“I think that we’ll have 90 guys that are willing to respect each other,” McCourty responded. “I think that there are different levels of caring. “

Still, whether players speak out publicly or not, McCourty said he believes everyone in the locker room will ultimately be able to understand the plight of fellow teammates.

“The pursuit for equality is a global issue, a fight for our human race, our country, our community, our colleagues, our friends.
I will do all I can within my own sphere of influence to make sure love, acceptance and understanding are paramount and that ignorance has no place.”

On this day: In 1967, Bill Russell was one of several prominent Black athletes to gather in Cleveland to meet with Muhammad Ali following his decision to not accept being drafted into the U.S. army. Ali had been stripped of his heavyweight title and would soon face charges for draft evasion.

Russell, Jim Brown, Lew Alcindor (who would later change his name to Kareem Abdul-Jabbar) and other Black leaders met to speak with Ali.

For years, the persistent myth was that the group was completely united behind Ali and his cause, but as Jonathan Eig of The Undefeated pointed out in 2017, that was far from the case.

Still, the group emerged from their meeting for a press conference with a singular purpose: to show support for Ali. It became an iconic image:

Russell, writing later in a Sports Illustrated column, spoke about how he “envied” Ali, since “he has something I have never been able to attain and something very few people I know possess. He has an absolute and sincere faith.”

“I’m not worried about Muhammad Ali,” Russell concluded. “He is better equipped than anyone I know to withstand the trials in store for him. What I’m worried about is the rest of us.”

Something more: Speaking of Abdul-Jabbar, who recently wrote an editorial column for the Los Angeles Times — he was a guest on SportsCenter to speak about the recent protests against racial injustice. 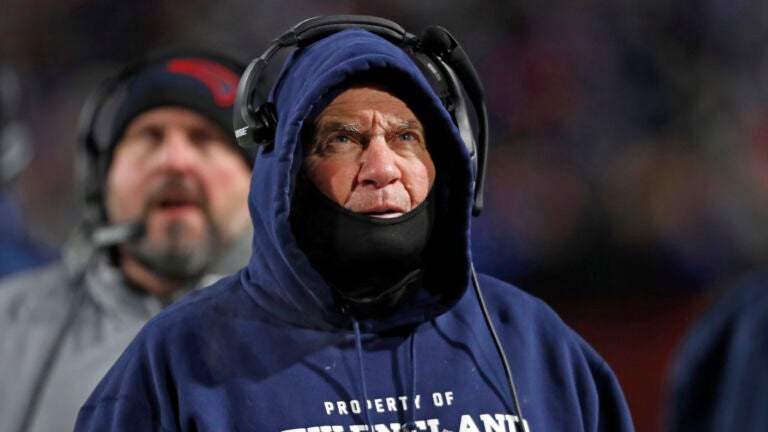