Patriots cornerbacks Devin and Jason McCourty say they hold “no animosity or hostility” toward New Orleans Saints quarterback Drew Brees, who received considerable backlash for his comments regarding players kneeling during the national anthem.

The McCourtys, who were among several athletes to criticize Brees for misrepresenting the reason players have taken a knee during the anthem, argue that the train of thought — not the individual person — is the issue at hand.

“It’s not about Drew Brees,” Jason said Thursday on an episode of their podcast “Double Coverage.” “It’s not about Jason or Devin McCourty. It’s about realizing, ‘Alright, here’s an issue and we need to find a solution for that issue.’ You don’t have an issue with Drew Brees when he makes those statements. You have an issue with that train of thought, and that thought is what we’re trying to move away from.”

Citing his World War II veteran grandfathers, Brees said in an interview on Wednesday that he will “never agree with anybody disrespecting the flag of the United States of America.” On Thursday, he issued an apology in which he acknowledged his comments “completely missed the mark” and “lacked awareness.”

Several NFL players have reiterated the decision to take a knee is to protest police brutality and structural inequality — and not to make a statement about the military.

Asked by a podcast listener if they “forgive” Brees, the McCourtys say that’s beside the point.

Added Jason: “I think sometimes we subconsciously have thoughts that we don’t know we have, and then we say some things that we may have to take some time to go back and self-reflect and be like, ‘Man, that’s not what I meant, but it definitely sounded like that. Maybe I need to look inwardly and see like, ‘Hey, maybe I’m not looking at this thing the right way.’ ’’

In September 2017, both Devin and Jason, then a member of the Cleveland Browns, took a knee during the national anthem. Almost three years later, with protests taking place across the country to raise awareness for the same issues, Devin acknowledged he feels “hurt” when people reach out now but stayed silent back then.

“You’re just hurt because I knew the backlash I was taking,” said Devin.

The McCourtys vowed their focus is on pushing the cause forward, as opposed to getting caught up on when someone joined the movement. Devin said he cannot enter conversations with a grudge. Instead, he must stay true to the goal of helping educate people who have expressed interest in learning more — even if that moment arrives a little later than hoped. 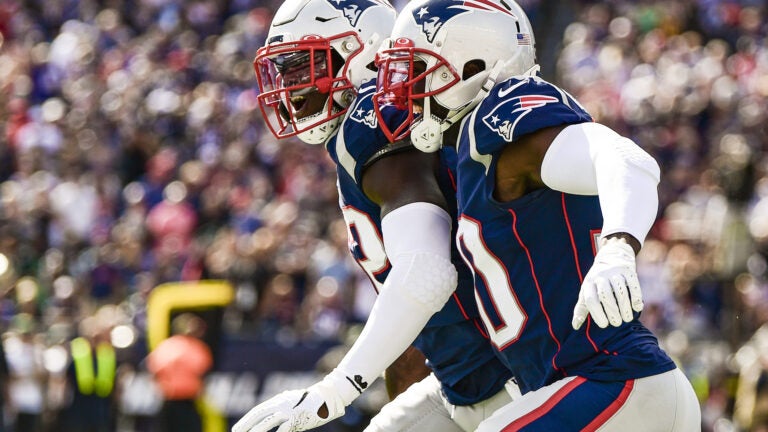 McCourty twins on Drew Brees’s comments about taking a knee during the anthem: ‘This is a disgrace!’