Like other organizations in the NFL, the Patriots are using the recent wave of protests against racial injustice and police brutality to have “uncomfortable” conversations.

Devin McCourty, one of New England’s team leaders, recently spoke about the team talks during an episode of his weekly podcast with his brother and teammate, Jason.

“I think we are like every other team,” Devin said during an episode of the Double Coverage Podcast. “We’ve had a bunch of good conversations over the last week that I think have been very healthy for our team. And honestly, I think it’s been very healthy for individuals to be able to express themselves for people to see other people’s points of view. I have thoroughly enjoyed that we’ve gotten [this], even though we’re not together. Usually when things like this happen it’s just so easy for us because we’re in the cafeterias, we’re in the locker rooms, we’re talking about these things because we are pretty close as guys, and we talk a lot about family things and things like that.

“It was good even with us being apart to be able to jump on our virtual meetings and just to have good conversations,” Devin continued. “I will go out on a limb and say every team that has had virtual meetings, that’s what they have done this past week, having time to really talk and get to know each other better.”

The McCourty brothers also addressed last week’s criticism of Drew Brees for his initial remarks misconstruing kneeling during the national anthem with “disrespecting the flag.” Brees later apologized, with the McCourtys saying that they hold “no animosity” towards Brees.

Instead, as Devin explained, it was more about the wider picture.

“For both of us, we kind of felt like — not that we have a huge issue with Drew Brees, I mean I don’t know him as a person, I’ve only heard great things about him — but what he said and what it represented,” Devin said of Brees’s original statements. “I thought it gave people an opportunity to say, ‘I agree with Drew Brees, he’s a great guy, I’m out of it.’ I think it gave them a chance to wash their hands of the racism talk, the uncomfortable [subjects]. It let them back out the back door and just get going. So that was my real disappointment in that statement.

“A lot has transpired since then,” Devin added. “Trump coming at Drew Brees, I guess you could say, saying that [Drew] should have stuck to what he said and Drew Brees sending him a strong message back. I think that’s what the league is about. It’s about guys taking stands and doing what they believe is right. I think you’ve seen that across the league.” 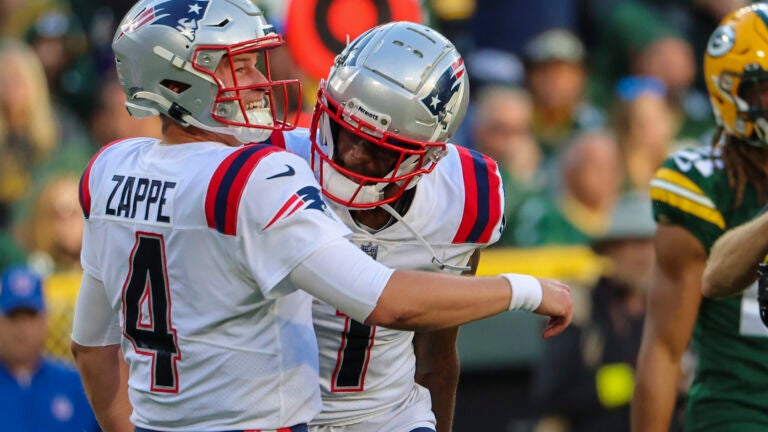