The Patriots will be disciplined for videotaping the Cincinnati Bengals’ sideline during a December 2019 game between the Bengals and the Cleveland Browns.

According to NFL spokesman Michael Signora, the Patriots have been fined $1.1 million and will lose a third-round pick in the 2021 NFL Draft. The organization’s production crews will also not be allowed to shoot any games during the 2020 season, and senior club officials will have mandatory training on league operation and game policies.

David Mondillo, the Kraft Sports and Entertainment videographer responsible for videotaping the sideline, has been banned from NFL facilities until further notice. The Patriots terminated Mondillo following the incident.

The punishments come over six months after the league launched an investigation into Patriots for violating league rules by filming an opponent’s sideline during a game. The team released a statement in December that said the organization sent a three-person video crew to the Bengals-Browns game to capture footage for a behind-the-scenes feature on a pro personnel scout.

“The sole purpose of the filming was to provide an illustration of an advance scout at work on the road,‘’ read the club’s statement. “There was no intention of using the footage for any other purpose.‘’

The Bengals played the Browns Dec. 8 in Cleveland, before hosting the Patriots the next week on December 15. New England won the game, 34-13.

Coach Bill Belichick has said he was not aware of the incident prior to the investigation.

“I can tell you we, as a coaching staff and I personally, have never used any video footage at all of anything those production people have done, other than what’s shown on public television or something like that,” Belichick said in December. “We don’t have anything to do with what they do.” 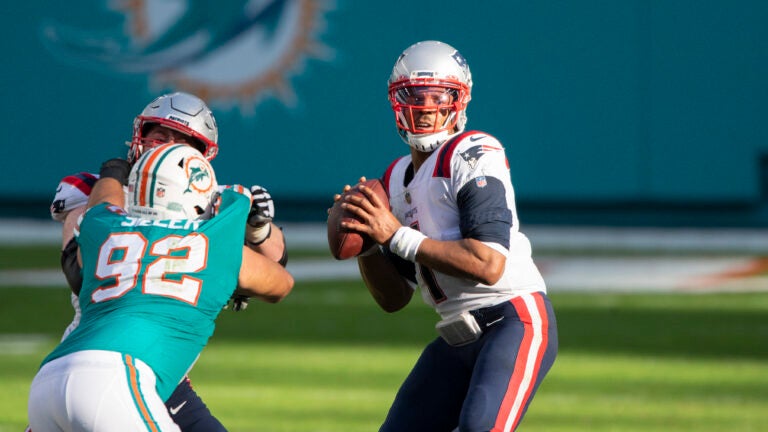