1. This is a lightning-bolt move.

The pickup of Newton is a really interesting way to kick off the post-Tom Brady Era. A big (6-foot-5), strong-armed passer, when he’s been healthy and locked in, Newton has been a dynamic offensive presence.

The 2015 season was his absolute zenith: he captured the NFL MVP award, while leading the Panthers to a 15-1 mark and Super Bowl 50. That season, he completed 60 percent of his passes for 3,837 yards, 35 touchdowns and 10 interceptions.

He also added 636 rushing yards, 10 rushing TDs, and a 4.8 yards per carry average. If he can come close to replicating those numbers in the New England offense in 2020, the Patriots will be very happy.

2. Will we see a seismic shift in the way the Patriots’ offense will operate?

With Newton under center and a fleet of game-worthy running backs (James White, Rex Burkhead, Sony Michel, Damien Harris, and others) on the backfield, this could be a ground-and-pound team when it comes to 2020.

While you can argue about his accuracy at times, the 31-year-old Newton has carved out a niche as one of the best running quarterbacks in the game – he has 4,806 rushing yards in his career, and six seasons of at least 500 yards or more on the ground.

The truth of the matter is that he’s the first true mobile quarterback New England has had on its roster since Steve Grogan. In his rookie season, Newton broke Grogan’s old record for most rushing touchdowns in a season by a quarterback.

3. How much does Newton have left in the tank?

The 31-year-old has taken a good bit of pounding over the years, and he was limited by multiple injuries the last two years: In 2018, he played 14 games, and last season, he saw action in just two contests. Last November, he went on injured reserve with a foot issue, and was on the shelf the rest of the season. In the context of this conversation, it’s worth mentioning that previous to 2018, he was pretty durable, missing just three starts in seven years.

4. What can Newton do on a one-year deal?

According to ESPN, the Patriots could get a third-round pick back in 2022 if Newton leaves as a free agent. That could offset the penalty levied on the team by the league on Sunday night over the Bengals’ videotaping incident.

The guy who is maybe the most impacted, at least in the short term? Another former Auburn signal-caller, Jarrett Stidham. After New England didn’t draft a quarterback, all eyes were on Stidham as the potential heir to Brady. That could still happen if Newton is one-and-done. But it’s added a new layer of intrigue to the Patriots when it comes to the 2020 season.

5. A few opinions from current and former Patriots on Newton over the years.

Willie McGinest on Fox Sports in May on whether or not Bill Belichick and Cam Newton could work together:

“I think Bill Belichick has handled so many different personalities that they would co-exist. It would be a great working relationship. I’m just telling you guys right now, there is a lot of respect from the Patriots organization when it comes to Cam Newton because they have played several times and Cam Newton has showed out and played at a high level every single time they’ve played. I haven’t checked the numbers, but I think Cam Newton may have a winning record against the Patriots.”

“I think when you’re talking about mobile quarterbacks — guys that are tough to handle, can throw, run, make good decisions … — I would put him at the top of the list. Not saying there aren’t a lot of other good players that do that, but I would say of all the guys we played recently in the last couple of years, I think he’s the hardest guy to (defend). He makes good decisions, can run. He’s strong. He’s hard to tackle. He can do a lot of different things. He can beat you in a lot of different ways. We saw that in the game in 2013. I would put him at the top of the list. I’m not saying the other guys aren’t a problem, because they are. But he’s maybe public enemy No. 1.”

“Bill believes in football more than entertainment. Cam believes football and entertainment are almost equal partners. And in this day and age it is, but Bill has the soul of a football man. I just couldn’t see that working out too well. And if I did, it would probably have to be for one season.” 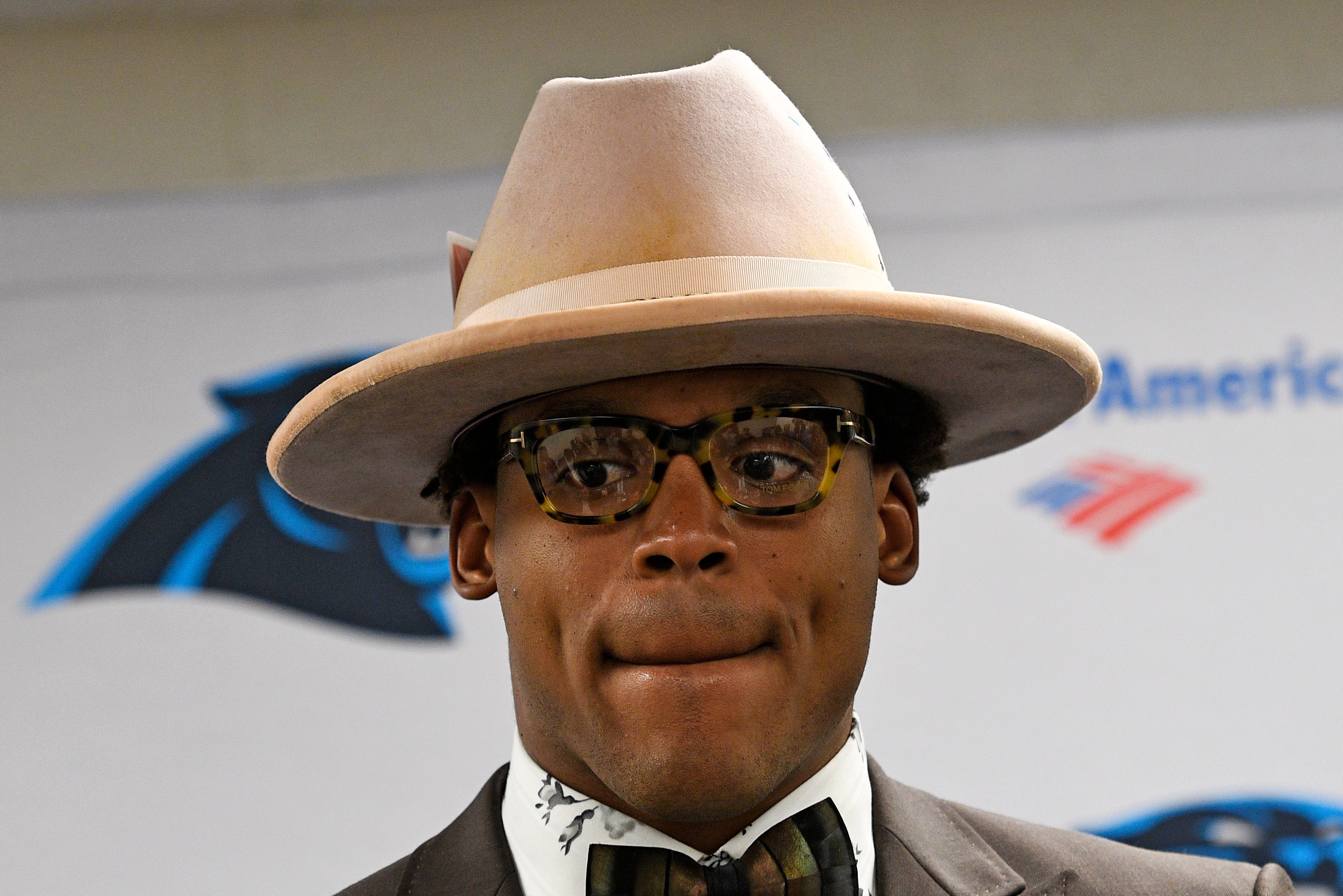 What Patriots fans should know about Cam Newton