Patriots quarterback Cam Newton is already getting familiar with at least one of his new targets.

Newton worked out with wide receiver Mohamed Sanu late Tuesday afternoon at UCLA, according to a video posted by NFL trainer Drew Lieberman. The extent of their workout is unclear, but Lieberman teased more footage is coming.

Earlier in the day Tuesday, Sanu said on The Game 92.9, a radio station in Atlanta, that he was on his way to a workout on Sunday when he found out Newton had agreed to a one-year deal with the Patriots.

“I was like, ‘Oh, Cam’s our quarterback?’” Sanu said. “I didn’t really believe it. It didn’t really hit me until after. It’s dope. Somebody with his drive and his determination, the way he plays the game, he’s just a guy that works hard.

The Patriots traded for Sanu in October last season, sending a second-round pick to the Atlanta Falcons. The 30-year-old wideout appeared in eight games — battling injuries — and caught 26 passes for 207 yards and a touchdown.

Sanu acknowledged he didn’t play “the best [he] felt like [he] could have last year.”

“That’s on me,” he said. “I internalized that. That’s fine. I accept it. Just know I’m not letting that [expletive] happen again.”

Sanu is under contract through the 2020 season, with a $6.5 million salary. 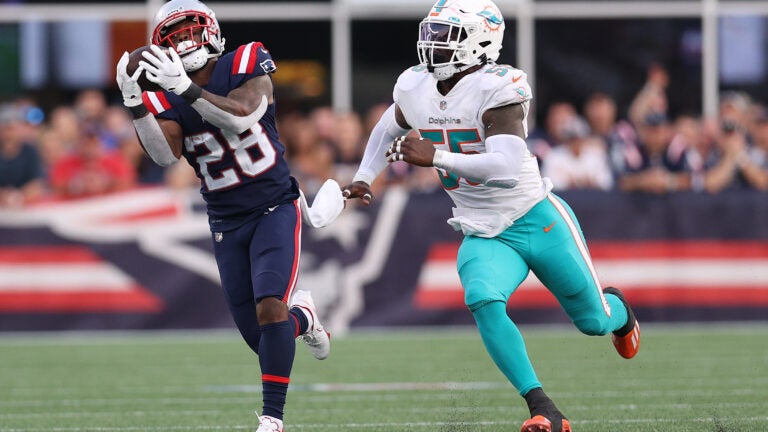