Turns out my sports hypocrisy comes with a timestamp.

You know the concept, sports hypocrisy, yes? Chances are you’ve partaken in it at some point during your years as a fan. It’s a simple idea, common in every fan base, and wholly understandable. It’s when a player you didn’t especially like – perhaps even loathed – elsewhere joins the team you follow, and suddenly you really dig the idea of having that player around.

From a Boston perspective, the greatest example of this occurred during Week 2 of the NFL season, when Antonio Brown made his debut as a Patriot.

The Patriots had signed Brown after he did the impossible – he became too insubordinate even for the Raiders.

Brown had proved loathsome before he became a Patriot, and he proved loathsome after his one-game stay in Foxborough. But for that one game, when he had four catches for 56 yards and a nifty touchdown, the teasing promise of his otherworldly talent made him someone we could talk ourselves into rooting for, right up until the inevitable further revelations about who he really was abbreviated his time here.

It was fun for the 10 or so days it lasted. It also was not all that difficult to return to loathing him.

Antonio Brown, New England Patriot is the extreme example of sports hypocrisy. Liking, say, former Yankee and Bambino aficionado David Wells when he was with the 2005 Red Sox was a lesser offense. It’s not like any of this is akin to rooting for the Bruins to acquire Ulf Samuelsson or something.

(This works in reverse, too. I’m still agitated with the idea of Ty Law ever associating himself with the New York Jets.)

The one I’m guilty of this week is a misdemeanor at worst, but it’s one that nonetheless should be acknowledged now that a certain charismatic star quarterback’s unexpected union with the Patriots is official.

And so must I confess: I’ve never been a huge Newton fan. I didn’t really want the Patriots to sign him as he lingered out there in free agency, and I didn’t expect them to.

Now that they have? I love it. Love it. How much do I love it? I love it like Newton’s loves wearing goofy hats to press conferences. That’s how much.

Call me a sports hypocrite. I can take it. Heck, I can admit it. It comes with being a sports fan. Like I said, you do it too, all the time. Loathe that guy there. Love him here.

If – and here’s a hypothetical — the Red Sox had somehow acquired Derek Jeter once upon a time, some of you would be insisting that Tim McCarver was right all those years and Jeter really did have the calmest eyes. Had he played in Boston, I might have even acknowledged his range was two steps to the left and not just one.

(But really, it was one. Statues of Confederate generals have more range when they’re being toppled. I’ve digressed again …)

There were valid reasons for annoyance with Newton at times, even watching from afar. His tone-deaf casual mockery of a female reporter that asked him about passing routes was a terrible look. He didn’t hustle after a fumble in Super Bowl 50, then behaved petulantly after the Panthers’ loss, storming out of the interview session. He sometimes seemed to be the president of his own fan club.

All of that sometimes makes you forget the good things, if you know them at all. His Gronk-like generosity with sick children is legendary in North Carolina. His teammates rave about his work ethic and his desire to win. His former coaches invariably describe him as someone with whom they enjoyed working and the kind of competitor you always want on your side.

I cannot wait to see him on this side. The Patriots, save for occasional injury or stupid Roger Goodell-mandated banishment, have featured Drew Bledsoe and Tom Brady as their starting quarterbacks for the last 27 years. Now they’re turning the job over – presuming Newton beats out Jarett Stidham, and I’m ready to presume that – to a 31-year-old, injury-affected, extremely accomplished outsider whose skill set could not be much more different from Brady’s.

I thought the Patriots were going to be good this year even if Stidham, who can only benefit from the extra year of apprenticeship, had emerged as the starter. I still believe they’re going to be good – perhaps very good — and Newton now makes them endlessly fascinating.

The more you look into the version of Newton the Patriots are getting, the more you realize that he’s doing everything he can and then some to overcome his injuries, that he’s intent on unleashing a vengeance on the rest of the league, and that he’s working with a brilliant coaching staff that is going to be mutually  invigorated by working with him.

And now, it’s official. The Is are dotted, the Ts are crossed (possibly in that weird font he uses in his Instagram posts), and Newton – a former No. 1 overall pick, the 2015 NFL Most Valuable Player, and the face of the Carolina Panthers franchise for nine seasons – is a Patriot.

Pretty cool. Don’t know about you, but I’ve always loved that guy.

Well, at least since they signed him. 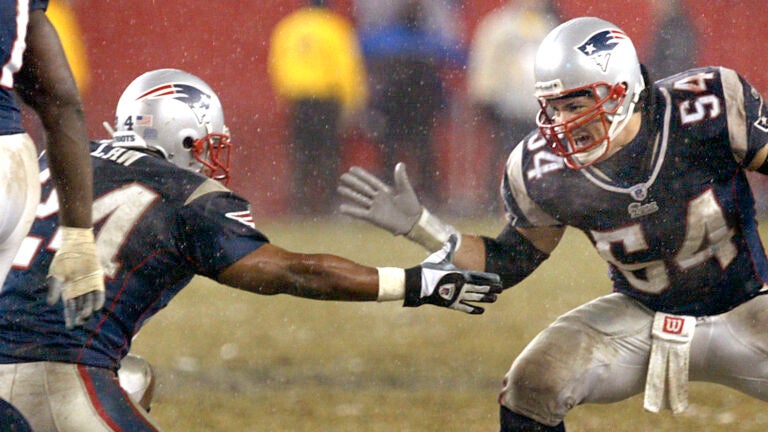