The Red Sox continue to prepare for the 60-game MLB season, with Boston’s 2020 campaign getting underway on July 24 at Fenway Park against the Orioles.

J.D. Martinez already appears to be on track, having hit three home runs so far in team scrimmages.

Reply if you hate dingers! pic.twitter.com/mxfub3T5Wq

Covering a wide range of topics, including the league’s potential approach to playing during the coronavirus pandemic as well as the ongoing fight for social justice, the discussion eventually broached the topic of Newton signing with the Patriots.

For the 31-year-old former NFL MVP, his release from the Panthers in March — and near-three month unemployment — was a sobering experience.

Newton acknowledged that the prolonged lack of interest from other teams has fueled his motivation to make a comeback in New England.

“I’m feeling disrespected,” Newton explained, “because every team at one point had to say, ‘Ok fellas, Cam Newton. What do we think? Ah, pass.'”

Skeptics of Newton’s potential future with the Patriots circle around how he will work with Patriots coach Bill Belichick. However, the players agreed that the longtime New England coach only wants to do one thing: win.

“There is no ‘How is this going to work?'” said Beckham. “For me, all [Belichick] wants to do is put you in a place to succeed. And I’m happy to see it.”

Of course, Newton is replacing Tom Brady, who led the Patriots to all six of their Super Bowls wins.

The new Patriots quarterback didn’t avoid the subject of having to replace a legend.

“We have to talk about the elephant in the room,” Newton admitted of following Brady. “It’s like you know who you’re coming after. I’m like, yeah, great. What he was, what he is, is great, needs no even talking about it. But one thing about it though: Coach [Josh] McDaniels, you’re able to call some stuff that you ain’t ever been able to call now.”

Trivia: In 1999, Pedro Martinez famously struck out five of the six batters he faced in his MVP All-Star Game performance at Fenway Park (Matt Williams, the only player Martinez didn’t strike out, was thrown out stealing second after reaching on an error).

Can you name all five players Martinez struck out?

Hint: The first was the National League MVP in 1995, the second was Martinez’s former teammate in Montreal in 1994, the third was the 1998 NL MVP, the fourth was the 1987 American League Rookie of the Year, and the fifth was the 1994 NL MVP.

Massachusetts native Sam Mewis was player of the match: The World Cup winner scored in a dominant performance as the North Carolina Courage won 2-0 over Sky Blue in the NWSL Challenge Cup on Monday.

An inspiring message: Wycombe Wanderers is an English soccer club that has existed since 1887. Yet in that entire time, the team has never made it above the third tier of English soccer’s promotion-relegation system.

On Monday, Wycombe — who started the season with a bare minimum number of players, including two trialists — defeated Oxford United 2-1 to win the League 1 playoff. The win ensures promotion to the Championship (one tier below the Premier League).

Among Wycombe’s group of players is 38-year-old forward Adebayo Akinfenwa. After the win, Akinfenwa gave an emotional interview celebrating the club’s historic achievement. And, true to his wish as a childhood Liverpool fan, he received congratulations from Liverpool manager Jurgen Klopp.

📲 – “The only person that can hit me up on WhatsApp this time is Klopp so we can celebrate together!”@daRealAkinfenwa may have just given the best post-match interview ever…😂pic.twitter.com/MAxCPgFZqq

On this day: In 1970, Red Sox outfielder Carl Yastrzemski went 4-6 in the All-Star Game and was named MVP even though the National League won, 5-4. 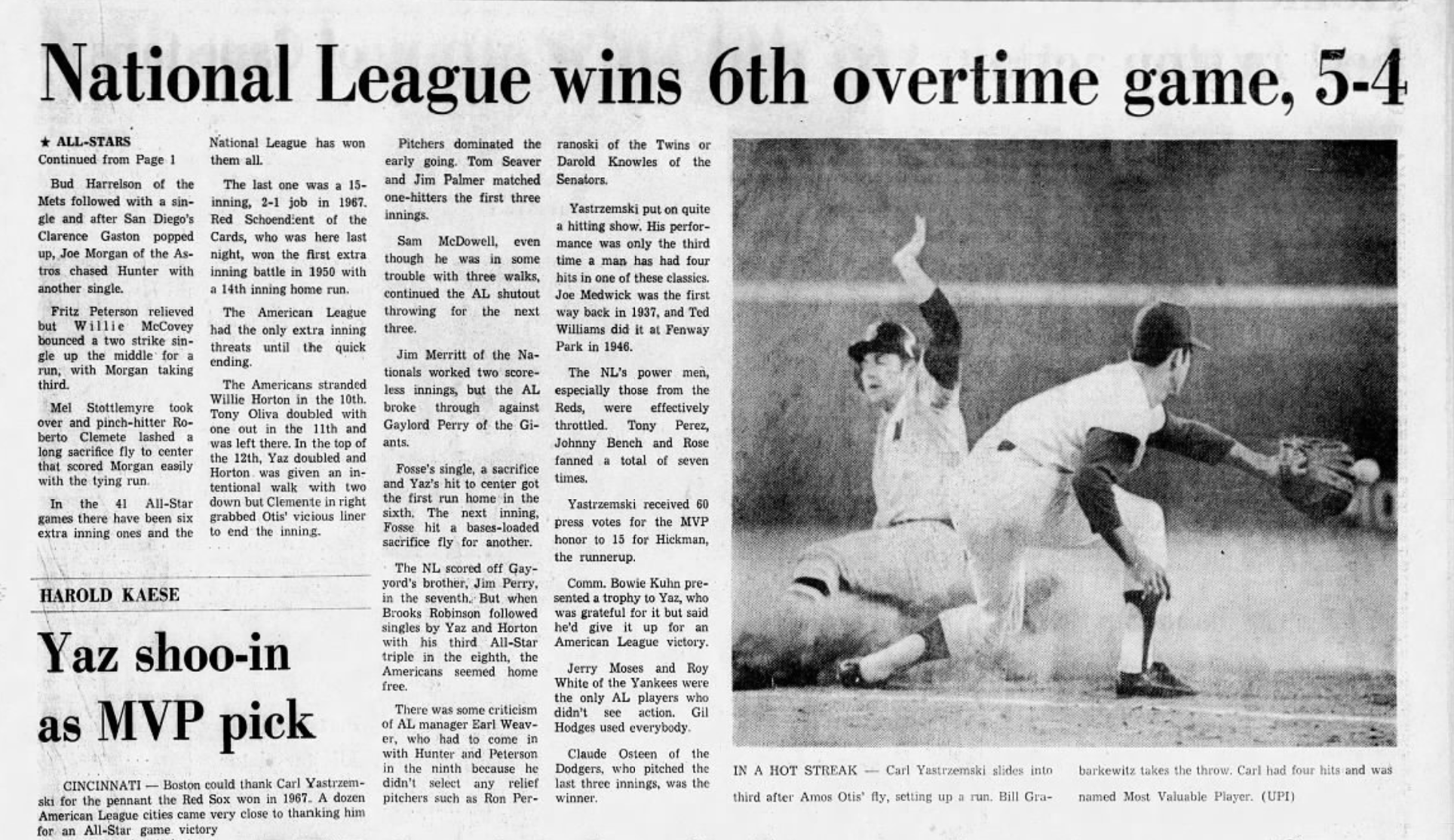 Daily highlight: A high school player made a one-handed catch in a drill against Chiefs wide receiver Tyreek Hill. 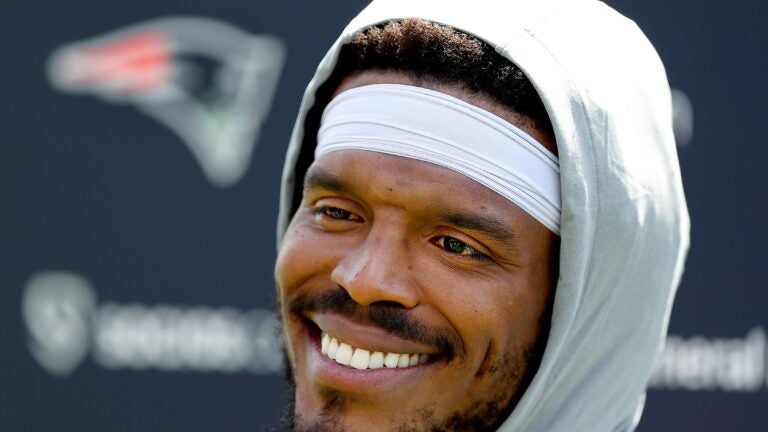