Cam Newton has made it clear that he’s ready to show the Patriots what he’s got — and it’s that kind of competitive spirit that Stephon Gilmore cannot wait to play alongside.

The Patriots cornerback recently discussed the team’s newly-signed quarterback on The Ringer’s “The Bakari Sellers Podcast”, which aired on Sunday.

Gilmore expressed how “hungry” Newton is this season, and most notably, how much he’s looking forward to watching him work for the starting quarterback position.

.@BumpNrunGilm0re joined @Bakari_Sellers on ‘The Bakari Sellers Podcast’ to discuss his reaction to the Patriots signing Cam Newton pic.twitter.com/q0nv4E16d0

“It was a great signing,” Gilmore told Sellers. “I think Cam’s very hungry. I’ve always been a Cam fan. I think he’s hard to prepare against and he has a great opportunity to compete for a starting job. I’m looking forward to seeing him on our team.”

“I think he’s his own unique player. Obviously he can run the ball, he can throw it. Anytime you can do both of those things, it’s hard to get ready for a certain thing, he always keeps you off guard. He’s very hungry this year. He’s healthy now, so I’m looking forward to him helping our team out.”

When asked what he would tell Newton about the culture of the Patriots (i.e the Patriot Way), Gilmore was up front about the accountability the team holds every player to.

“One thing I know about playing in the league is that you have to be mentally strong,” he said. “You have to be very hungry, and everyone gets treated the same [with the Patriots] – there’s no superstars, no nothing. If something doesn’t go right, someone is going to get on you and you’re going to correct it, so no egos, it’s a team.”

Gilmore also shared his thoughts on reporting for NFL training camp, despite growing concern over the increase in COVID-19 cases. There’s still looming uncertainty about what that will look like, and whether or not players will be able to social distance while practicing.

Earlier on Tuesday morning, teammate Jonathan Jones tweeted about the inability to social distance on the football field, which both Patrick Chung and Dont’a Hightower responded to with their own thoughts.

Gilmore said he is aware of the safety concerns, and the importance of keeping him, his family and others safe. However, he feels that the NFL will protect players.

“I think the NFL is going to protect us as much as possible so we have a plan in place, and try to be safe on our end and keep our families safe and see how it goes,” he added. “But, the number one thing is health and that’s what matters — it’s not even just about us, it’s about our families, other people that we can effect and we have to be careful with it.”

When asked if he is ready to go into a bubble like the NBA, Gilmore was honest.

“Yeah, I mean at the end of the day you have a job, you have to do it…It’ll be tough, a lot of things in life are tough so, you got to put up with it and try to stay close to your family and do what’s best for them.” 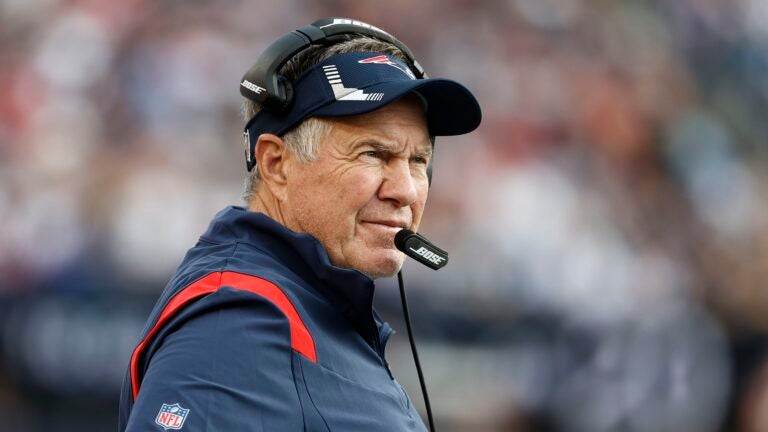 What NFL experts are predicting for Sunday’s Patriots-Jets matchup