Alex Rodriguez and fiancé Jennifer Lopez are reportedly interested in putting in a bid for the New York Mets — and sources tell the New York Post that they recently met with Robert and Jonathan Kraft to discuss a potential partnership.

Based on a report by the New York Post, witnesses saw Rodriguez and Lopez visit the Krafts at Gillette Stadium in Foxborough on July 9. The intent of the meeting was to “hammer out a partnership on stadium operations for Citi Field and the development of Willets Point around the ballpark,” according to the Post.

Insiders told the Post that the “five-hour visit” included a meeting, where Lopez and Rodriguez were joined by their “senior bankers” from J.P.Morgan, as well as Vincent La Padula — who is the Global Head of Lending Solutions at J.P.Morgan’s Private Bank where Rodriguez, Lopez ,and the Krafts are clients.

The Krafts also gave the couple a tour of Gillette Stadium and Patriot Place, which was “meant to show the potential new Mets owners what can be done with a stadium and the undeveloped land around it,” according to the Post.

Rodriquez and Lopez are reportedly interested in having Willets Point, located just east of Citi Field in Queens, serve as a “destination” place that offers concerts, bars, restaurants, and stores for fans. However, sources clarified to the Post that the Krafts are not “interested in owning the Mets” and “would not join the J-Rod bid as even a limited partner.” 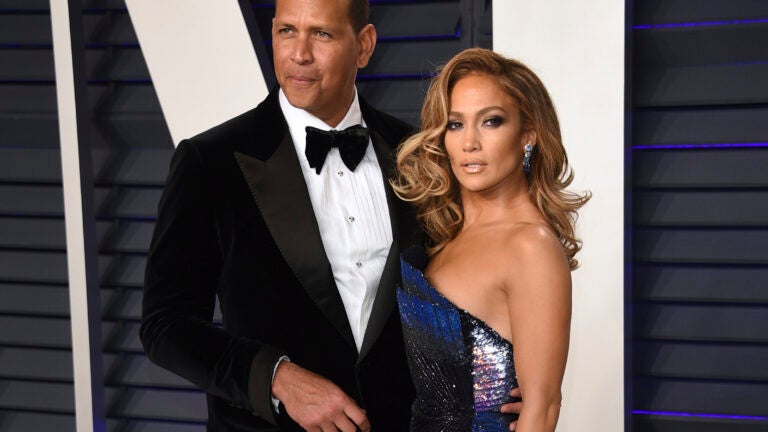