From a football perspective, at least, the talk of this Patriots offseason has pivoted around the quarterback position. First came weeks, which became months, of speculation about Tom Brady’s future. That was followed by the insistence, and eventually wider acceptance, that Jarrett Stidham was New England’s guy. And since June 28 the conversation has centered on how Cam Newton fits into the equation.

It’s been singularly focused enough to make some almost forget that the chatter last season was largely about everyone around the QB. From Day 1 there were doubts about the quality of the receiving corps, the validity of which seemed to be confirmed by the desperate signing of Antonio Brown. Brady took veiled shots at the tight ends who were tagged to replace the temporarily retired Rob Gronkowski, amid subtle gripes about his general lack of agency in the Pats’ personnel realm. And all the while there were frustrations about the pass protection afforded by an offensive line that also had a role in a disappointing running game.

After repeatedly being bailed out by scores and short fields from defense and special teams, the failure to score a single second-half point prompted their wild card-round playoff exit and the prevailing wisdom was that the Pats needed to reload offensively, regardless of who the quarterback might be in 2020. Retool at receiver. Be aggressive in upgrading at tight end. Invest capital in replenishing the talent pool on that side of scrimmage.

The consensus suggested sweeping changes were due for an attack left bereft of top talent — but, instead, defense dominated the top of their draft. Aside from a pair of rookie tight ends and a couple of castoff veteran receivers, the positional groups set to return to Foxborough next week are largely the same as those that left in January.

Effectively, rather than blowing it all up, the Pats have opted to build around the collection that was lambasted for much of last season.

And it just may be the best way to both improve the offense and move on from the greatest quarterback of all time.

The brilliance of Brady over these past two decades should not — neigh, cannot — ever be understated. He was a generational talent during, and for all the talk that he was a “system” quarterback, his greatness was such that it made sense to build the system around him and play to his strengths. The guys who worked well within that system are the guys who saw the game the way Brady did. They fit within an ecosystem that from talent acquisition to philosophy to play calling was centered around the brightest sun the game has ever seen.

As such, a perception developed on what was a “Patriots type of player.” New England appeared to value a different set of attributes than other teams might have; certain guys seemed to fit better there than they might have elsewhere. The next-man-up mentality, and efforts to extend a dynasty, tend to proceed best when working from a specific template.

The Pats started straying from that model in recent years, though. Look at their draft choices. In 2018 they used the first round to add Isaiah Wynn and Sony Michel. A future left tackle and a starting running back taken so early always project as building blocks — but Wynn was shorter and quicker than the mold set by Matt Light and Nate Solder, and Michel was forecast in a bell-cow role the Pats had traditionally filled in far-less expensive fashions.

In the first round a year later they tabbed N’Keal Harry, a big, physical wide receiver — but who was said to be a bit slow getting off the line of scrimmage and hadn’t shown an ability to run a wide array of routes. Later in that same draft they took a pair of offensive linemen (Yodny Cajuste in the third round, Hjalte Froholdt in the fourth) who were said to excel when using their athleticism to get into space. They also used a third-round choice on Damien Harris, another relatively high pick on a running back who didn’t exactly fit the Pats’ versatility profile. Meanwhile, after getting so much from their tight ends over the bulk of this run, they did almost nothing at the position in response to Gronkowski’s exit. 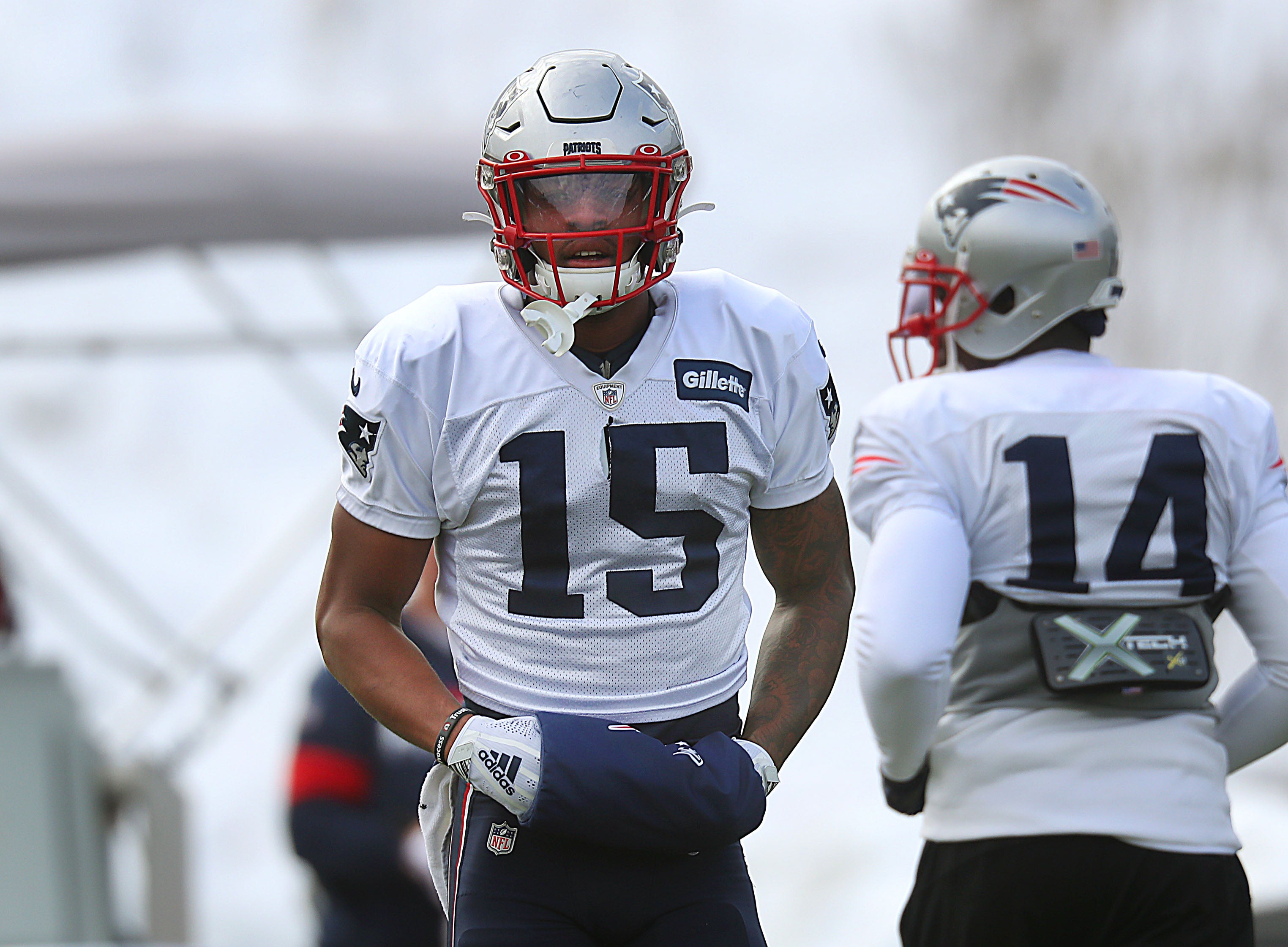 There are holdovers, including Julian Edelman, James White, and the four veterans who join Wynn along the offensive line. There’s also Mohamed Sanu, acquired from Atlanta prior to the 2019 trade deadline. But by virtue of the investment the Patriots have made in these players, the team’s offensive identity has been in the midst of a rebranding for a couple of years. Over that same time, the league has been shifting in a different direction, too.

And so — contingent on the corralling of Covid-19, of course — we’ll soon get a sense of how successfully the Pats have managed to merge onto the football superhighway.

For most of 19 seasons, the Patriots could operate under an approach of “if it ain’t broke, don’t fix it,” because with Brady behind center nothing ever truly going to be totaled. As long as they could find players who fit with Brady, or whose skills he could highlight, they could manage. If you’re ever going to fit the puzzle pieces around one guy, there’s no choice better than TB12 to be at the epicenter.

But as he moved into his 40s, and priorities shifted on both sides, and relationships changed if not frayed, and the possibility of divorce became more realistic, it became increasingly apparent that the Patriots offense was broken. There was indeed a problem they needed to fix — and given the painful struggles of a season ago, the solution seemed to portend a massive undertaking.

Or, they could just replace the one guy.

And that’s what they’ve done.

Of course, we don’t know who that one guy’s replacement is yet. Most seem to think it’ll be Newton, but Stidham still has his supporters. Either way, there has to be excitement within Bill Belichick’s staff about the potential for what’s ahead.

Rather than needing to mold or retrofit the operation around one player, offensive coordinator Josh McDaniels now has the true opportunity to fit the way he uses his quarterback around the abilities of the guys around him. Instead of lamenting the way N’Keal Harry and Jakobi Meyers are struggling to get on the same page as Brady, the offensive reset may allow him to more directly capitalize on their strengths, and demand that it’s the quarterback who makes it work — instead of the other way around.

And maybe McDaniels, the guy who drafted Tim Tebow, will no longer be forced to look around the league, see the havoc being wrecked by mobile quarterbacks and misdirection, and feel limited by the relative athleticism of his guy. Last year, receivers other than Edelman had trouble getting open. Running backs had difficulty finding holes. The offensive line subjected Brady to significant heat in the pocket.

But maybe the mere threat of the quarterback being able to move, as both Newton and Stidham can, will give McDaniels a cure-all that’s easier than a full roster reset.

“Coach McDaniels,” Newton said last week in a YouTube video with some other players, “you’re able to call some stuff that you ain’t ever been able to call now.”

And, if all that stuff works, people will likely be calling the rest of the Patriots’ offensive personnel far different names than they were a season ago.