The Patriots will hold their first padded practice Monday.

Here’s an overview of what to know as they prepare for the season – including a COVID-19 update, which players have opted out, how the quarterback battle is developing, the outlook at running back, and all of the moves the team has made of late.

The landscape of sports at all levels, particularly football, is constantly changing as the coronavirus pandemic continues to affect the entire country.

Many college football conferences are postponing their season with hopes of playing in the spring, yet as of Saturday, it appears the National Football League will start as scheduled.

The Boston Globe’s Ben Volin wrote that “the NFL’s war on COVID-19 has seemingly worked well over the first three weeks, better perhaps than some inside the league expected.” Volin said “the NFL hired BioReference Laboratories to set up 32 testing sites and produce the capacity to test thousands of players and employees every day. Players who test positive are immediately quarantined before entering the team facility and cannot return until they pass a series of tests.”

No team has had a positivity rate over 1.7 percent, Volin wrote, and the plan is to continue daily testing through Saturday, Sept. 5. It’s possible a spike will occur as group activities increase in volume and intensity, but for now, the league appears to be faring relatively well given the circumstances.

“We were pleasantly surprised at how few positive tests we had,” said Dr. Allen Sills, the NFL’s chief medical officer. “Given the fact that our clubs were coming together and we had players who were coming from a large number of hot-spot areas, I would not have been surprised if the numbers had been substantially higher.”

Eight Patriots have opted out.

A message to #PatsNation 🙏🏾✊🏾 pic.twitter.com/JG9EZC8JrN

The absences of Hightower and Chung will require other players on a defense that has lots many of its catalysts from a season ago to step up and fill the void. Ja’Whaun Bentley, Chase Winovich, and Cassh Maluia, among others, all have a chance to contribute at linebacker, while Adrian Phillips, Kyle Dugger, and Cody Davis could see time at safety.

One positive development for the Patriots is that the McCourty twins, Devin and Jason, said they never seriously considered opting out and will be back for another season.

Cam Newton is widely regarded as the favorite to start at quarterback for the Patriots in Week 1, but it isn’t a guarantee that he’ll do so.

Second-year quarterback Jarrett Stidham, who was considered the frontrunner before Newton’s arrival, is still very much in the mix. Veteran Brian Hoyer and rookie Brian Lewerke are long shots, but they’ll both compete in the coming weeks as well.

Patriots head coach Bill Belichick has been impressed by Newton, calling him a “hard-working kid,” but he isn’t willing to make any predictions on who will earn the starting job.

“He’s worked very hard, I’d say, as all of our players have,” Belichick told reporters. “I’d say that certainly for all the quarterbacks, at that position, those guys have been locked in, focused and confident in what they’re able to do and the information they have to give to the team.”

Running back Rex Burkhead credited Newton for coming in with his “head down” and trying to pick everything up as quickly as possible.

“His first impact has been great,” Burkhead told reporters. “He’s just trying to learn as much as he can and mesh and jell with the rest of the guys.”

Newton told reporters he doesn’t look at his role as replacing Tom Brady.

“It’s a breath of fresh air, to be honest with you,” Newton said. “A challenge I have to accept each and every day. But no challenge is ever going to be greater than the personal challenge that I challenge myself personally. We all know what that was, and what that is, and it needs no mention. But at the same time, for me, I think I have my hands full trying to learn as much as possible in a short period of time.”

With Sony Michel out, other running backs will have to step up.

The Patriots have lots of talent at running back, but there are also many unknowns as the season approaches.

With an increase in activity came an increase in intensity.@MeganOBsports & @pfwpaul share their takeaways from today’s practice. pic.twitter.com/XNNrGMxwnu

Sony Michel, who is presumably still the team’s No. 1 back when healthy, is on the active PUP (physically unable to perform) list after having foot surgery in May. Michael Lombardi, a former Patriots executive, speculated that Michel could potentially miss the first half of the season.

Second-year player Damien Harris and newcomer Lamar Miller will likely help fill the void for as long as Michel is out. Harris is an Alabama product who only got four carries last year as a rookie yet appears to have potential. Miller, an eight-year veteran who has been productive for the Miami Dolphins and Houston Texans over the years, spent the 2019 season on the Texans’ injured reserve after tearing his ACL in a preseason game.

Terms on the one-year deals signed by Jordan Reed and Lamar Miller, who are each returning after missing 2019 due to injury:

James White and Burkhead are both proven options who specialize in certain roles but may be asked to take on greater responsibility for as long as Michel is sidelined.

“We’re all a super-competitive bunch,” Burkhead told reporters. “We all want to play to the best of our abilities, but yet, we’re pushing each other every single day. We want what’s best for one another. I think that’s been the greatest thing about being in this room, being in this backfield ever since I’ve been here, it’s such an unselfish group.”

They’ve made several moves of late.

The Patriots have been busy in recent weeks, making plenty of moves as they try to tinker their roster before opening the regular season against the Dolphins on Sunday, Sept. 13.

Patriots transaction: WR Quincy Adeboyejo, who was a longshot to make the roster, has been waived/injured. A second-year player out of Mississippi, he had initially signed to the team’s practice squad on Nov. 19, 2019.

Two names to watch among the group of newcomers – outside of Newton and Miller, of course – are Zuber and Hastings, who will both have a chance to see the field at wide receiver. Julian Edelman, Mohamed Sanu, and N’Keal Harry are the team’s top three receivers at the moment, and Damiere Byrd, Jakobi Meyers, and Gunner Olszewski are all potential contributors as well.

With many starting and backup roles still yet to be determined, the next few weeks should provide some clarity in a season of uncertainty for both the Patriots and the league as a whole. 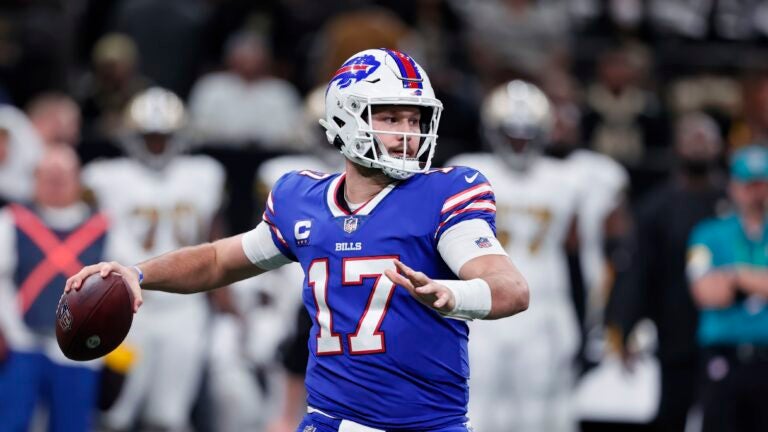