The NFL may be planning to kick off its 2020 season next month in the midst of the COVID-19 pandemic. But at least in New England, the games won’t resume with in-person fans.

During a press conference Tuesday afternoon, Massachusetts Gov. Charlie Baker indicated that his administration would not consider the Patriots’ proposal to allow 20 percent of fans inside Gillette Stadium — at least to start the season.

“We’ve had conversations with them and with the Red Sox, and we’ve basically said, ‘Look, we’re focused at this point on schools, and wouldn’t plan to do anything with respect to anything like that until we get much farther into the fall,'” Baker said, after being asked about the Patriots’ proposed plan.

And several hours after the governor’s comments, Gillette Stadium officials confirmed that the Patriots home opener on Sept. 13 against the Dolphins and their Week 3 game against the Oakland Raiders on Sept. 27 will be played without any fans in attendance. The New England Revolution, which are set to resume the MLS regular season Thursday night at Gillette Stadium, will play their next three home games without fans.

“We will communicate directly with our respective ticket holders regarding refunds,” Gillette Stadium officials said in a statement Tuesday.

“Gillette Stadium fully supports the state’s position and this decision in the interest of public safety,” the statement continued. “We would have welcomed the opportunity to host fans in August and September, but are hopeful to do so later in the season. We greatly appreciate the time and support the Massachusetts Reopening Advisory Board has provided throughout this process and respect their efforts as they continue to navigate the state’s phased reopening.”

Last month, Lt. Gov. Karyn Polito said the administration was reviewing the Patriots’ protocols for reopening Gillette Stadium. The plan includes capping game-day attendance at 20 percent capacity — or roughly 13,175 people — and seating fans in socially distanced groups of no more than 10, according to a memo released by the team.

However, it also came with a big caveat: “Pending state and local approval.”

And even before the developments Tuesday, that didn’t appear to be coming anytime soon.

Earlier this month, in the wake of a small but concerning uptick in COVID-19 cases, Baker put an indefinite pause on the statewide reopening plan, which is currently in the first step of Phase 3. The administration says stadiums and other large-capacity venues used for spectator events in Massachusetts won’t be allowed to reopen until Phase 4, which Baker says won’t begin until a vaccine or effective treatment is available for COVID-19.

Still — while the NBA, NHL, MLB, and MLS resume their seasons without fans due to the coronavirus — some NFL teams are moving forward with plans to start the 2020 season with in-person fans — albeit at significantly reduced levels. On Monday, the defending Super Bowl champion Kansas City Chiefs announced that they had finalized plans to allow a reduced capacity of 22 percent — or around 17,000 fans in a stadium that normally seats 76,000 — for the NFL season opener on Sept. 10.

This past spring, NFL commissioner Roger Goodell sent a memo informing teams that they are required to give ticket-buyers a refund or credit if games are canceled or “played under conditions that prohibit fans from attending.”

The Patriots have reportedly told season-ticket holders that they can effectively opt out of the 2020 season and keep their seats for next year “if because of age or an underlying health condition (they) are in a population the CDC has identified as being at higher risk of illness from COVID-19.” Secondary ticket-sellers like SeatGeek, StubHub, and Ticketmaster have completely wiped single-game Patriots tickets from their websites.

“Gillette Stadium will continue its preparations to safely host fans later this fall and will rely on guidance from the Massachusetts Reopening Advisory Board and our team of independent experts,” officials said Tuesday. “The health and safety of our players, coaches, staff, fans and surrounding community has and will continue to lead our efforts.” 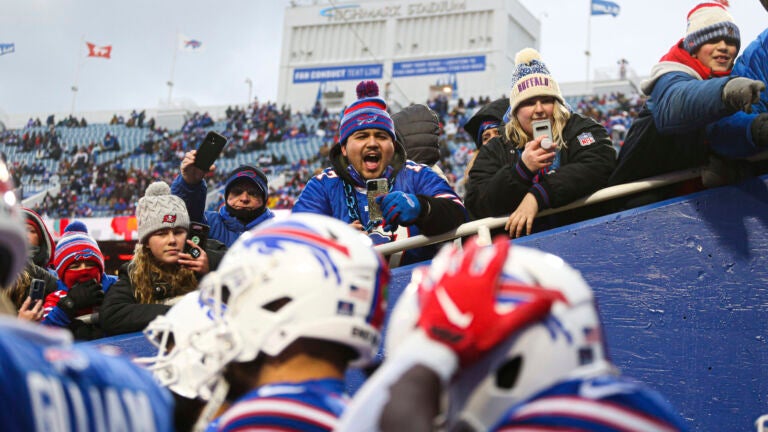