So, you think you know the Patriots?

With the season opener against the Miami Dolphins coming up Sunday, let’s get better acquainted with the team.

Here’s a fact about each member of the current 53-man roster:

Brian Hoyer: Prior to signing a deal with the Patriots in March, Hoyer and his family had already decided to make New England their home and purchased a house in the Greater Boston area last November. 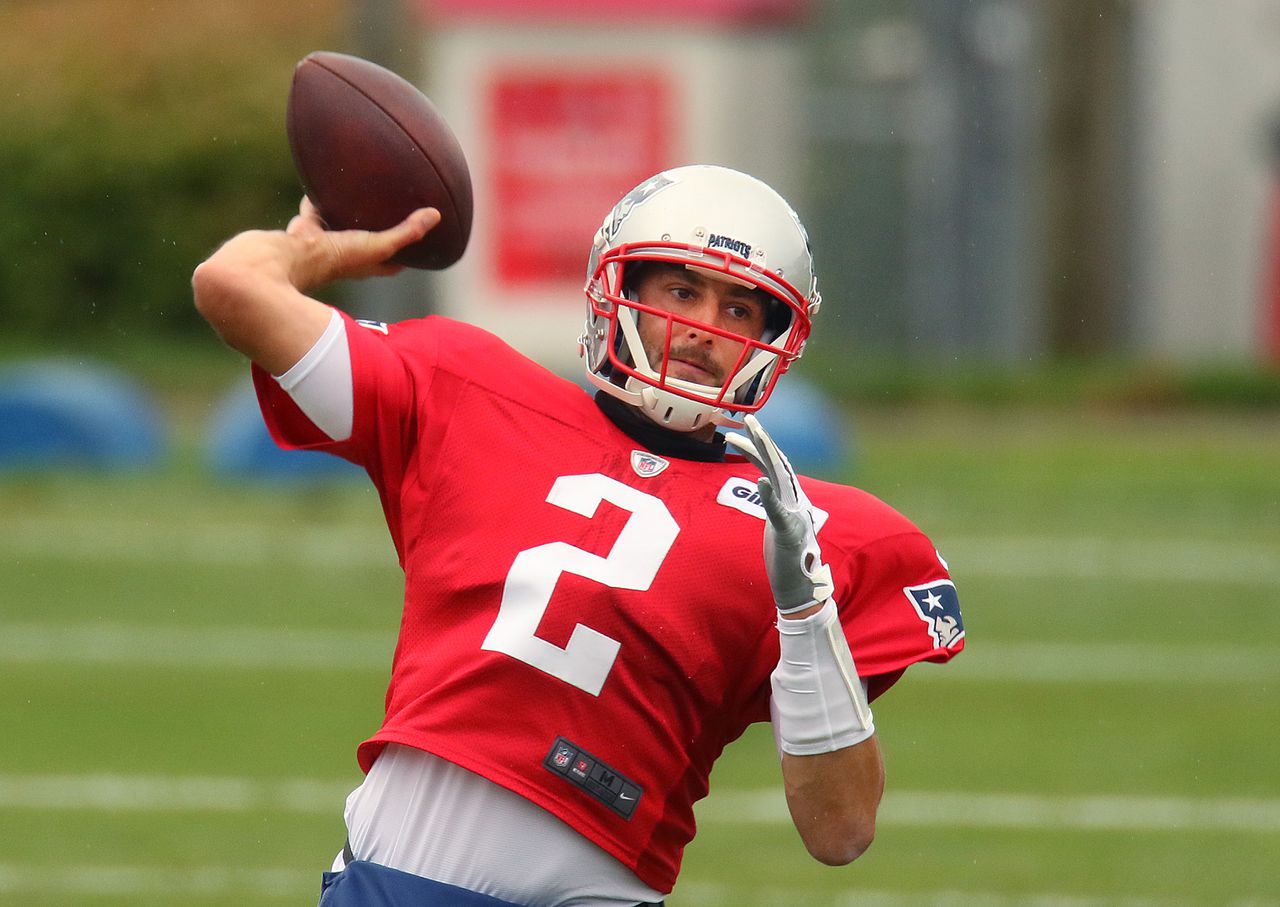 Brian Hoyer warms up before another practice in Foxborough.

Cam Newton: He uses an unconventional font on his social media accounts for two reasons: 1. He says it requires readers to focus on what he is saying. 2. He views it as another way to differentiate himself

Rex Burkhead: While attending the University of Nebraska, he formed a close relationship with Jack Hoffman, a young boy diagnosed with brain cancer, and now sits on the board of directors for the Team Jack Foundation.

Sony Michel: In college, he dropped several rap songs under the name “FlyGuy2Stacks,” with “2Stacks” representing his goal of rushing for 2,000 yards in a season.

James White: His nickname, “Sweet Feet,” comes from a fake story told at a high school pep rally: As the tall tale goes, a cobra terrorized the school hallways, but White’s great, great grandfather was the only one with feet quick enough to avoid getting bitten. 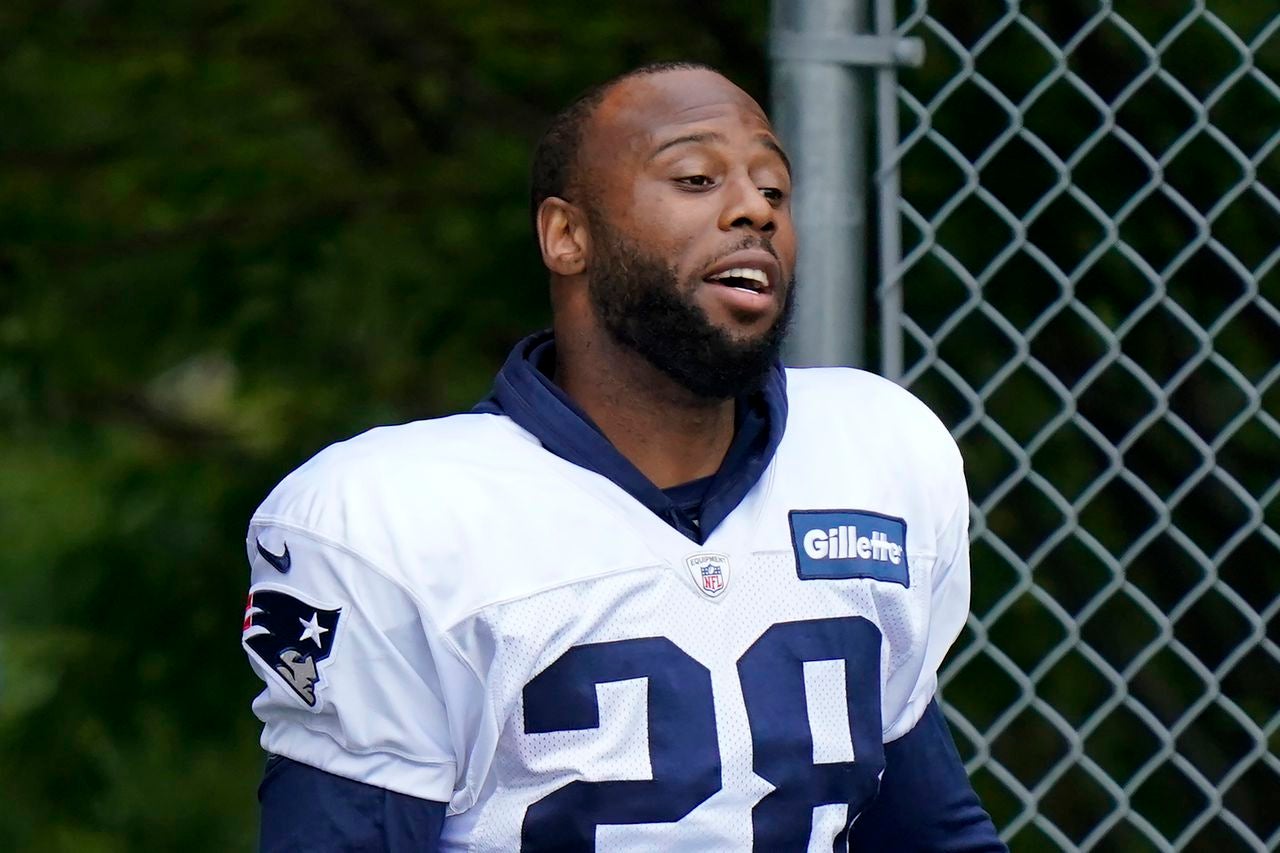 Jakob Johnson: Born and raised in Germany, he entered the NFL as part of the International Pathway Program.

Damiere Byrd: He was on the track and field team at South Carolina, where he holds the fourth-fastest time in school history for the 55-meter dash.

Julian Edelman: Earlier this year, he shared the information that he has been studying for his bar mitzvah.

N’Keal Harry: During a high school basketball game, Harry dunked and shattered a backboard, a feat he calls “the most memorable thing” he’s done in sports.

Jakobi Meyers: He was recruited to play quarterback at North Carolina State before transitioning to receiver after redshirting his freshman year.

Gunner Olszewski: A Texas native, Olszewski is known for rocking cowboy boots, a look he often sported in college, too.

Devin Asiasi: Asiasi, who started his collegiate career at Michigan before transferring to UCLA, is the first in his family to attend college.

Ryan Izzo: While attending Florida State, he and teammate Ricky Aguayo were accused of smashing a coffee table and ripping a pet turtle in half inside a fraternity house.

Dalton Keene: He majored in building construction at Virginia Tech.

David Andrews: He owns two German shepherds and has said he and his wife Mackenzie would be open to adopting from the Warrior Dog Foundation after he retires.

Jermaine Eluemunor: Before moving to the US at the age of 14, he grew up in London and played rugby and cricket.

Hjalte Froholdt: He was born and raised in Denmark, and spent his sophomore year of high school as an exchange student in Ohio.

Shaq Mason: His full name is Shaquille Olajuwon Mason. Yes, his parents named him after Shaquille O’Neal and Hakeem Olajuwon. 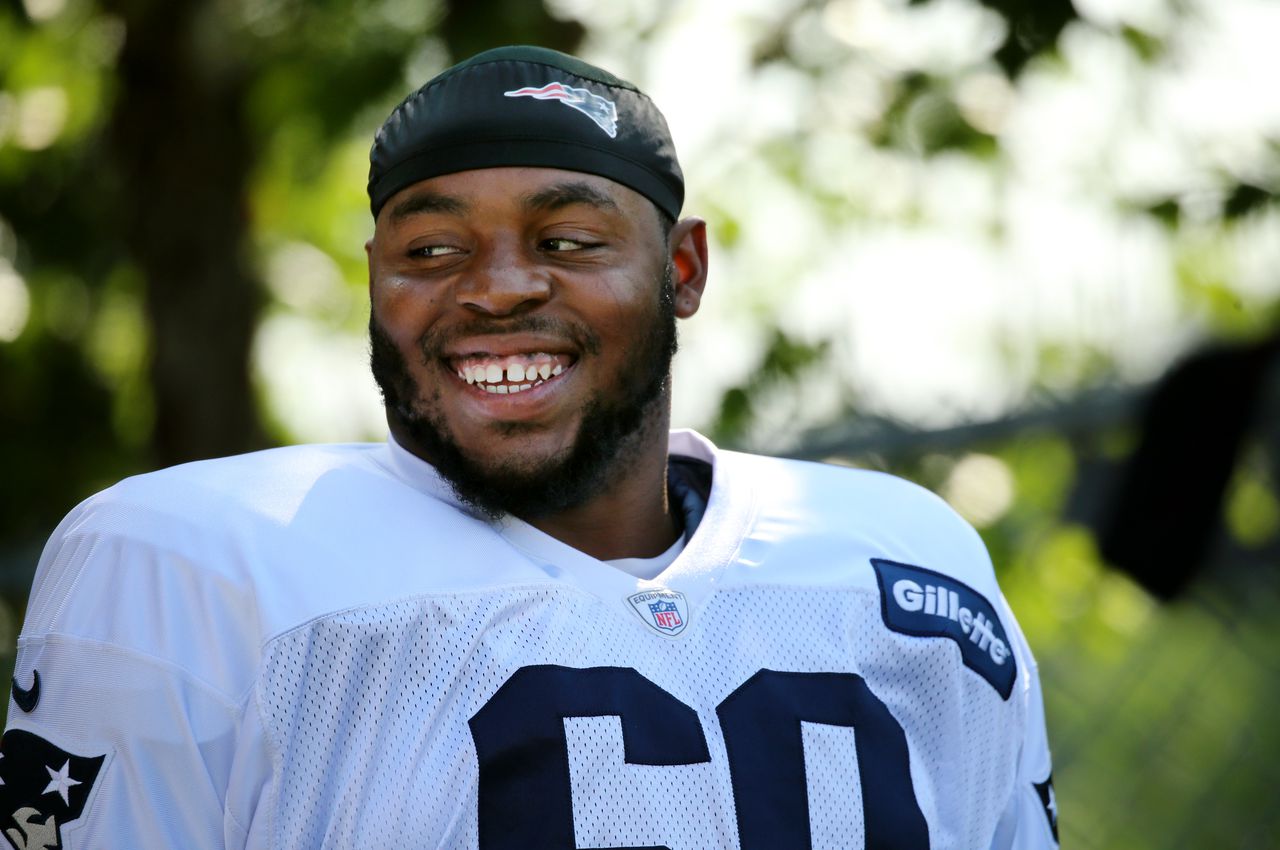 Shaq Mason is named after a couple of former NBA greats.

Michael Onwenu: At 344 pounds, he is the heaviest player on the roster.

Joe Thuney: He can solve a Rubik’s Cube in under two minutes.

Yodny Cajuste: He did not play football until his senior of high school. (The team’s nickname, coincidentally, was the Patriots.)

Korey Cunningham: He is an avid outdoorsman, often spending his offseason hunting and fishing.

Isaiah Wynn: He established the hashtag “#WinWithWynnWednesdays,” which he uses to spread inspirational messages on social media.

Lawrence Guy: He is one of the core members of the informal anime club inside the Patriots locker room.

Derek Rivers: He was born in Maine, but his family moved to North Carolina when he was five months old.

John Simon: He majored in exercise science at Ohio State.

Chase Winovich: The newest addition to the Winovich family is a fluffy Samoyed puppy named Zeus. 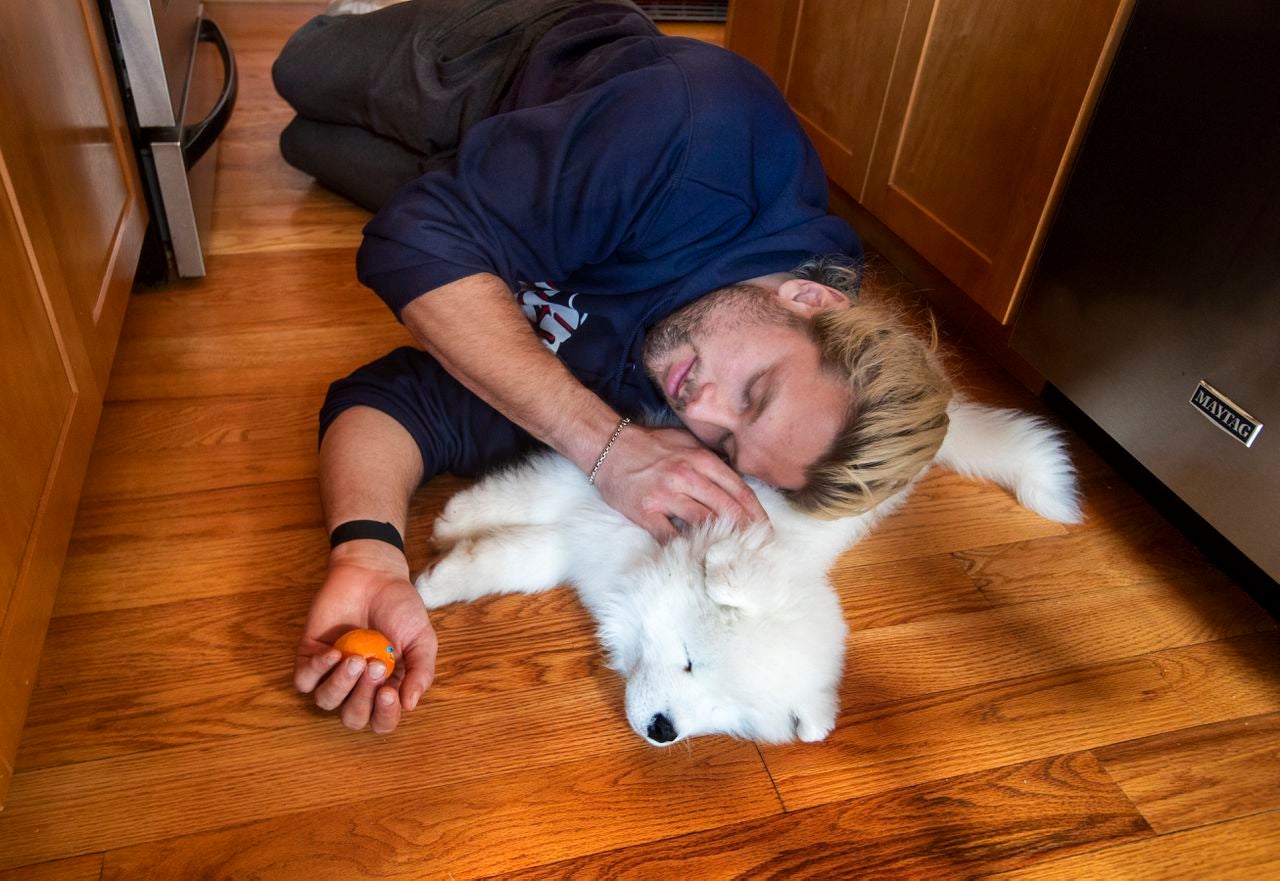 Adam Butler: He and Wise have known each other since high school, when they both threw the shot put. According to Butler, Wise beat him by half an inch in a meet that knocked Butler out of contention for the state tournament.

Byron Cowart: Coming out of high school, he was considered the No. 1 overall recruit by both ESPN and Rivals.

Shilique Calhoun: He graduated from Michigan State with a degree in criminal justice.

Brandon Copeland: After graduating from Penn, he returned to co-teach a seminar called “Inequity and Empowerment, Urban Financial Literacy.”

Anfernee Jennings: He has two bachelor’s degrees, one in human performance exercise and another in public health.

Josh Uche: He is the son of Nigerian immigrants.

Justin Bethel: When he did not draw much NFL interest at the college level, he planned to pursue a culinary arts degree at Johnson & Wales and even sold homemade cheesecakes with his brother. 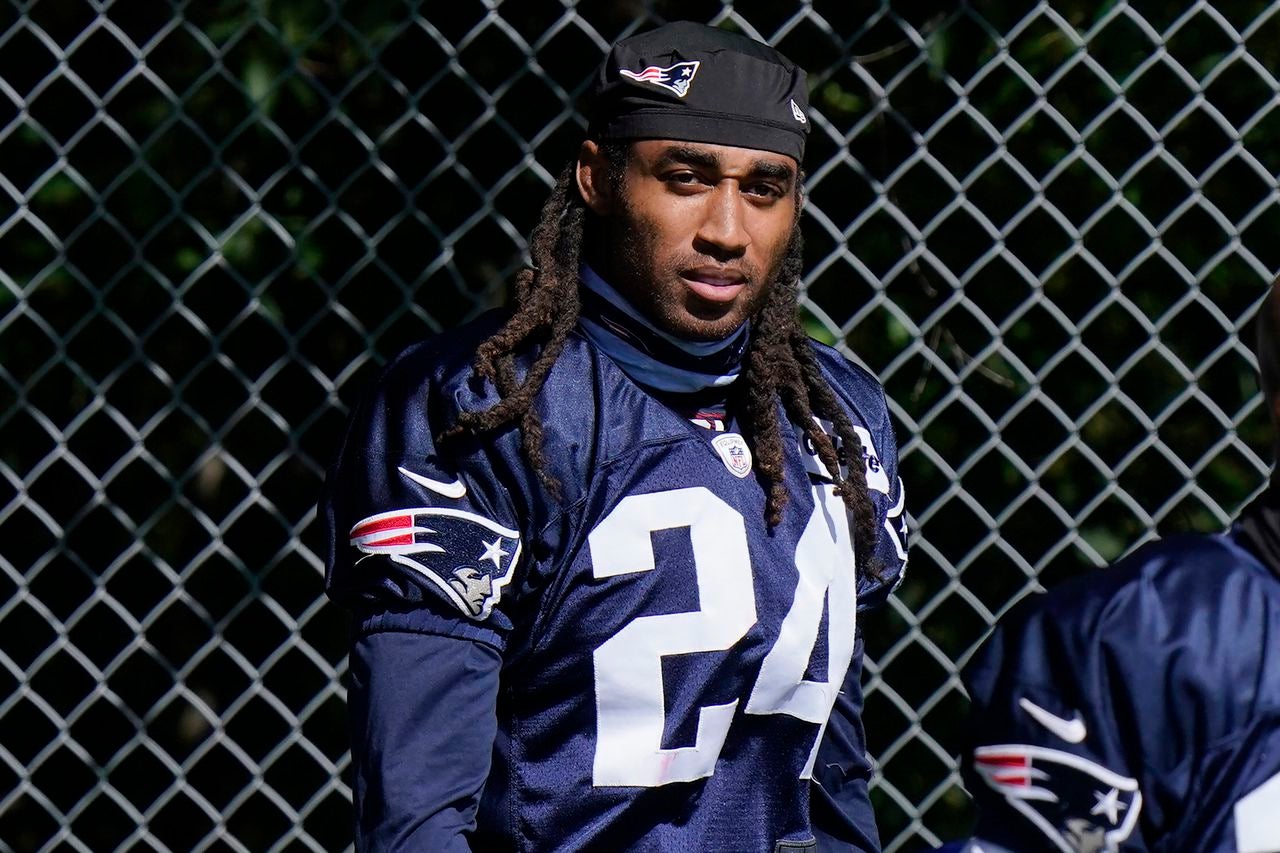 Stephon Gilmore was a college classmate of Jackie Bradley, Jr.

J.C. Jackson: He considered quitting football while at Riverside City College, but his former defensive coordinator convinced him to stick with it.

Jonathan Jones: He is a car enthusiast, according to former teammate Nate Ebner.

Jason McCourty: He and his twin brother Devin served as the 2019 commencement speakers at their alma mater, Rutgers.

Joejuan Williams: He wanted to teach himself how to play the piano last season.

Terrence Brooks: He is a keen photographer.

Adrian Phillips: He can play the piano.

Joe Cardona: A graduate of the Naval Academy, he was promoted to lieutenant last June, on the same day as the Patriots ring ceremony for Super Bowl LIII.

Matthew Slater: He briefly served as the water boy when his father, Jackie, was an offensive tackle for the St. Louis Rams. 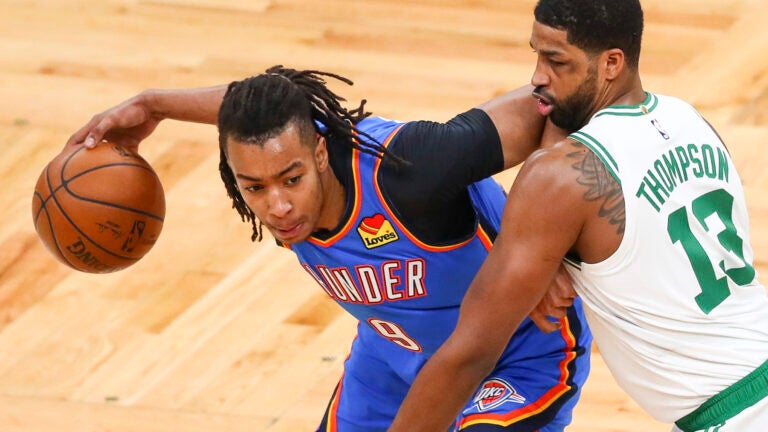