FOXBOROUGH — All Patriots stood for the national anthem during their season opener Sunday afternoon against the Miami Dolphins.

No players locked arms, nor did any raise their fists.

The Dolphins stayed in the locker room, a decision the team announced Thursday in a two-minute video that condemned the league for its “fluff and empty gestures.”

“We don’t need another publicity parade,” the players said, “so we’ll just stay inside until it’s time to play the game.”

Twenty minutes before kickoff, the Patriots lined up in the end zone for a pre-recorded performance of the Black national anthem, “Lift Every Voice and Sing,” by Grammy Award-winning Alicia Keys.

Players stood together along the goal line and were joined by the coaching staff as well as Patriots owner Robert Kraft and team president Jonathan Kraft.

The jumbotron played a short video, narrated by actor Anthony Mackie, to explain the origins of the Black national anthem, which was first written as a poem in 1900.

“At the dawn of the 20th century, America was a country full of promise and hope for many,” read Mackie. “Black Americans faced a different reality a nation separate and unequal, yet their hope persisted. Pained by inequality but inspired by resilience, writer and civil rights activist James Weldon Johnson put pen to paper. His words would become a unifying call, a hope for a brighter tomorrow, a timeless exhortation to lift every voice and sing.”

This season, for at least the home openers, the NFL has painted “End Racism” and “It Takes All of Us” above the team names in the end zones. Additionally, players wore warmup shirts that bore the phrase, “Injustice against one of us is injustice against all of us.” 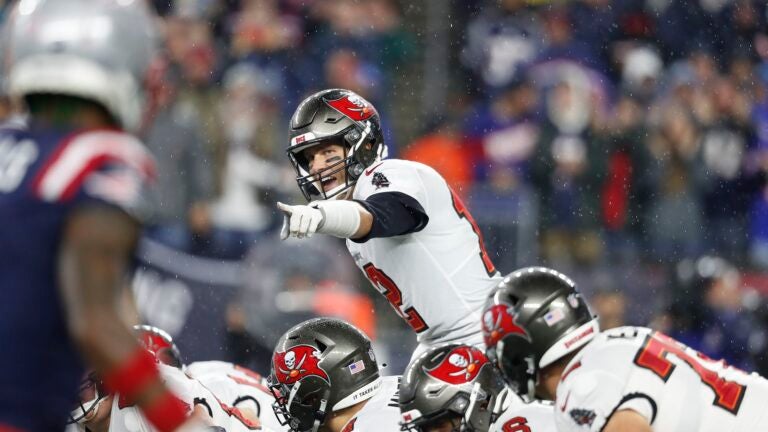