A minor scuffle broke out in the waning seconds of the Patriots’ 21-11 win over the Dolphins Sunday afternoon when it appeared at least one Miami player tried to rip Cam Newton’s gold chain off his neck.

The exchange began when former Patriot Kyle Van Noy gave the quarterback a slight push after he took the final kneel-down of the game. Then Elandon Roberts, another former Patriot, jawed in Newton’s face before the two had to be separated by teammates.

During the scuffle, it appeared that Dolphins defensive linemen Christian Wilkins and Raekwon Davis grabbed at Newton’s chain.

Newton, who rushed for a pair of touchdowns and added 155 passing yards in his Patriots debut, addressed the exchange on Instagram later Sunday in a post:

A number of Patriots commented on the post, including wide receiver Julian Edelman, who wrote: “Get goosed in the city, get your purse took… LFG bra bra!!!!!!!!”

Shaq Lawson, who was also in the middle of the scuffle, wrote: “We don’t want that weak [expletive] chain.”

On WEEI Monday, Newton said the chain grabbing was a sign of disrespect and explained the importance it.

“On a serious note, it is a chain that has all of my children and their birthstones on it,” Newton said. “You could only imagine, for all the fathers out there, any type of sign [of] disrespect for that chain. I don’t wear chains to represent my hood, which I should. I don’t wear chains with thug life on it, Superman, or things like that.”

The Patriots and Dolphins will meet again in a Week 15 matchup at Hard Rock Stadium in Miami. 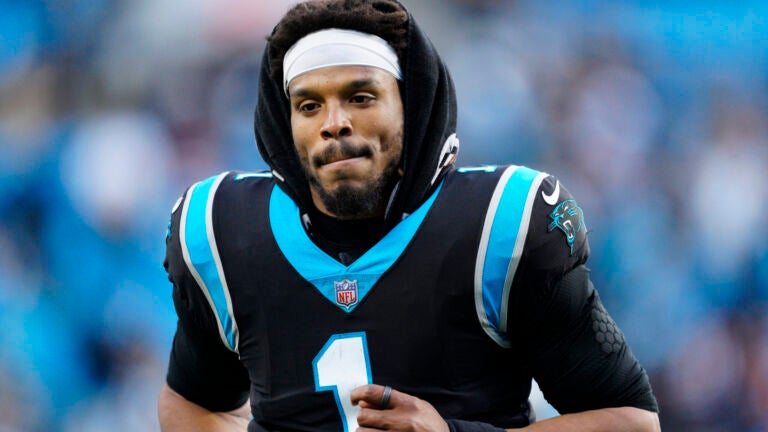